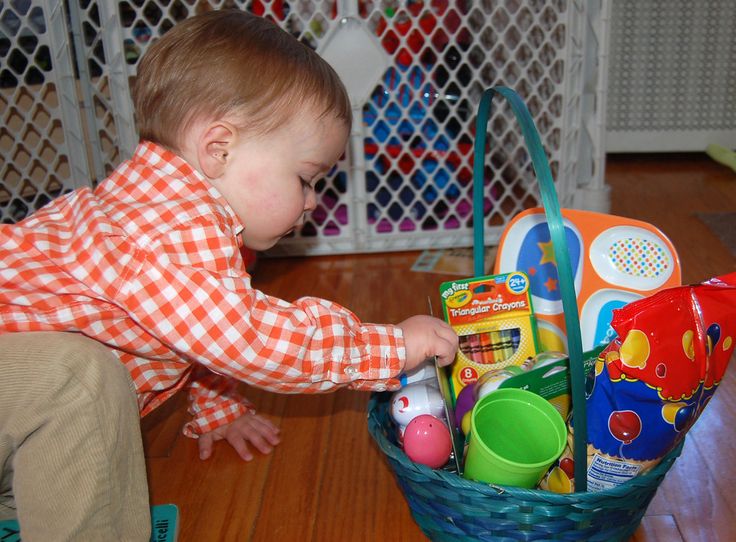 As a mother of two boys that are now 17 and 19 years old,  I have had my share of interesting conundrums over the years. For some reason, those conundrums seem to always occur when I was home alone with my boys. One such occurrence happened when my oldest son was about 16 months old. Dad was out of town on business, it was nice spring weather, and Easter had just passed.  I was looking forward to having a little mommy-son time, and making the most of the time we had at home alone. As many of you other mothers know, things seldom go like we envision them going.

This day began with us sitting in the floor playing. My son decided he wanted us to go back through everything he had gotten from the Easter Bunny. We emptied his basket and looked at each toy, each egg,  and each piece of candy.  Shortly after getting all this out, he moved on to other things. For some reason I thought it was a good idea to use this time to knock out a few chores before lunch time. How many of you mothers know that you should never turn your back on toddlers?  Well, I had not learned that lesson at this point in my motherhood journey. I have since then wised up and learned a little bit.  One such thing is if I leave them unattended, I deserve whatever they give me.

Well, I was not expecting what I got this day.  We started picking up all his toys, and Easter goodies when I noticed a faint blue line between his nose and mouth. At first I thought “that vein is sure standing out this morning,  I have not noticed that before.”  However, as I pulled him closer I could see it was something blue running out of his nose.  This brand new, 23 year old mother started getting a little rattled.  I asked him if he had put anything up his nose.  You know what I got? That look that says “yes mam I sure did, but there’s no way I am going to say anything about it.”

This day became a milestone for me: this is the first time I find it necessary to play “FBI agent”  with one of my children. This occurs when you realize that you have to figure out what is going on with little to no help from the child in question. New mothers, I  you may want Togo ahead and start watching crime shows, reading forensic books, talking to scientist, whatever you can do to build and sharpen your “FBI agent skills.” You will need them often. Especially if you have a boy or two in your home.

After quite a bit of examining, I discovered that he had in fact put a piece of blue candy from his Easter basket up his nose. It was so far up his nose  that I could barely see it with a flash light. No way I would ever reach it. As if that’s not bad enough, he is not old enough to understand me when I tried to get him to blow his nose. What do we as mothers do next? We call the daddy, right? Why did I think he would have any solutions from 6 hours away?  Once I realized that he had no solutions, it hit me: I am gonna have to take this child to the doctor to get this candy out of his nose!  Then the momma drama kicks in and i start getting concerned about what the doctor, the nurses, and other patients are gonna think about us.

After enduring this episode on the phone with me, my sweet husband try’s to calm me down. He assures me that I may not have to go to the doctor. “Just call your mother,” he said. I guess he assumes that a mother of 6 should know everything. At this point I was willing to try anything to avoid going to the dreaded doctor. Taking his advice, I called my mother still in a panic.  I explained to her  the situation, and she just chuckled. “First thing you need to do is calm down,” she said.  As if this was no big deal, she instructed me to first cover the nostril without the candy with my thumb.  Next she told me to  put my mouth over his mouth and blow.  To my amazement, that candy shot out of that kid’s nose!

Let’s just say that was not the last conundrum for which I had to call in reinforcements. Life as a mother is not for the weak. No matter how inadequate or ill-prepared we feel at times, we have been gifted with certain skills. Yet there are numerous bumps in the road that we do not know how to handle. At these times just remember that many mothers have walked this road before you. When you find yourself in one of this conundrums,  ask for their advise. It will more than likely provide a chuckle for them and a life lesson for you.

I am an educator, Pastor's wife, and mother of two boys ages 17 an 19. I have had some wonderful experience and learned many lessons over the past 20 years.  I enjoy sharing these with others, especially young mothers. We leave lived in Mississippi our whole life, but in several towns.