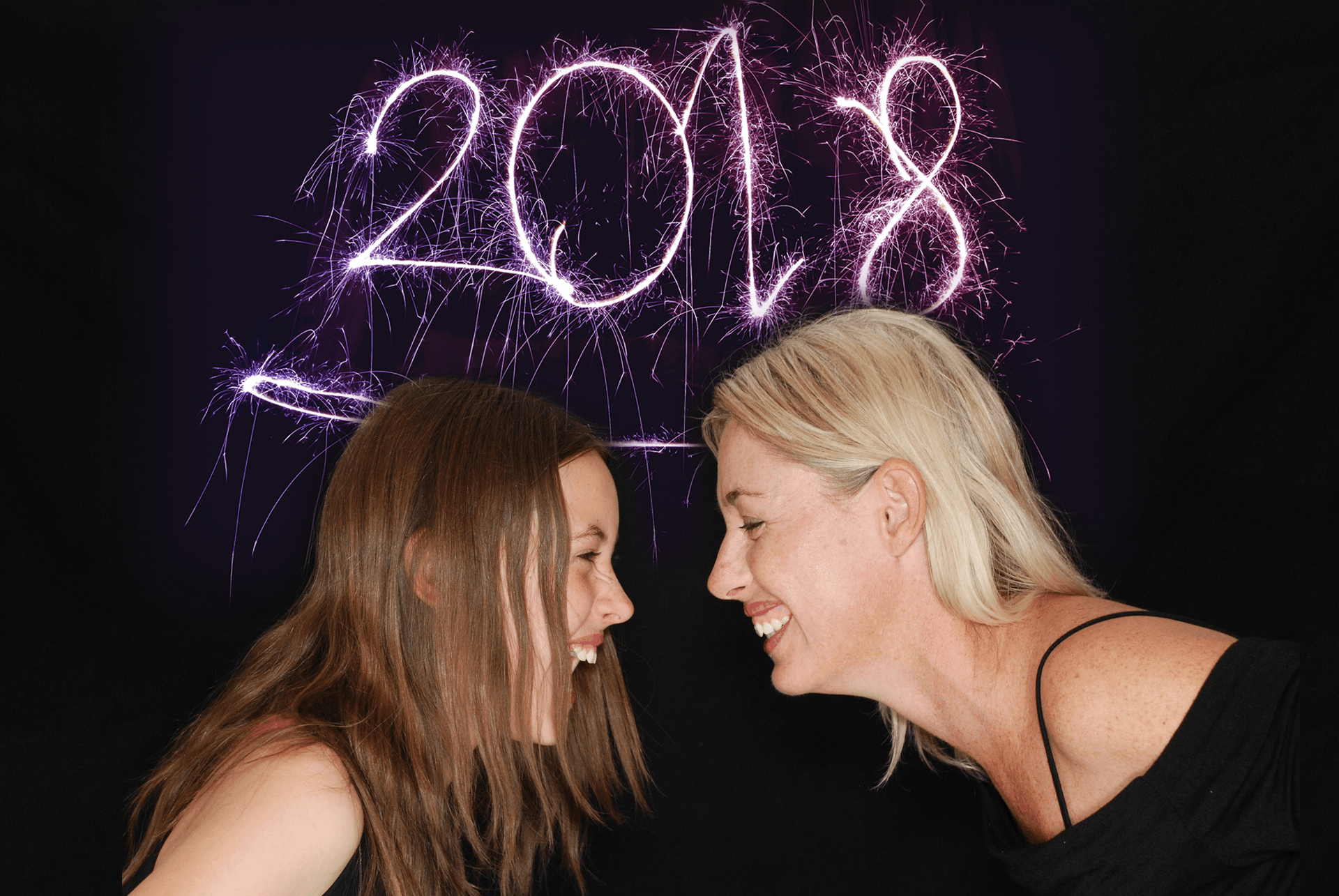 What is your favorite memory of New Year’s Eve? The Times Square Ball Drop? Fireworks? Kissing your sweetie with a glass of champagne in hand? My former New Year’s Eve tradition involved a Twilight Zone marathon followed by an 8 p.m. showing of When Harry Met Sally. Timeless, but not my favorite New Year’s Eve memory.

The memory of that night shares the distinction of being the last time I was awake at midnight. I remember hanging up our dog’s leash on the hook by the door, then suddenly a contraction literally brought me to my knees. I couldn’t really be in labor on New Year’s Eve, I rationalized. I had to meet my parents and my brother for dinner. About five minutes later as another contraction curled my toes to my hair, I realized I would have to cancel my dinner plans. I stayed home until I realized I was in so much pain, I literally could not put my socks on my feet without doing some rhythmic yogi rocking I had learned on YouTube (didn’t really help, by the way).

As my screams finally abated, I realized I could hear Ryan Seacrest on the TV. Epidurals are beautiful things, but I did not hallucinate the televised revelers. I remember my husband and I falling asleep (finally) to the sounds of the nurses in the hallway counting down until midnight.

Whenever I tell people my daughter has a New Year’s birthday, their eyes widen, they purse their lips and whistle low. “Wow, that’s a rough birthday,” they’ll say. I get it. Maybe it seems as though her birthday does not wholly belong to her. It suddenly somehow belongs to the masses, the hordes of freezing parade-goers and hungover sleepers-in. Over the years though, I have met many people with holiday birthdays—and each of them have their own unique and lovely story.

My daughter’s story begins in Pasadena, California, home of the New Year’s Day Rose Parade. It is a huge deal. The city starts closing highway entrances and exits around 6 a.m. in preparation for the Rose Parade celebration.

Because my daughter was born early in the morning, my family was able to get to the hospital and back to their hotel before the roads closed. They even caught the Rose Princess waving, as luck would have it. My brother lives in Austria and had visited that holiday, his first time in the United States in years. Due to the timing, he had the privilege of holding his niece mere hours after she was born. Lady Luck strikes twice.

My daughter cried non-stop those first few hours. Birth is rough for babies and mamas. And yet, she fell quiet and opened her eyes when her uncle held her. More luck. His birthday falls on Jan. 2, so I suppose they are kindred spirits.

This is why I tell my daughter she just has a little extra luck. Every year for her birthday, my daughter gets fireworks. She has a parade, flowers, floats and marching bands. She has parents who both have the day off from work together. She has balloons, and Christmas cake and New Year’s soup. A few weeks later, she can celebrate her special day all over again with her friends. Lucky girl.

Her birthday brings me luck, too. Before that fateful New Year’s, I had felt adrift. I think many of us feel that way at times in our lives. Maybe work is not going well, or you moved to a new place without friends. We feel untethered, unsure. The moment I held my daughter, I realized that I had waited my whole life just for her—my wished-for-child, my bringer-of-light.

I may not be able to stay awake for midnight on New Year’s Eve (sorry, Ryan Seacrest), but I now wake up smiling every January 1: the day of my daughter’s birth, best memory of all.

I am a working mom of one and we love to travel! Pre- and post-kiddo we have traveled across the world, and now that our little girl is in our life, we travel so we can find ways to teach her some kindness.