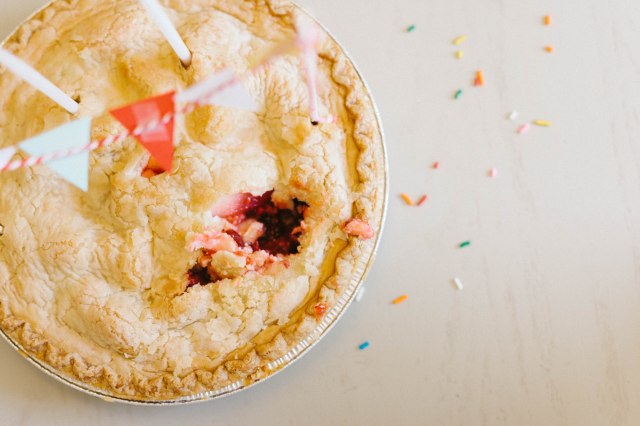 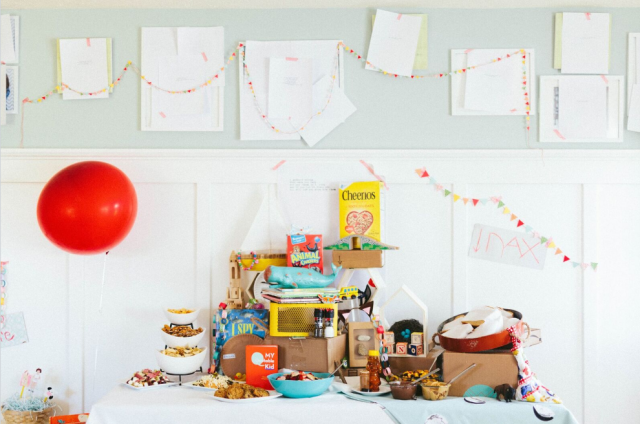 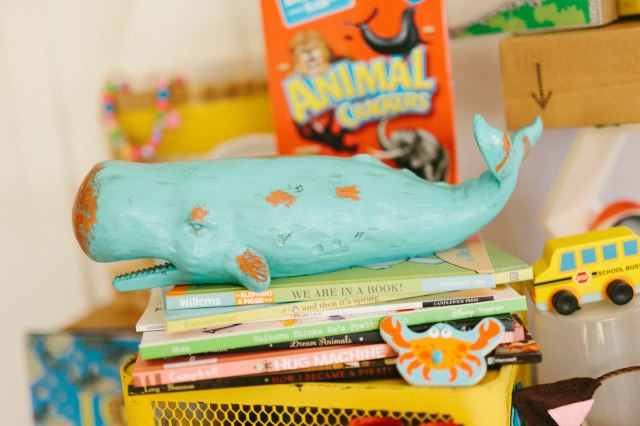 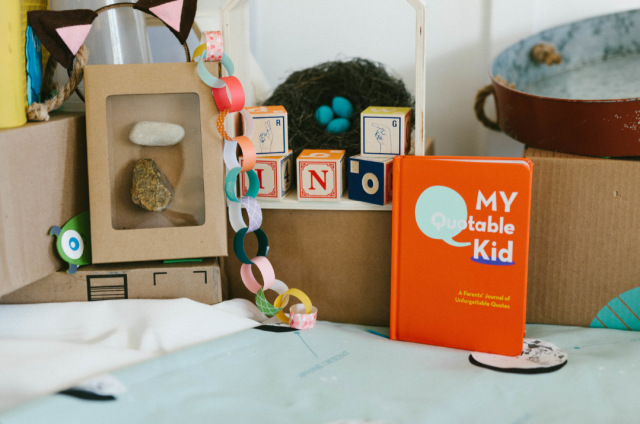 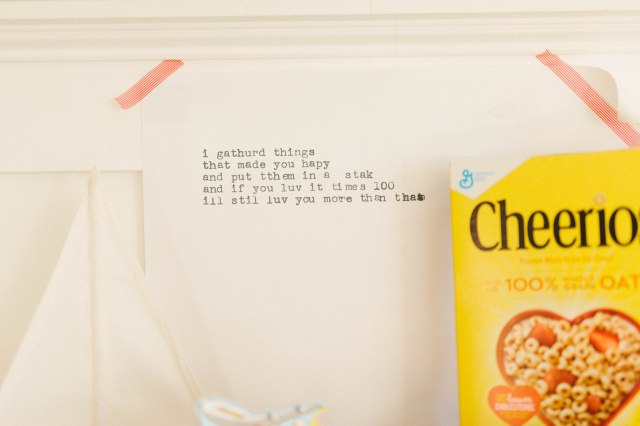 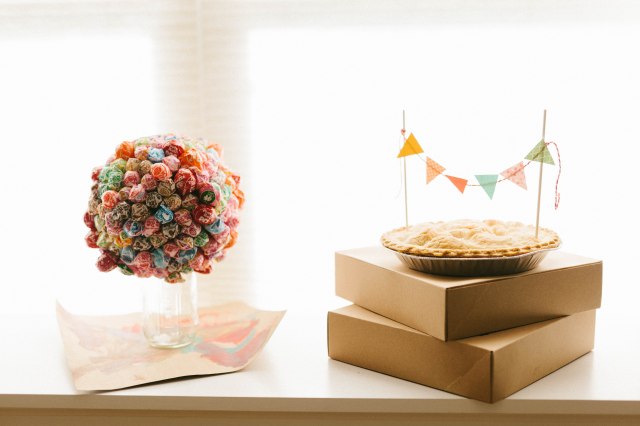 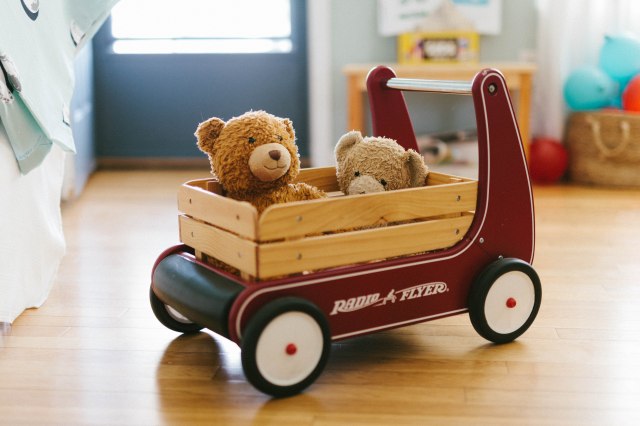 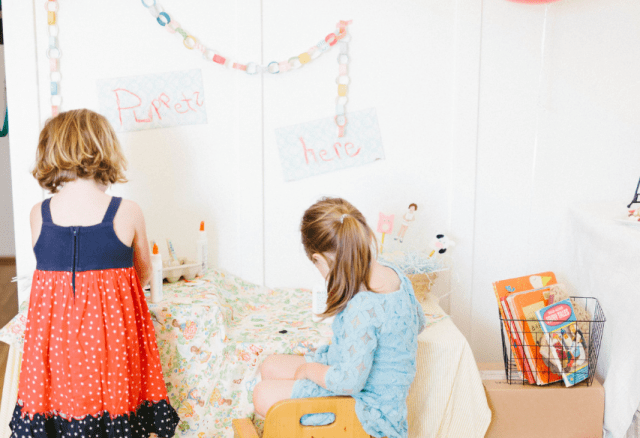 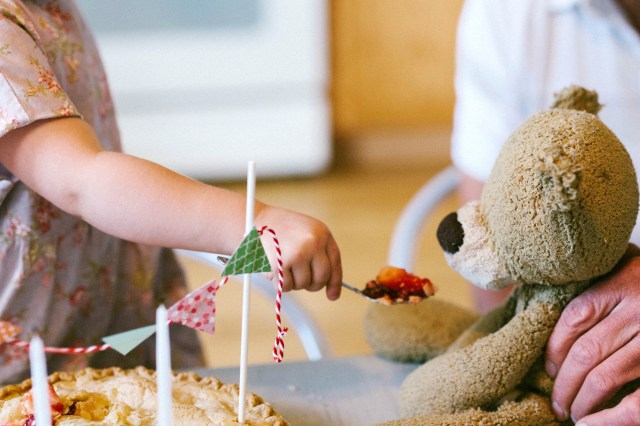 One morning, I laid Lennon (my daughter) and Ringo (her well-loved, well-worn teddy bear with a personality all his own) down with some books and blankets in her crib while I hopped in the shower. After I’d finished up, I opened the bathroom door to find Ringo standing right behind it.

“Yoyo!” (That’s how my daughter first pronounced the name “Ringo”, so it’s become his nickname.) “You startled me!” I said. “What’s wrong? Is Lennon OK?” He assured me everything was fine. In fact, Lennon was sleeping peacefully, which was why he was able to sneak away and come see me. He said he needed to tell me a secret.

I was a little worried. I’ll be honest, I had no idea what he was going to say next, but I thought, “If he admits to being the one to tell Lennon to take off her diaper in the middle of the night and practice finger-painting, I’m going to be more than a little mad!” (Argh! Why must this be a phase for toddlers? Haven’t they grossed us out enough already?) It turns out, I wasn’t even close.

He told me he wanted to throw his best friend (my daughter) a surprise birthday party. I hadn’t been expecting that, and had to mull over the idea for a minute. I’ll admit, I love planning parties, and I was looking forward to the start of planning Lennon’s 2nd birthday, so handing over the reins entirely would take quite a bit of effort. But, I looked down at my daughter’s best friend- the one whom she bonded with when she was as young as 7 months old, and who has followed her everywhere every moment since- and it occurred to me…he might know her in different and deeper ways than even I ever could. Because, when I drop her off at day-care in the afternoons, I have to leave, but Ringo gets to stay behind. On the playground, I might push Lennon in the swing, but Ringo gets to ride right beside her. And now, as she’s growing older, if she becomes upset when Mama or Daddy tells her not to do something, she’ll turn to Ringo for a shoulder to cry on.

It was certainly a big and unexpected request coming from such a little bear, but how could I say no? And that’s how I ended up passing the party-planning torch over to my daughter’s teddy bear. I’m happy to say that what came next was the sweetest birthday party I never threw.

Yep-I took a big step back and let Ringo handle everything, from the invitations, to the decor, the guest list, and the food. You probably already have someone in mind that you could delegate all of your responsibilities to. (Or, at least the ones that have to do with planning your child’s party. I’d hold off on handing your child’s teddy bear the keys to the car and a long to-do list…at least until after a successful trial period has been completed.) And, if that’s the case, I’d strongly encourage you to let them give it a shot this year.

Everyone absolutely melted over the details Ringo created and I loved seeing family and friends consumed by the whimsy of childhood. (Not to mention, woo’d by Ringo’s natural charm!) Overall, not a bad way to spend a birthday.

Having watched Ringo lovingly plan a party for his best friend, the first thing I noticed was this: These teddy bears, dolls, and action figures (going forward I’ll refer to them all simply as “friends”) don’t live in the same world we do, with elaborate party themes and coordinating color palettes. They take a much, we’ll say, simpler approach. And God bless them for it, because that’s what makes the whole thing so special.

Here’s what Ringo did: he simply gathered up all of Lennon’s favorite things and displayed them in one place for her to enjoy, because, according to his fluff-filled brain, the only thing better than one favorite thing is a WHOLE PILE of favorite things!

So here’s the first thing you need to do if you want to create your own version of Ringo’s surprise party that is unique to your child: Brainstorm a list of everything that makes your son or daughter happy. It can be anyyything. Dolls and dump trucks are no-brainers, but what about mud puddles? Robins flying by? The sound of the school bus? It might be more difficult than you think so, with the help of Ringo, I created a list of questions for you, in case you get stuck:

-What are you always finding in their pockets? -What elicits a giggle or a scream of delight? -What makes him run to the window and peer out? -Where does she always ask to go? -What kinds of noises or sounds does he make? (Does he cheep like a bird, whistle, growl, gurgle…) -What food do you have to set limits on in your house, otherwise you’ll risk it disappearing overnight? -What are you cooking up in the kitchen when she asks to lick the spoon? -What tasks take longer because he insists on doing them himself?

Your son or daughter’s furry friend takes note of all of these things too and wants to fill your child’s special day with as many of them as possible. Gathering all of these items (or representations of them) and placing them in a big pile is all that has to be done to create the focal point of the party.

This is a poem that Ringo wrote for Lennon, but I bet it applies to your child and their best friend too. I’d recommend putting it somewhere near the stack of their favorite things:

That made you hapy

And put them in a stak

I’ll still luv you more than that

Now it’s your turn. Ringo and I are dying to know….

I want to hear all about their antics in the comments below!

Also, if you know anyone (young or old) whose stuffed animal was the peanut butter to their jelly (or the Ringo to their Lennon) pass this on to them, will you? You never know what memories you might spark or the friendships you might rekindle.

Sheila's love of children has led her to explore many titles: teacher, party-planner, mom. Most recently, she's chosen the role of business-owner. Combining everything she's learned up to this point, she created Thrown: an eco-concious company that designs creative party decor, and delivers imaginative birthday adventures right to a child's doorstep. (www.partythrown.com)