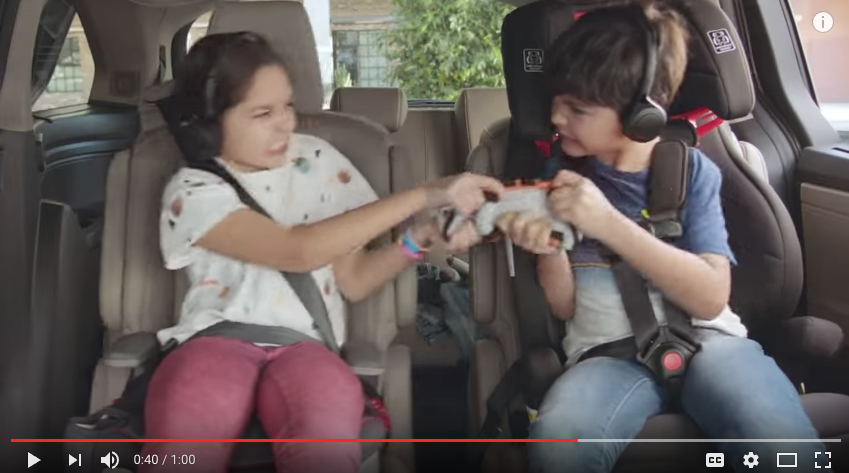 If you’ve got more than one child, you’re probably no stranger to the epic sibling spats that can make even the shortest of drives unbearable for parents. The 2018 Honda Odyssey hopes to usher a new era of peace to the family drive with its “Magic Slide” second row seats, an innovation that puts some space between bickering duos faster than you can say, “Are we there yet?” 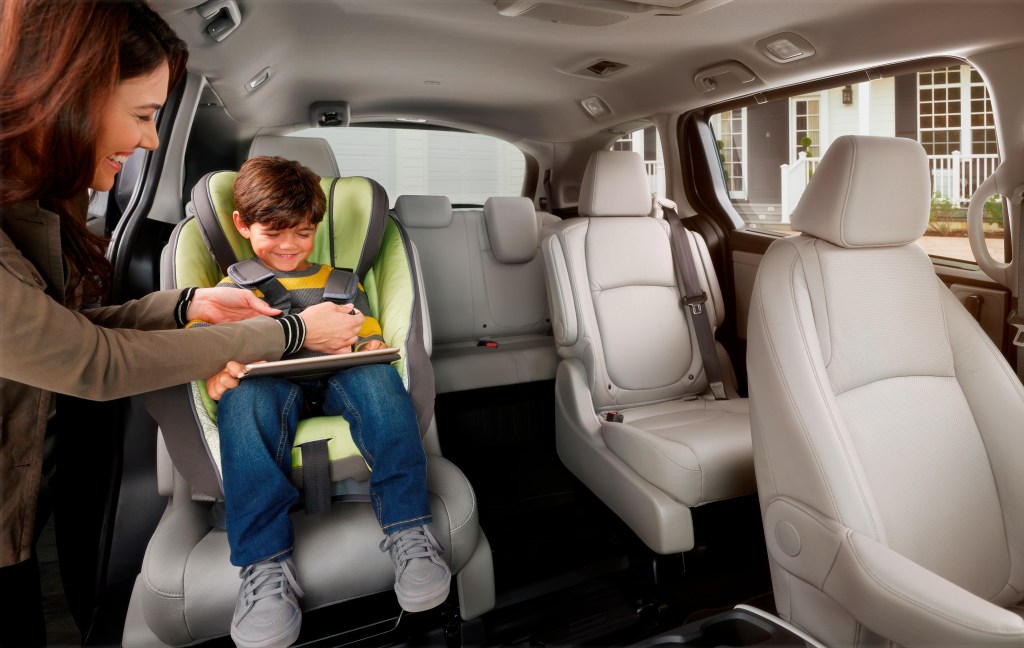 Officially, the Magic Slide seats, which pull the two captains chair seats apart at the pull of a lever, are designed to offer an easier throughway for kids sitting in the third row. Unofficially (and most importantly, we think!), the maneuver gives parents an easy way to stop seat-to-seat skirmishes. Got problematic passengers? Pull that lever and — wham! — the seats slide apart like the parting of the Red Sea. Another bonus: the seats can still move back and forth even when each has a car seat installed, so parents don’t even have to worry about reinstalling bulky infant and toddler seats just to keep the peace.

Another seat-sliding feature allows the center seat (when installed) to slide forward so that kids can be within arm’s reach of parents endlessly handing them snacks and dropped toys. 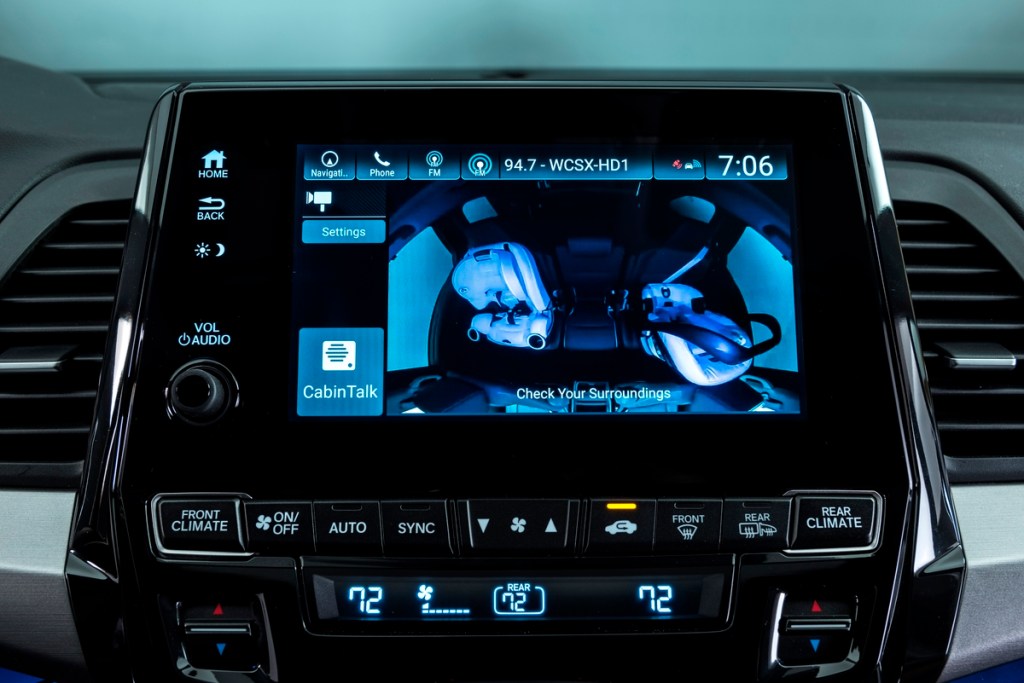 And there’s more!
These aren’t the only perfect-for-parents features Honda is offering with its spruced up 2018 model. The new “Cabin Watch” system uses a wide-angle camera mounted to the ceiling to let the driver and front seat passenger keep an eye on the second and third row seats. It can even see in the dark, so no need to shine a light on your snoozers if you want to check on them when they’re knocked out in the back.

Need to tell your kids something but they just won’t listen? Summon the “Cabin Talk” feature (Honda reps reportedly call it “The Voice of God) which lets parents in the front seat project their voices to the rear seat entertainment system headphones or speakers. That’s right! You don’t even need to scream “Stop fighting!” You can just speak it straight into their brains.

And, since the Odyssey is, first and foremost, a kid mover, there are a host of other family-friendly features including in-car Wi-Fi, drop-down (Wi-Fi connected) TV screens and a built-in vacuum.

We knew you were a “mom car” for a reason, Honda Odyssey. Well done.

Click on the video below to see the latest commercial, which shows Magic Slide seats in action.

Do these new features sound good to you? Tell us your thoughts in the comments below.