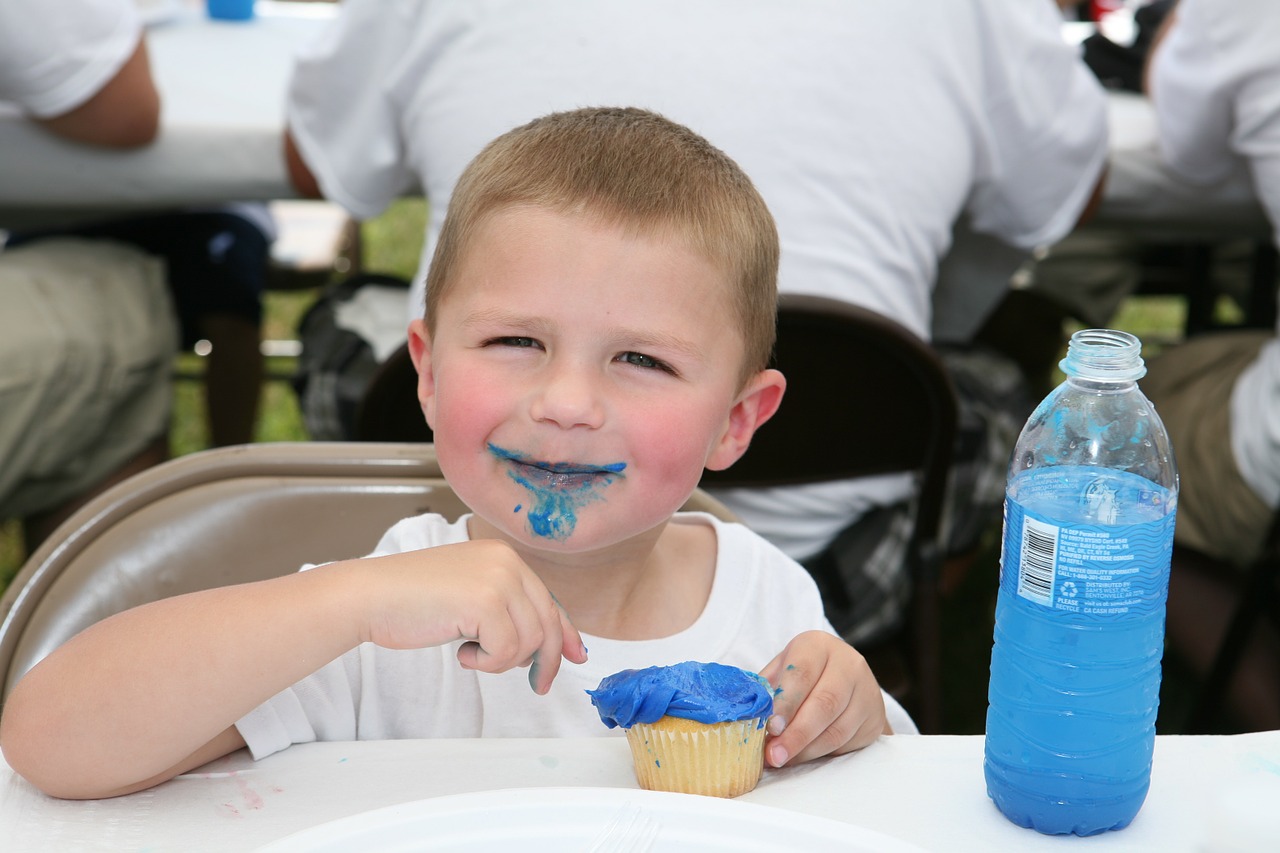 There are so many things to think about when you’re a parent in regards to what you feed your kids.  Avoiding high-fat, high-salt processed foods and encouraging them to eat their fruits and veggies and drink plenty of water can be hard enough!  But what about the other stuff that goes into foods, stuff like food dyes?  How much should a parent be concerned?

A Brief History of Food Dyes

According to Forbes Magazine, natural food dyes began to be manufactured in the 19th century. However, natural was not the same thing as healthy back then and some of these dyes were found to be hazardous due to ingredients like mercury, lead and copper. This led, in 1906, to stricter regulations on food dyes to protect the public health and as those laws became even stricter, by 1938, there were only 15 dyes left that were still on the market.

Today, there are only seven dyes left that have the FDA approval for safety – but they are incredibly widespread, found in sodas, candies, popsicles, yogurt, and even foods like boxed macaroni and cheese, sausages and chips.  They are also used in a variety of non-food items like cough syrups, shampoos and toothpaste, items that children come into contact with on a regular basis.

So what is certain – or uncertain – about these dyes?

What We Do Know…

What we do know is that, according to Healthline, some people are naturally sensitive or intolerant of food dyes: their systems simply are not able to break the dyes down properly and this can lead to a range of digestive problems.  However, a smaller percentage – between 2% and 7% of the population – are actually allergic to these dyes.  An allergy is different than an intolerance: it involves the body’s immune system and can be a more serious situation.  Healthline reports that several of the dyes currently approved by the FDA do have a history of causing allergic reactions. These include:

Carmine, a widely-used red food dye made from crushed beetles that has caused anaphylactic shock – a serious, even life-threatening form of an allergic reaction.

Tortrazine, also called “FD&C Yellow” has caused hives and swelling in allergic people and has also been known to provoke asthma attacks in children.

Annatto, a dye made from a specific kind of nut, has also been known to cause anaphylactic shock.

Parents whose children are allergic to dyes – or if they suspect this to be the case – testing should be done with an allergist to confirm this and food labels will need to be read carefully in order to avoid exposure.

..and What We Aren’t Sure Of

There are some things about food dyes, however, that we are still not sure of.

The first – and one of the most controversial – is the link between food dyes and ADHD. Several studies have shown a link between these dyes and hyperactive behavior and this has led to the European Union (EU) to require warning labels to be put on products which contain these dyes. For example, according to Live Strong, in 2009, an analysis of 15 other studies found that these dyes did increase hyperactivity in children who were already hyperactive, while a paper published three years later concluded that they affected both ADHD and non-ADHD children.  However, other studies have not found this link and the topic remains one that has yet to be resolved.

Perhaps more serious is the potential link that has been found between food dyes and cancer. The Live Strong site reports that past studies have found that the dyes can cause changes in the DNA that can potentially lead to cancer. However, it should be pointed out that all of these studies have been done on laboratory animals and that, to date, no human studies have been able to establish a similar relationship. That is why the FDA, which tries to use the best science available to help guide its policies, still allows those seven dyes to be on the market.

In short, then, the link between food dyes and cancer or ADHD has yet to be proven, but what is established is that at least a small percentage of children have potentially serious allergies to these food additives. Parents of this small minority should exercise caution in what they give their children to eat since their presence is so widespread.