Think battle reenactments are just for war wonks? Think again. Assemble your troops and march on over to one of the upcoming Civil War reenactments, popping up all over the country in honor of the war’s 150th anniversary. With beautiful fall weather just begging us to get the kids outside, you won’t find a venue better than a battlefield (cannons, bayonets, and staged gun smoke with explosions, anyone?) to amaze and astound your crew. While these reenactments spare the gore—they don’t spare the artillery—so be sure to find a spot with good visibility but far enough away from the big guns to protect little ears. And, while you wait for the battles to begin, make sure you check out the tents and other displays to learn about life during the mid-1800s. As getting your kids excited about history is half the battle. 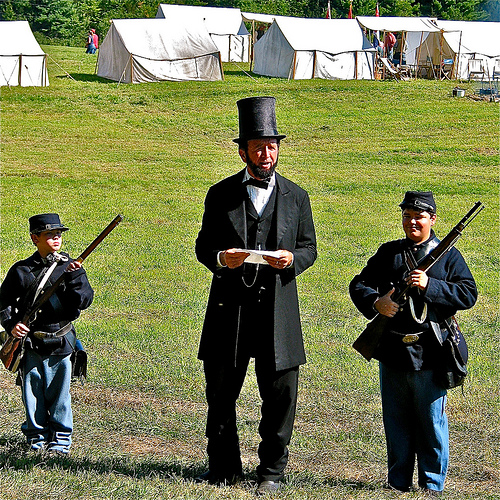 Andersonville
Once the site of the Confederate Prison during the Civil War and now a National Historic Site, Andersonville dedicates the first full weekend of every October to commemorating its part in American history. Hundreds of Civil War re-enactors make camp and stage two battles during the weekend, while exhibitors and vendors of Civil War-era clothing, crafts, and trades will keep the kiddos engaged between battles. Entertainment, including live music, puppet shows, and dancing, lend the weekend a festive atmosphere, while the museum and relics of the prison remind visitors of Andersonville’s austere past. Located about two and a half hours from Atlanta, the planners timed the battles just right so that day trippers could have coffee on Peachtree Street and still make it in time for the re-enactments, at 3:00 p.m. on Saturday and 2:00 p.m. on Sunday. Go on Saturday, however, to catch the 80-unit parade at 11:00 a.m. 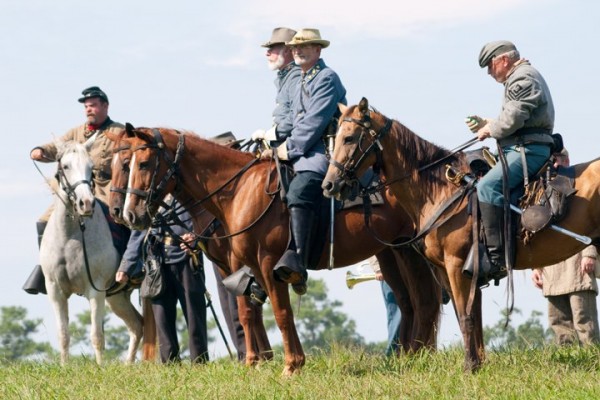 Nash Farm
Once the location of a decisive battle in the Atlanta Campaign, Nash Farm Battlefield Park will play host to a reenactment of the Battle of Utoy Creek on November 2 and another battle will be re-enacted on November 3. Each re-enactment will take place at 2:00 p.m.; however, head over on Friday for “Education Day,” where the kids can talk with period mapmakers, pick the brains of Civil-War era medical experts, and check out the artillery. The battlefield opens at 9:00 a.m. everyday, and don’t forget your sunscreen, tennis shoes, and camera! 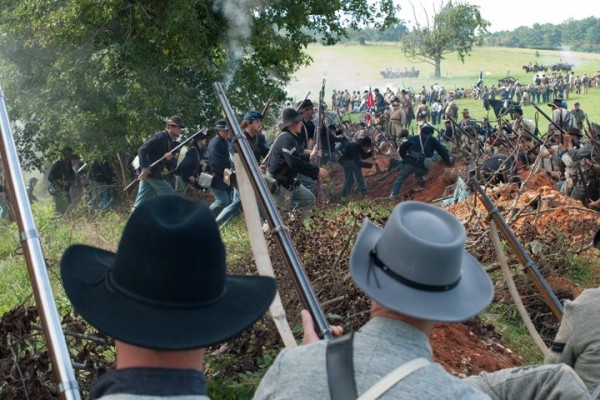 Fort McAllister Winter Muster
We’ve all lived in Georgia long enough to have heard at least one reference to General Sherman’s fiery march to the sea, and on December 14, you can finally seek closure as you watch the re-enactment of his last command of taking Fort McAllister, near Savannah. In addition to witnessing the military and national significance of this moment in our nation’s history, you’ll also be positioning yourself near the Georgia coast for a nice little reprieve from the typical holiday bustle! Now that’s what we call a tactical advantage! 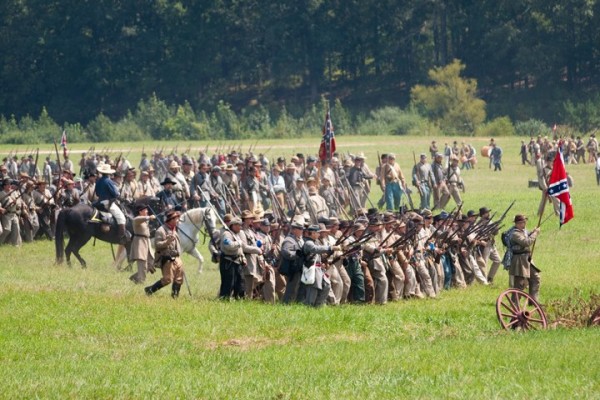 Can’t make a day trip out of the re-enactments listed above? Not sure your little is ready to witness an actual battle just yet? Have no fear. Below are a few other Civil War- themed options to consider.

McDaniel Farm, Duluth
Visit the McDaniel Farm on November 16 from 10:00 a.m.- 4:00 p.m. for a living history demonstration of what Christmas was like in the 1860s, then take in a Civil War camp (complete with bayonet practice), and finish the day off with some holiday crafting! While you’re there, you can explore the farm on a hayride. (3251 McDaniel Road, Duluth, GA, 30096)

Atlanta History Center
Smack in the middle of Buckhead, you can visit the Smith family farm, which was spared the destruction of the Civil War due to it’s original location east of Atlanta. Moved to the 33-acre Atlanta History Center in the 1970s, it’s now a time capsule that shows exactly how Georgians might have lived during the era of the Civil War. (130 West Paces Ferry Road, NW, Atlanta, Ga, 30305, Sunday – Friday 10:00 a.m. – 5:30 p.m., Saturdays 12:00 p.m. – 5:30 p.m.) 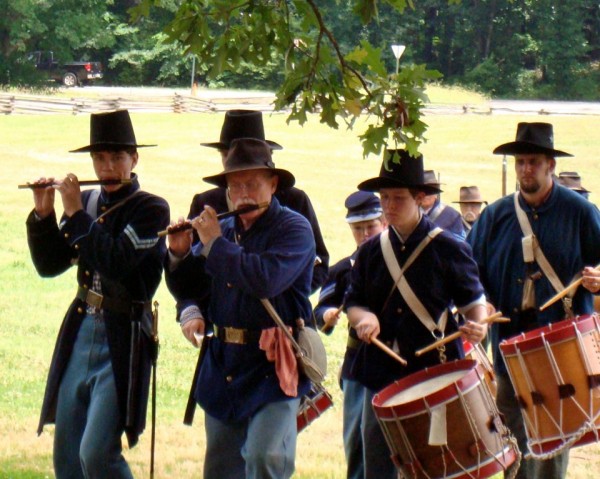 Where do you take your troops to learn about history? Tell us below!