If getting in shape was on your new year’s resolution list, make it a family affair. Bundle ‘em up and hit the pavement on a traffic-less trail that makes for a smooth and safe ride for strollers. Strap your little one into a jogging stroller to see Atlanta in a whole new way on one of these stroller-friendly running trails. 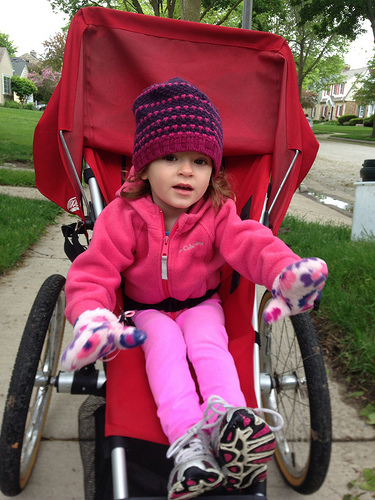 Piedmont Park
This Atlanta green space boasts 4 running paths, ranging from under a mile to a loop around the whole park, measuring out at just over a mile and a half. Most of the running paths offer shade and beautiful views including the city skyline, and the hills are minimal. Parking can be found in the Sage Parking Deck, ranging from $5-$15, and bathrooms are centrally located at the playgrounds so do a lap and then let them out to stretch their own legs. Click here to plan your route. 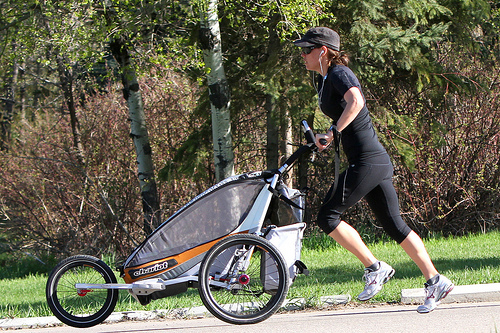 Chastain Park
This North Fulton park offers 3 paths, two separate 3.1 mile loops and an additional 1.5 mile loop that shares space with the longer paths.  The path is mostly paved and hilly, including several steep hills.  The path is well-lit for early morning or evening running.  Keep your eyes peeled while you’re on your run—celeb sightings are frequent at Chastain Park. You’ll find the best parking in the red lot off of Powers Ferry Road between the Horse Park and amphitheater, and restrooms are located at the Tennis Center and Golf shop, both found on the smaller loop. Click here for a map of the park.

Stone Mountain
Circle Atlanta’s biggest rock on a 5 or 8 mile route, both which wind around the giant granite mountain.  Both paths include sections of on-road running but have well marked jogging/biking lanes. The 5 mile loop has gently rolling hills while the 8 mile route includes several steep hills but better views, particularly of the lake. Both paths begin at the same point near the railroad station and the split after 2 miles. The railroad station is also the best place to find a restroom, although other bathrooms can be found along the path. The closest parking lot to the beginning of the paths is the main entrance lot, and parking is $10. Click here for maps to all the trails in the park. 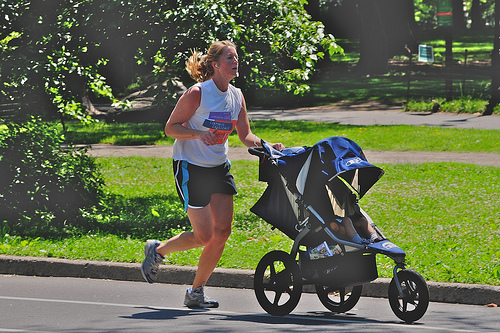 Freedom Park and the Beltline
Freedom Park, a  35 acre park in the heart of Atlanta has an out and back running path just under 6 miles in length. You’ll run past historic sites like the Carter Center and the Martin Luther King Center as well as art installments along the path. Street parking is available. The Freedom Park trail runs over The Beltline, Atlanta’s green space revitalization project. The Beltline offers walking and jogging trails all throughout the city, but the most popular path is the East Side trail, a 2.25 mile path that currently runs from 10th and Monroe Street near Piedmont Park to Irwin Street and winds through Virginia Highlands, Poncey-Highlands and the Old Fourth Ward/Inman Park neighborhoods. Click here for a map to the Eastside trail.

Do you like to run with your tots in tow? Share your favorite spot to stroll with us below!