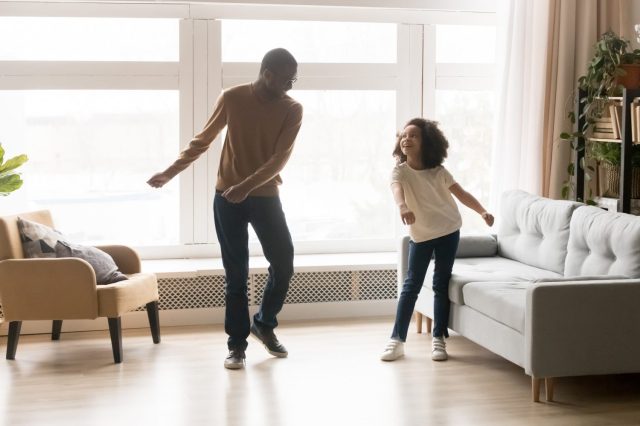 35 Active Indoor Games to Get Your Kids Moving 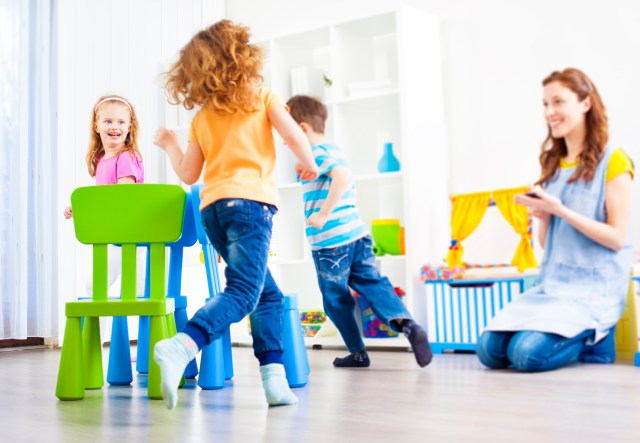 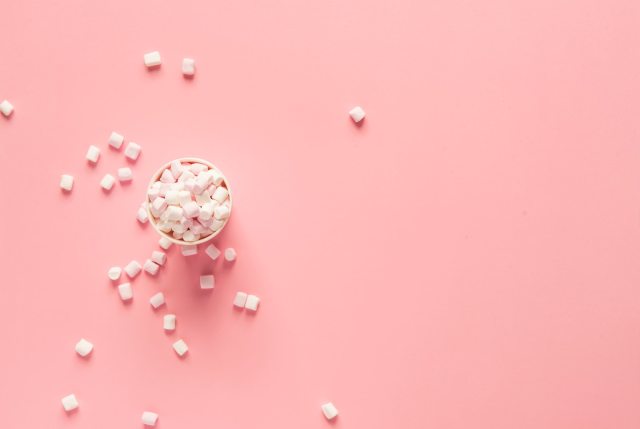 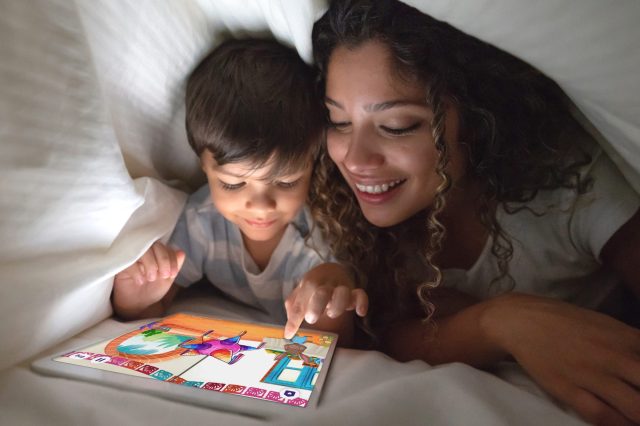 5 Things Encantos Will Teach Your Kiddo 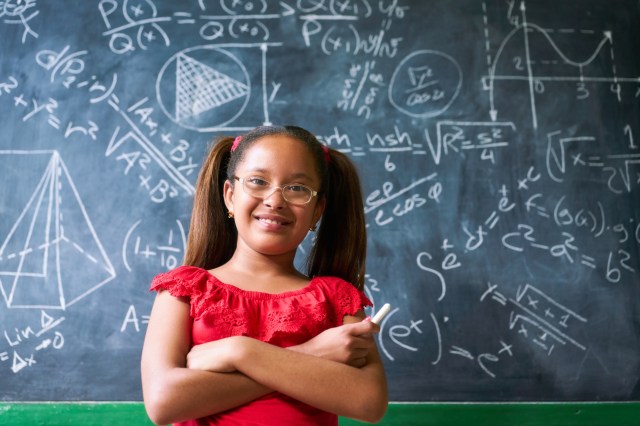 Your kids are probably really good at tapping away on a phone or iPad. But how are their old-fashioned typing skills? It matters. After all, they’re not going to be typing their future term papers on a mobile phone (we hope). Thankfully, there are a slew of fun—and free!—typing games for kids that’ll teach them to know their way around a QWERTY keyboard. Read on to learn more about these cool online games for kids.

There's a zombie apocalypse, and the first responders need your help! Become Tommy Q with his baseball launcher, and type the right letters in order to take out the zombies wandering through your backyard. Use the arrow keys to move up and down and line up with the approaching monsters. Type the letters to launch the balls and put the zombies down. Choose from easy to hard (zombie pace) and easy to challenges letter sequences (from easy to hard words, top row to bottom row). 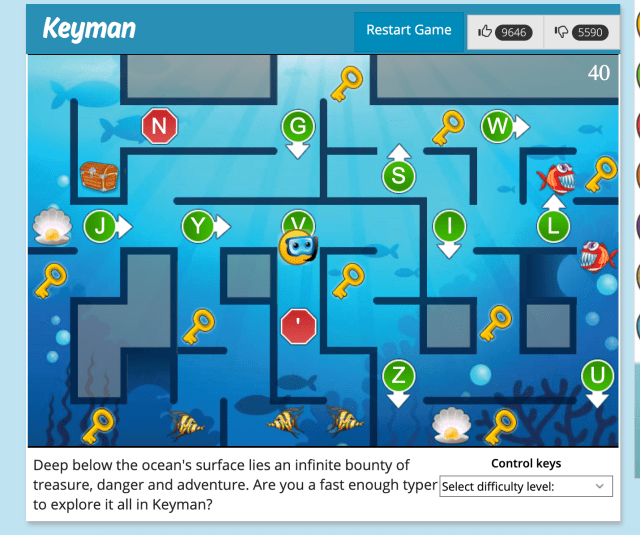 This maze-based puzzle game will have your kids guiding the world's top scuba divers through three different levels. Somewhere along the way is a treasure chest, but to open it, players have to type the number they see on the screen to move Keyman in the direction indicated by arrows (think Pac-Man but with letters). You'll face letter-eating Pirhanas, red barriers that require players to think and type ahead of time, and once you grab the treasure, there's one minute left to collect all the gold coins you see. You can select different levels of difficulty, so even the youngest kids can practice typing. 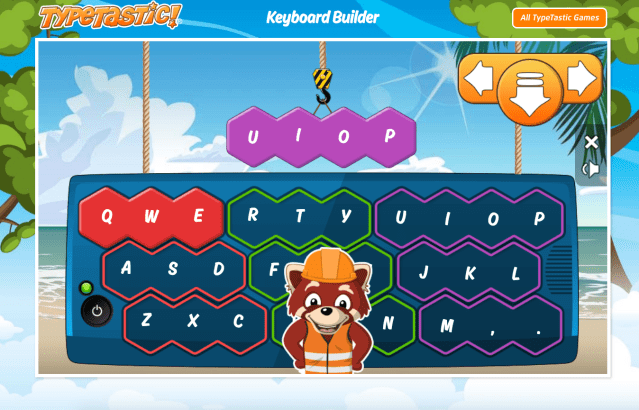 This is, in our opinion, the best typing game site available without a subscription. The site features 13 fun games, all of which were "created in real classrooms together with teachers." The approach is simple: Instead of making kids start their typing lessons using all 10 fingers right off the bat, the lessons focus on three or four keys at a time, and kids are encouraged, in the beginning, to just use one finger to type the letters. The idea is that once they know where all the keys are, they'll naturally become better typists.

The games are split into three sections: "Let's Build a Keyboard," which focuses on showing kids where the keys are on the keyboard. The first lesson, for instance, is a construction-themed game that asks kids to type three adjacent letters at a time—QWE, for instance—then guide a crane to drop the letter blocks into the keyboard grid.

The next section, "Let's Hop on the Keys," asks kids to enter specific keys, one at a time, to make something happen (there's a ducky maze game that is super-fun!).

The last section, "Keyboarding Kickstart" finally ask kids to use all their fingers to type away (each game shows kids which fingers go on which keys).

All in all—we still can't believe this site is free. 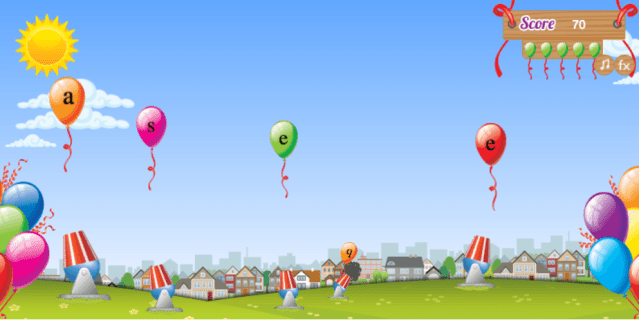 What'll keep kids playing this game (at least for a little while) is the simple satisfaction of popping a balloon. Over and over. Typists simply have to type the letter beneath the balloon before it floats away. Then—POP! There are three levels and four different keyboard regions to practice before taking on the whole keyboard.

Slice up fruit, ninja-style by typing letters that are shown beneath each fruit. The tricky part of this otherwise simple game is that if you accidentally hit the letter shown above a lit bomb, it's GAME OVER. So pay attention! The game has three levels of difficulty (parents, we invite you to TRY the most difficult level; it's hard!) and allows players to pick which section of the keyboard they'd like to practice. 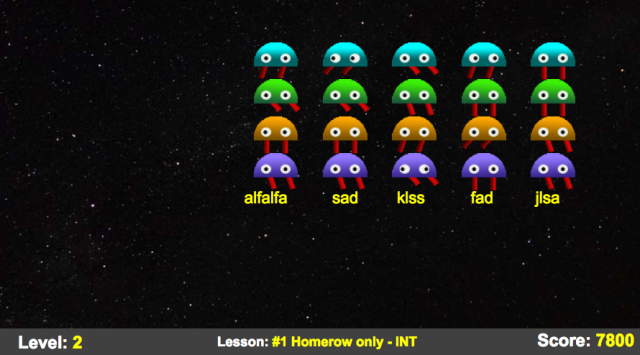 If you can get past the pop-up ads, this "Space Invaders"-style typing lesson is super fun! To play: Type the words shown beneath each alien invader to blast them out of the sky before they reach the ground. There are 40 variations of the game, each of which emphasizes a different skill on the keyboard. Typists won't just learn their letters, they'll also have to practice typing punctuation marks, capital letters and numbers. Bilingual? There are also Spanish, German and French ways to play the game. 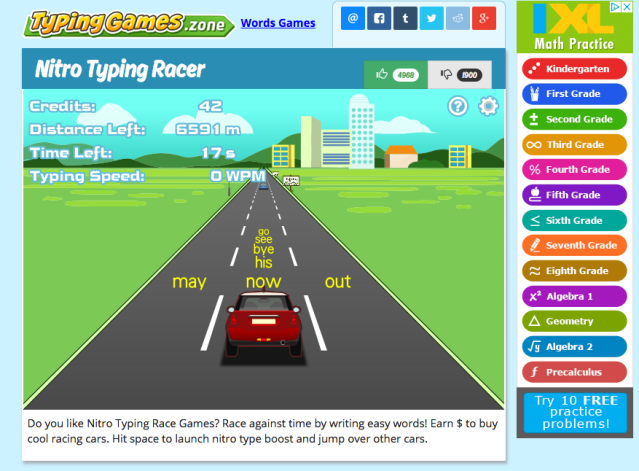 You have to watch an ad before you can start the game, but if you've got kids who enjoy race car games, this will be their go-to typing training. To play, maneuver your car around other cars as fast as you can by typing the words that appear in whichever lane you want to take. It's a lot to think about in very little time so brand new typists may want to steer themselves elsewhere.

Note: This game is made for typists who already know their way around a keyboard. 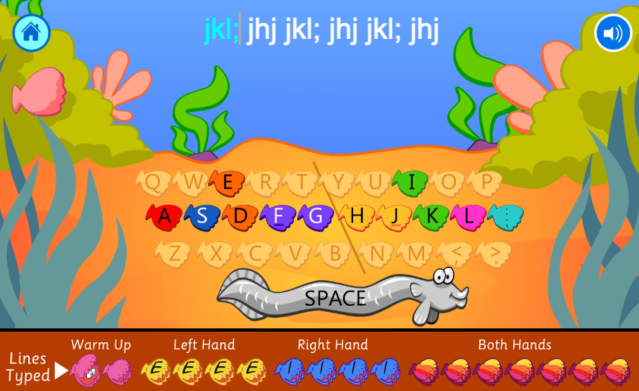 This BBC-sponsored typing program starts at the beginning by showing kids basic hand positions for typing and which fingers to use for which keys. It then lets them build on their skills slowly with the help of singing cartoon animals who act as personal coaches. At the end of each level, typists can print out a special certificate of accomplishment to reward their hard work. 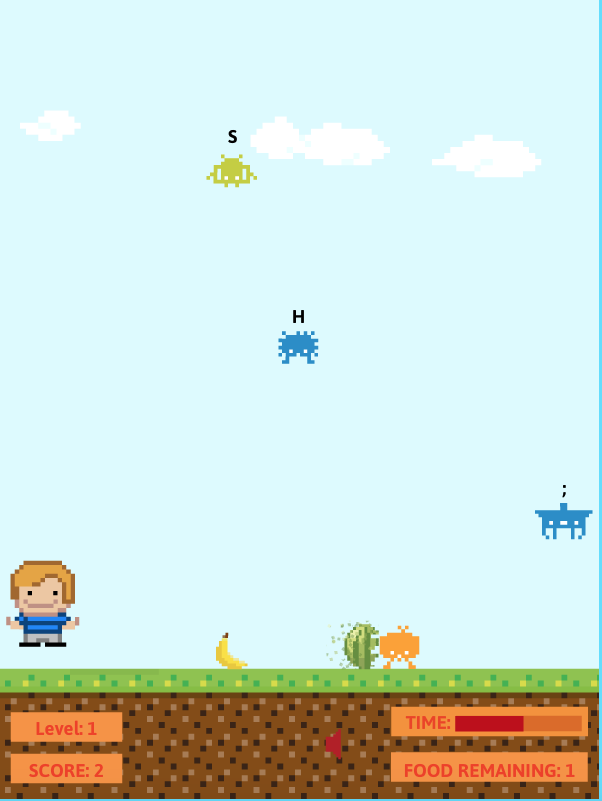 The alien Alpha Munchies want to eat your food! The only way to stop them? Type, type, type! Kids will love blasting the bad guys out of the sky by punching letters on the keyboard. The simple game, which pays homage to '80s-themed arcade games, lets kids practice specific sections of the keyboard before finally using the whole keyboard as their typing progresses.

The 10 Best Educational Apps for Kids 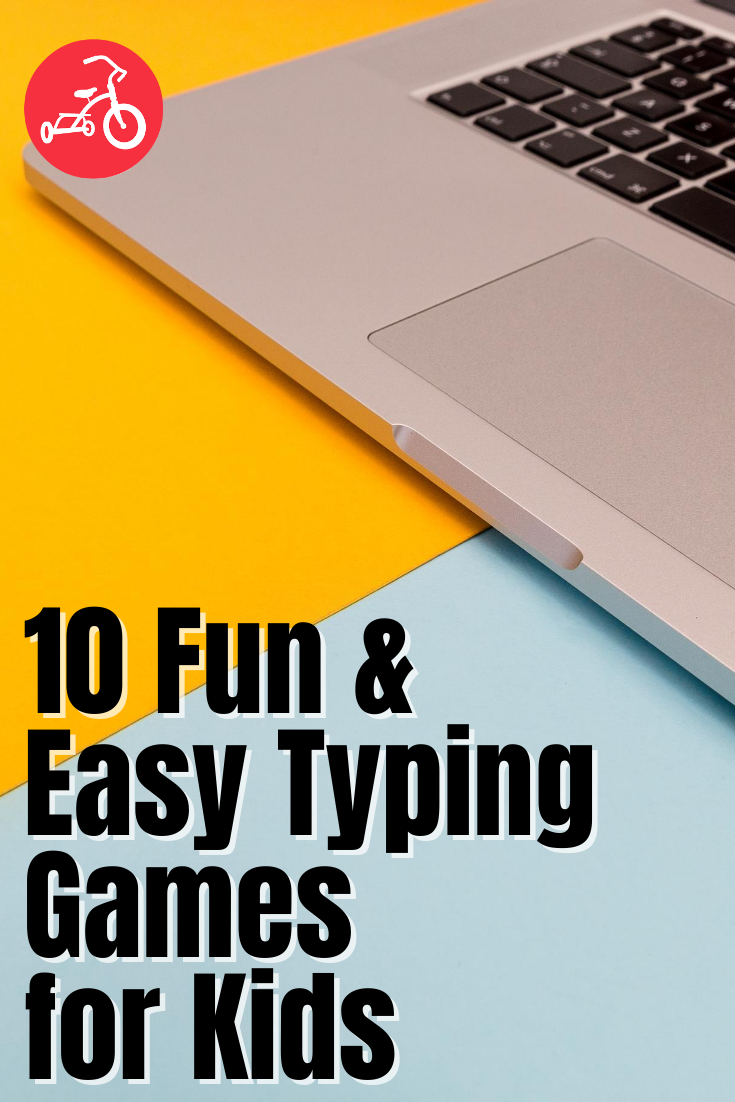