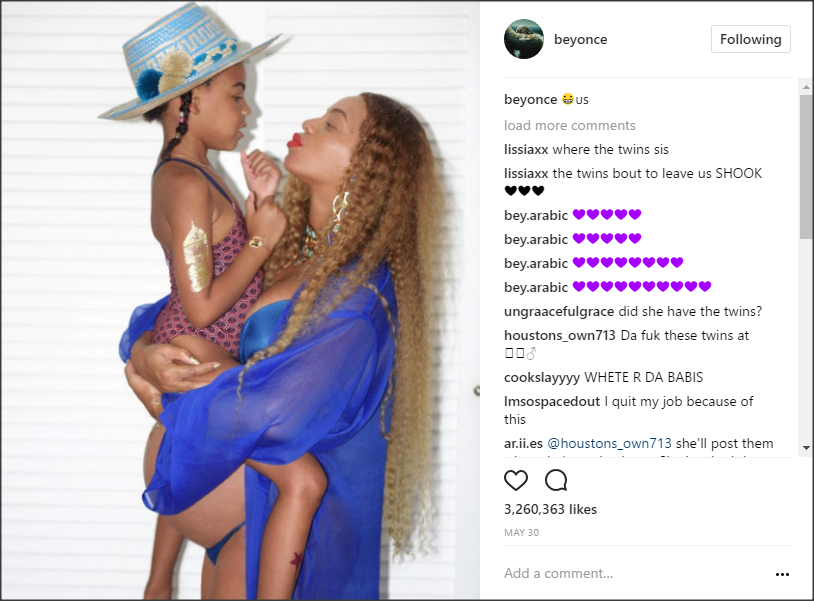 Blue Ivy Carter is already a phenom at 5.  Mama Beyoncé has not only filed to trademark her daughter’s name, but to allow her company to apply it to all sorts of products. What can Carter family fans look forward to?

You may have heard that Bey and Jay famously tried to trademark the name Blue Ivy in 2012, just after she was born in 2012. That time, a judge ruled against them, because a Boston wedding planner had ownership of the name. This time they’re filing the full name “Blue Ivy Carter” with the U.S. Patent and Trademark Office.

That trademark could be used for everything from fragrances to hair care, clothing to mobile devices and video games, according to TMZ. It could even include entertainment services  “in the nature of live musical performances; production of motion picture films [and] fan clubs,” added Vanity Fair.

Rumor has it that fragrances top the list of possible products, if the trademark application is approved. What does Blue Ivy smell like? Maybe a budding entrepreneur.