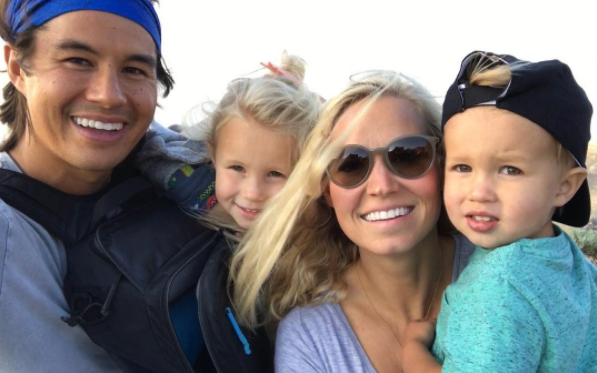 Two years ago Garret and Jessica Gee sold all of their possessions in order to travel the world with their two small children. And now, the young family has just crossed a major milestone in their epic journey as they completed their 100th trip in just two short years.

Documenting their journey under their self-dubbed “Bucket List Family” title, which is also the name of their blog, the Gee family has been sharing some amazing sights in the last two years. From Fiji to Nepal and Italy to Singapore, the family has zig-zagged its way across the globe to more than 40 countries and has just hit their milestone 100th trip with a three-week stay in South Africa. “I’m quite proud of our little family to have been on 100 flights together,” Jessica told People. “When we first started doing this, I was terrified of flights and I constantly worried about the kids. But now, they’re doing so well that I’m able to relax and read a book.”

Garrett was just 25 and a student at Brigham Young University when he sold an app to Snapchat for a whopping $54 million. Rather than spend that money on things, the family decided to hit the road with their now 4- and 2-year-old kids. Besides making some unforgettable memories, the family has also turned their journey into a charity project called Pin Pals. Funds raised by selling pins from the countries the family has visited are contributed to their volunteer efforts around the world.

What places are on your family’s travel bucket list? Tell us in the comments below.