The Olympic Games may be the most rigorous sports competition in the world, but as an exhausted mom or dad you might feel like the first year of parenthood compares. Sadly, you won’t be awarded a gold medal at the end of this –  baby kisses will have to do. Read on to see where you place in the competition. 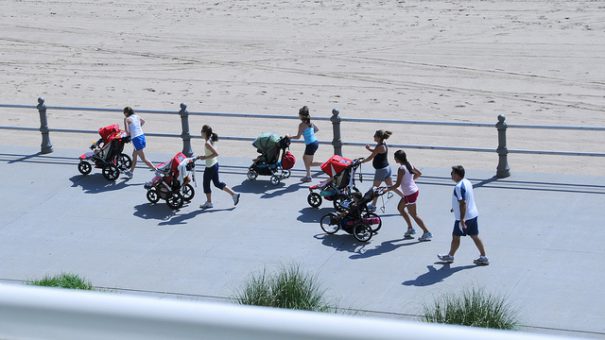 From the start, parenthood is a grueling physical endeavor. Much like the 26.2 miles of a marathon, pregnancy is a long and arduous process that tests a mother’s physical limits. Stamina is key and there are no breaks. Yet, unlike a marathon, the end of pregnancy is really just the beginning. A warm-up, if you will.

An Olympic diver leaps from incredible heights, performing acrobatic moves – often synchronized with a partner – all the way down into the pool. Similarly, as a new parent, you’ll soon realize you’re taking tremendous leaps of faith as you try to figure out what you’re doing, including coordinating with your partner, during the freefall that is new parenthood.

Like an Olympic equestrian who must rely on his horse to bring him the gold, you’ll quickly learn that day-to-day living has become a team sport. A little baby is now in control, dictating when you sleep, nurse, bathe, and even eat. You must connect with your babies and learn her habits, just as champion equestrians must understand everything about their partner horses to win. 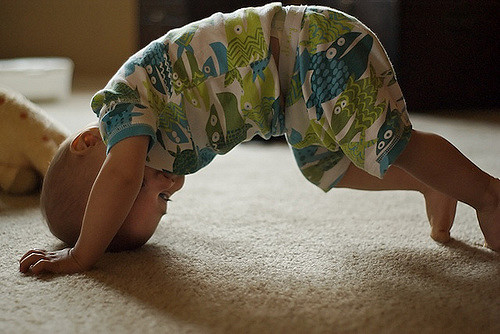 This celebrated gymnastics event has nothing on the experience of giving birth. Like a gymnast, a laboring mother demonstrates strength, stamina, and even pain. She contorts her body into various positions and works muscles she didn’t even know she had. And once the exercise is complete she triumphantly claims her prize, just as a gymnast proudly displays her medal.

This event cannot be won by athletic prowess alone; it requires exceptional skill and patience to master. Such is the case of getting a baby to sleep through the night. He can’t be coaxed, bribed, or forced. You must simply study him, consider all angles and demonstrate remarkable patience as you continue in your sleep-deprived fog, day after day. Waiting for it to click.

Olympic weightlifters go through years of intense training to bench insanely heavy weights during competition. And any new parent will tell you that the first year of parenthood does wonders for the biceps. It’s not toting the baby that does it – it’s toting all the baby’s stuff. The car seat, the high chair, the portable crib, the running stroller. Holding the baby with one arm and lugging 50 baby-related things with the other would beef up anyone’s guns. 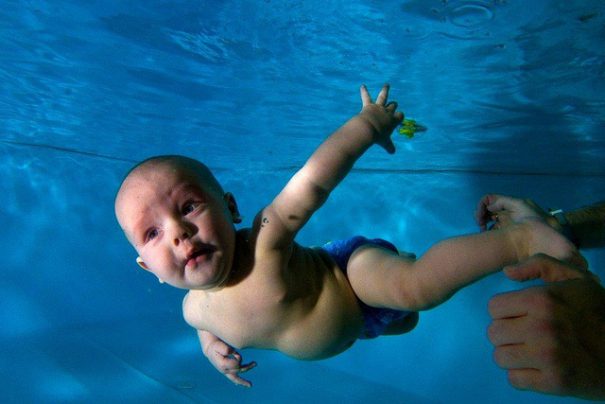 AKA no rest for the weary. With a swim, a cycle and a run included in the Olympic event, athletes must learn to push beyond physical and mental exhaustion to have a shot at the gold. New parents understand this better than anyone else. You, too, are physically and mentally exhausted. You haven’t slept in weeks or even months. Your bodies are screaming for rest. But, like Olympic triathletes, there’s no rest to be had at this stage – and you must simply continue to power through.

If you want to win in this Olympic sport, you’ve gotta roll with the punches – literally. And so do first-year parents. As a baby becomes more mobile, he will kick. Hard. And pull hair. And throw things. And eventually climb up on and pounce all over you. Then before you know it, you’ve become a ducking and diving ninja, anticipating every jab and blow before it even occurs. 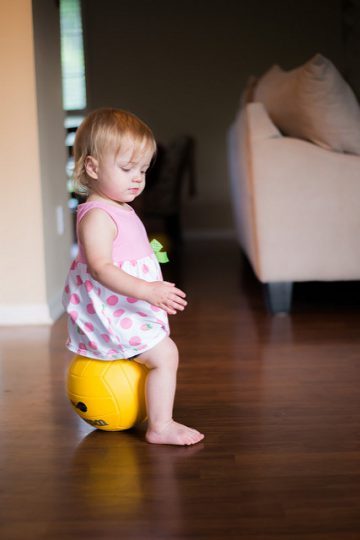 Nothing says Summer Olympics quite like beach volleyball. The sun, the sand, and the tanned pairs lobbing the ball to each other and over the net. But don’t let the laid-back atmosphere fool you – it’s a tough sport. Each partner relies completely on the other to anticipate the next move and play. As new parents, you and your partner aren’t much different. The coordination it takes to tend to everything baby can only be successful if each parent is completely in tune with the other. One parent volleys while the other gets in position. Mommy nurses while Daddy purees some veggies; Daddy changes a diaper while Mommy draws a baby bath. Both of you must be on your A game at all times to keep things moving.

A deceiving sport indeed. On the surface, it looks relatively easy – a group of men or women standing around tossing a ball in the water. But look a little deeper and you will see that they are not standing at all – but rather treading water the entire length of the game. Perhaps nothing better characterizes early parenthood. To outsiders it all looks so easy and fun what with a little baby and loads of cuteness. But if someone dares to look a bit deeper, they will see that the parents are constantly treading water, watching, worrying, and learning – all while trying to continue to play the game of regular life on the surface. The required levels of endurance and fortitude are astounding.

So lest anyone try to claim that the Summer Olympics is the most difficult series of sporting events on the planet, we pose the challenge to at least consider the demanding rigors of the first year of parenthood first. Dare we say it’s a pretty close call?

Tell us: What experiences in your first year of parenthood compare to the Olympic Games?