Pregnancy food cravings are some of the hardest to resist. They come on strong and don’t go away until your significant other has schlepped to the 24-hour store at 3 a.m. to get you — in all of your third-trimester glory — a jar of pickle spears so that you can dip them into a bowl of chocolate ice cream sprinkled with tabasco sauce. Mmm-mmm-good. But all good things should be consumed in moderation, even if your current appetite has no filter. Make sure you don’t get hangry (hungry + angry) with these craving indulgences that don’t involve downing five pints of ice cream (in one day). 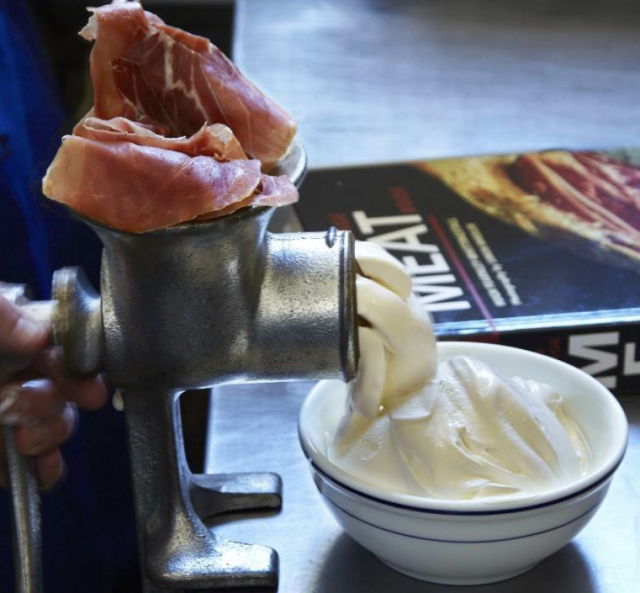 Craving Bacon?
One or two slices? Puh-lease. You literally want to fry up an entire pack (or two). Scientists say that it may be your body’s way of boosting your unborn’s memory — bacon is bursting with a micronutrient called choline, which helps babies in the womb develop parts of the brain linked to recall. But, doctor’s orders: Don’t go overboard on pork. It is high in fat and salt, so a little goes a long way.

Hanger Prevention: Bacon makes everything taste better — especially veggies. Whip up a pasta dish loaded with produce like this fettuccine and peas concoction. Then generously sprinkle fresh bacon bits on top. San Fran mamas-to-be, if your cravings come in twos — bacon and ice cream — make a run to Humphry Slocombe and ask for a scoop of pork-infused ice cream. 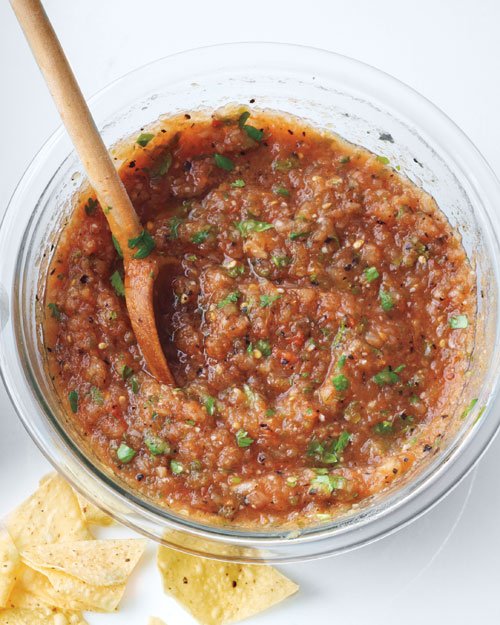 Craving Hot Salsa (or Hot Sauce)?
Some women (you??) have been known to stash bottles of hot sauce in their bags or at their desks just so they can get a spicy fix on-the-go. It’s that serious. Ironically, theorists say the craving for peppers and chillis comes from the fact that hot foods make you sweat, which in turn cools off the body.

Hanger Prevention: Invest in a food processor now — you’ll need it later when it’s time to puree baby food — and try this easy, Red Tricycle-approved roasted salsa. You can adjust the heat, by adding or taking away jalapeños, and using different types of peppers to suit your tastebuds. 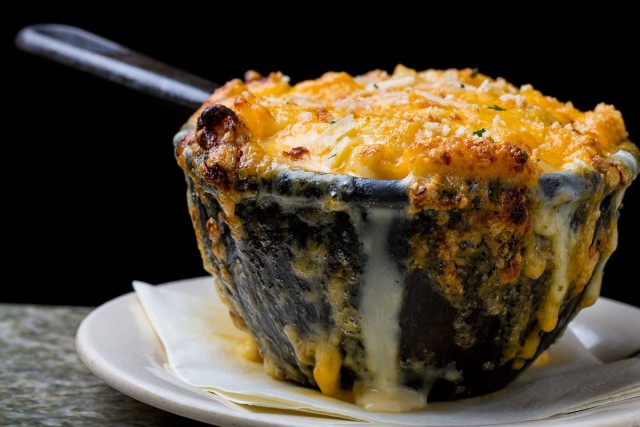 Craving Cheese?
Gender myths say that if you always feel like eating hunks of cheese or squeezing Easy Cheese into your mouth from the can, you may be pregnant with a baby boy. Whether you believe it or not, craving cheese (but please don’t eat too much squeeze cheese) during pregnancy is said to be a sign that your body would like a boost in calcium, thank you very much.

Hanger Prevention: Get your fix in a portion-controlled size by making one of these grown-up-friendly grilled cheese sandwiches. Or, make a date night reservation at a restaurant known for it’s mac and cheese, like Chicago’s Table Fifty-Two — the filling macaroni and cheese is served in a mini cast iron pan and topped with an extra 16 ounces of all-natural cheese. Yep, 16 ounces! 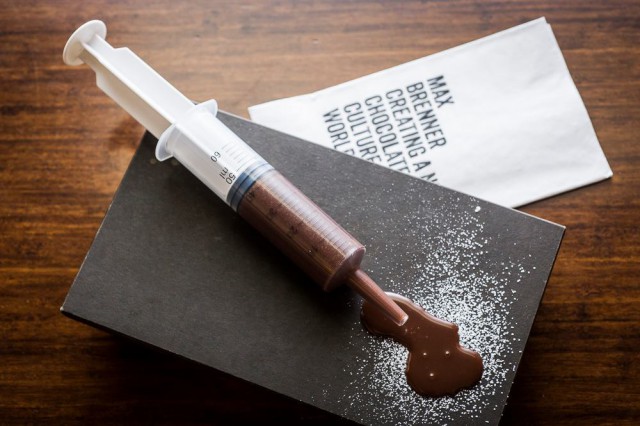 Craving Chocolate-Covered Anything?
If you can’t stop thinking about chocolate, you’re not alone. Many a pregnant lady claims having an almost insatiable sweet tooth. Our non-sciency explanation: Chocolate makes you happy, and when your jeans don’t fit and your ankles swell a little bit of cocoa induced-confidence goes a long way. If you want to avoid over-indulging try drizzling fresh fruit with chocolate syrup, eat just a few squares of the dark variety or sip on a tall glass of chocolate milk.

Hanger Prevention: Get thee to a Max Brenner Chocolate Bar (it’s one bar you won’t get funny looks in). The dessert destination can be found in Paramus, Nj; Bethesda, Md; Boston; New York; and Philadelphia. Ask for a “Chocolate Syringe.” You can thank us later. And then there are these chocolate-y delicious Nutella recipes that are easy to make at home. Need we say more? 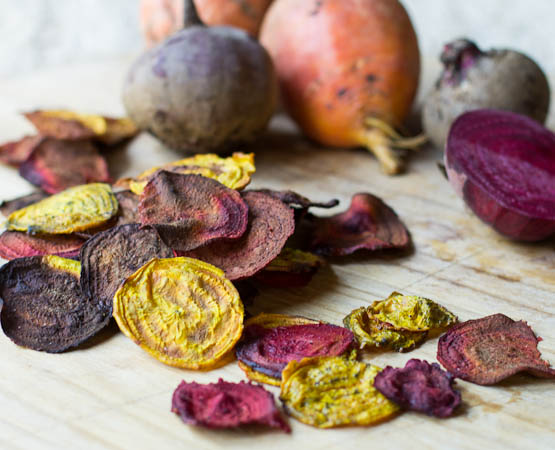 Craving Chips?
…Or, just the salt and flavored dust on them (i.e. have you licked a chip lately)? There’s a simple explanation. During pregnancy, blood volume increases, which may cause you to yearn for more sodium. Careful, though! Too much salt in your diet could lead to health issues.

Hanger Prevention: A healthier (but just as tasty) take on potato chips is beet chips. Try this recipe (it only takes 30 minutes and there are ZERO preservatives), in which beets are dusted with olive oil and a little bit of sea salt, and baked to a crisp. Craving averted! 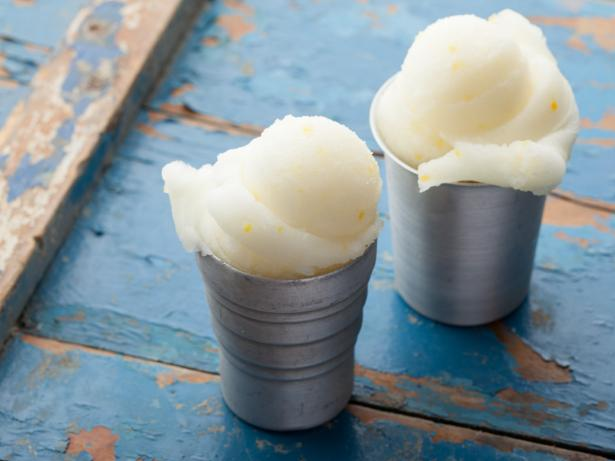 Craving Lemons?
It’s not unusual for you to be standing by the fridge sucking the juice out of lemons, sans the tell-tale pucker face associated with eating the sour fruit. Experts say that the tastebuds of pregnant women continuously fluctuate. Shocking your taste buds with super-tart (or spicy) flavors actually taste mild … er, five star delicious.

Hanger Prevention: If your second biggest craving is ice — another common craving during pregnancy — make a double batch of Rhode Island Frozen Lemonade, which uses fresh squeezed lemons for an all natural flavor that surely beats the artificial lemon flavor from those candies you’ve been popping in your mouth. 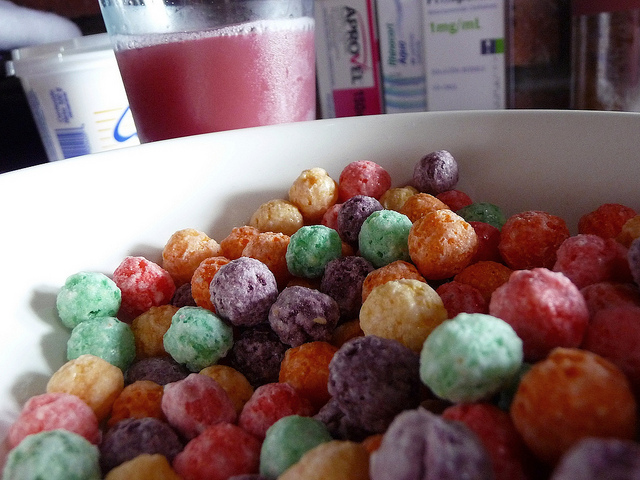 Craving Fruity Cereal?
During hormonal changes, women often crave high sugar foods. Fruit Loops (a popular fruit-flavored cereal) come with 12 grams of sugar per serving, plus they are crunchy — another thing that some pregnant women crave. The occasional bowl of Fruit Loops is no foul/no harm, but don’t make it a three-times-a-day habit.

Hanger Prevention: Interpret your Fruit Loops craving into this delicious mocktail concoction. Pineapple, cranberry, and orange juice are mixed with grenadine syrup, maraschino cherries, citrus twists and ice for a yummy bevy that tastes as good as a bowl of cereal … and a real cocktail. Garnish with a few fruit loops for an extra special touch. 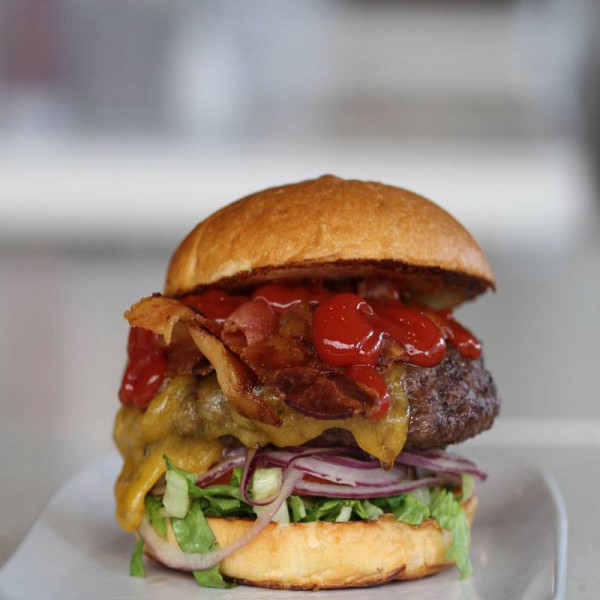 Craving Burgers?
You couldn’t recall the last time you really wanted a hamburger … that was until you became pregnant. Now it’s your go-to lunch. The reason red meat is at the top of your must-eat list may be because your baby-growing body is craving protein and iron, which meat is chockfull of.

Hanger Prevention: Pregnant celebs; they’re just like us. On a recent suspected bout with beef cravings, actress Mila Kunis (who is pregnant with Ashton Kutcher) was spotted at The Counter, a burger joint in Studio City where visitors choose their meat, cheese, sauce, toppings, and bun (from a massive list), for a truly customized creation. Lucky for us all, The Counter has locations across the country from Reston, Va and Houston, Tx to New York City and Kahala Hi.

What are (or were) your pregnancy cravings and how did you deal without loosing your consumption composure? Dish in the comments section below.