Take a popular fairy tale (one involving a very tempting gingerbread house). Adapt it for the stage, giving every character a fun new twist (like a witch that sings show tunes). Add new music created by one of the nation’s most influential kindie rock artists (Justin Roberts … perhaps you’ve heard of him?). Put this all together and what do you get? Hansel & Gretel: A Wickedly Delicious Musical Treat, a world premiere by Emerald City Theatre and Broadway in Chicago. It runs through January 4, 2015, and will be this winter’s big hit. 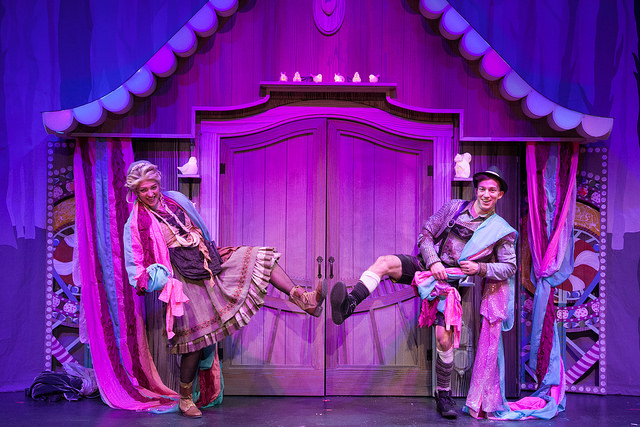 The Not-Too-Scary Story
You know the plot: Siblings Hansel and Gretel lose their mother and classmates and go in search of them deep within The Forbidden Forest. When they come across a candy house (and the witch who lives there), their bond and beliefs are put to the test until love saves the day. The show is for ages 4-12. With the younger set in mind, Emerald City Theatre has toned down the scary details — aka: there’s no shoving witches into fiery-hot ovens — and beefed up the fun. Imagine a wise-cracking witch that is played by a man. And a duck that quacks out witty one-liners for comedic relief. That’s not to mention irresistible Justin Roberts songs that will make you wiggle and jiggle in your seat. 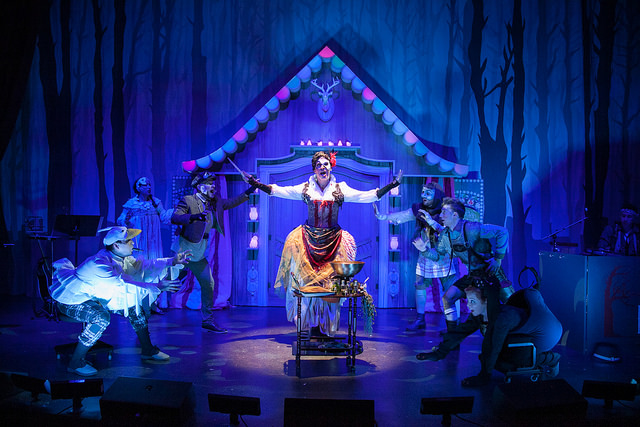 The Music
This is the first-ever musical scoring by the Chicago-based Grammy nominee, who worked with nationally produced playwright Ernie Nolan to bring it all to life. Justin usually writes power-pop kids’ songs, as well as soothing lullabies. But for Hansel and Gretel, he tried a few new styles. “There are American songbook-type songs … which was fun because I am a huge Frank Sinatra fan and love the early musicals written by Cole Porter and George Gershwin,” says Roberts.

The actors are also the musicians, plus there’s a band on stage (named The Grimm Brothers Band, naturally). As the story unfolds, characters play various instruments, including piano, bass, drums, electric and acoustic guitar, cello, violin, glockenspiel, ukelele and mandolin. The adventure bounces between everything from big Broadway-style numbers to ’70s soft rock. And, true to Roberts’ form, they’re all songs you won’t easily shake from your head. 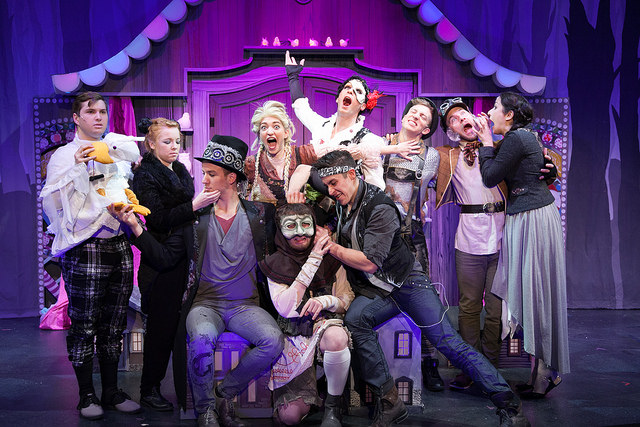 Moments You’ll Love
Your kiddo’s eyes will light up from the very beginning, as the musical opens with a song called “This Place.” Villages are talking about how their town has changed since the king disappeared, and their chorus is a strong, melodic reminiscing about the former beauty of the town. There’s also no forgetting everybody’s favorite scene in which Hansel and Gretel drop breadcrumbs to find their way home as they meander through the Forbidden Forest. Of course, there’s a song to match it; “Crumb by Crumb” is a climactic number that’s happier than you’d expect.

To reveal the ending or tell more would give away too much about this musical’s magic. Best you see it for yourself — before all the seats get gobbled up!

What show are you flipping out about this season? Let us know in the Comments!