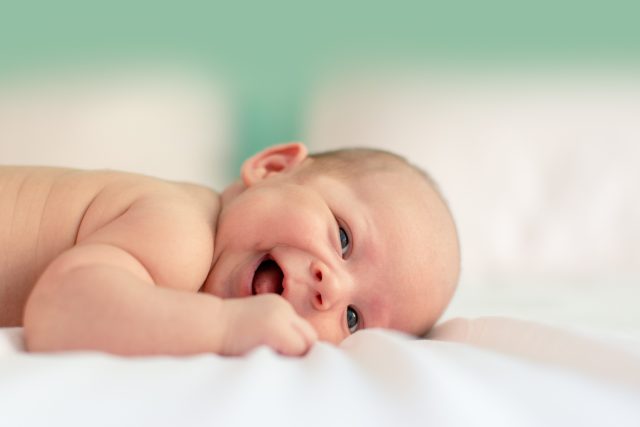 Sale Alert: Honest Company Diapers Are 50% Off This Week, So Time to Stock Up 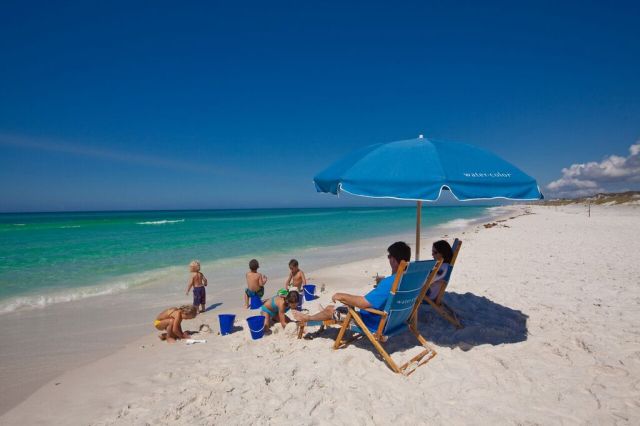 Three-day weekends are made for getaways. Put that bonus Monday to good use and take a road trip close to home. We went looking for family fun in Madison, New Buffalo and Rockford and found tons of attractions that will make your Labor Day no work and all play. “Mad Town” has University of Wisconsin-Madison students convinced it’s the best place on earth. Give it a weekend, and your little ones will be believers, too. The capital city is located on an isthmus between lakes Mendota and Monona and is known as one of the most family-friendly places in the nation. Chalk  it up to its lively cultural scene and variety of ways to enjoy the outdoors.

Labor Day weekend marks Taste of Madison and is when Capital Square springs to life with food from local restaurants, live music and family activities. On Sunday, August 31, there’s a boat parade and fireworks along the Lake Mendota shoreline.

Mealtime covered, feed the animal lover in you at Henry Vilas Zoo, a free-admission gem. The Children’s Zoo contains a sustainable barn housing goats and alpacas; a carousel and train; an adventure play area with a tree house; and an animal exhibit featuring porcupines, red pandas and wallabies. When you’re really up for hands-on fun, head to Madison Children’s Museum. Along with interactive exhibits about water, gears and motion, it has an outdoor life-sized replica of a log cabin and a drop-in art studio. The zoo’s friendly next-door neighbor is one of Madison’s oldest parks. Vilas Park curves along the northern shore of Lake Wingra and is a great place get close to nature. Play on the beach; rent paddleboats, kayaks and canoes from Wingra Boats; and enjoy the scenery peppered with blue herons, arched bridges and green space.

Grab lunch at Zuzu Cafe & Market, located across the street from the zoo. It’s extremely kid-friendly with a play space, thoughtful menu options and deli perfect for picnic planning.

Fun revolves around dried cow patties at the Wisconsin State Cow Chip Throw and Festival, held August 30 and 31, in nearby Prairie du Sac. History has it that early pioneers in the plains used them as a clean, odorless fuel source to cook their meals and heat their homes.  Somehow along the way, throwing these dry saucers of cow dung became a sport with a dedicated festival. It has live entertainment, including a kids stage with music, jugglers and martial arts demonstrations; inflatables; a parade; an arts and crafts fair; an extensive food court; and, of course, flying cow patties.

Get reprieve from the heat at Cave of the Mounds, a maze of natural underground caves — all of which stay a consistent 50 degrees. This National Natural Landmark is known as the “jewel box” of Midwest caves because of the variety and delicacy of its formations. In addition to guided cave tours, kids can sift for gemstones and fossils.

You’ll want more than a day to immerse yourself in Madison so plan on staying for at least one or two nights. We like Hyatt Place for their complimentary hot breakfast, 24/7 access to healthy menu options, indoor pool and convenient downtown location.

For more information on family travel in Madison, call the Greater Madison Convention & Tourism Bureau at 800-373-6376 or go online to www.visitmadison.com. Just ‘round the other side of Lake Michigan is Harbor Country, a string of picturesque towns connected by Red Arrow Highway. New Buffalo is its most talked-about highlight. Establish home base at this waterside community and be sure to venture out to the less discovered surrounding areas.

Harbor Grand Hotel has great views of the harbor and quick access to downtown New Buff and the beach. Its Terrace Room restaurant offers rustic Italian food, outdoor dining and a fire pit to roast s’mores while watching the sun disappear in the horizon. When you want a break from the beach, splash in the indoor pool or rent cruiser bikes from the hotel for no charge. Another bonus: ‘round-the-clock Ben and Jerry’s ice cream delivery to your room.

Take your family out on the water by boat, 3-seater jet skis, water skis, tubes and wakeboards from Oselka Marina. If a lounge chair is more your speed, kick your feet up at New Buffalo City Beach and Lakefront Park, stretch your legs on the boardwalk, watch the kids romp on the play structures and eat at Jake’s snack bar.

Another great spot to soak up the last bits of summer sun is Warren Dunes State Park.  Hike its dune formations that rise 260 feet above the lake for a great break from city sidewalks. There are three miles of shoreline and six miles of hiking opportunities. If you’re feeling extra adventurous, camp at the Dunes or rent a cabin. Whenever you’re at the sand, make Janet Moore Schrader (aka: the “Sand Pirate”) part of your experience. While battling stage IV Non-Hodgkin’s Lymphoma at the age of 36, Janet began taking daily walks along the shoreline to combat the side effects. One day, she sat down to build a castle and it sparked a passion. Twelve years later, Janet has perfected her craft and one of her many offerings through Sand Pirate is assisting groups of families and friends in working magic with sand. She’ll meet you at your favorite beach site with tools in hand for a two-hour building session (it costs approximately $250). Not one to settle for the ordinary, Janet makes things like a sand dragon with smoke furling from its nose, a castle big enough to sit in, a life-size mermaid and more.

For real animal encounters, go to Washington Park Zoo. What started as a Work Projects Administration initiative in the 1920s still includes many of the historical walkways, buildings and 70-foot observation tower from when it was originally built. Situated on 15 acres of hilly sand dunes, the zoo houses more than 90 species found throughout the world.

There’s good old-fashioned family fun at Captain Mike’s amusement park, packed with mini golf, go-carts and trampoline-assisted basketball hoops. If you don’t mind getting wet, cruise around in bumper boats or watch from the side where you can use strategically placed water cannons to douse riders with water. Better yet, launch water balloons from opposing battle stations for the ultimate water war.

Stop 50 is minutes away from New Buffalo and gets raves for its wood-fired pizza and housemade gelato. Also, no trip is complete without a stop at Oink’s Ice Cream and Yogurt shop, around for more than 25 years. Choose from one of 58 ice cream and yogurt flavors and study the 3,000-plus pieces of pig and ice cream memorabilia while you wait.

For more information on family travel in New Buffalo, call the Harbor Country Chamber of Commerce at 269-469-5409 or go online to www.harborcountry.org. Rockford deserves a lot of credit for its family attractions, especially its museums and parks. Sitting on the banks of the Rock River, Illlinois’ second-largest city is less than a two-hour drive from Chicago. While that sounds like a great day trip, there’s so much to do there, that it’s not a bad idea to pack an overnight bag.

Kick off your labor-free weekend with Friday Night Flix at Davis Park. Spread out a blanket and bring your own food and drinks. You can stock up a short distance from the park at Rockford City Market. Every Friday from 3:00 pm-8:00 pm local vendors sell baked goods, fresh fruits and veggies, healthy snacks and cheeses.

Rockford is the birthplace of a very familiar childhood icon: the original sock monkey. At Midway Village and Museum Center, you’ll learn how these childhood favorites got their start and see a diverse collection of sock monkeys, including a seven-foot-tall behemoth named Nelson. Midway isn’t just for monkeying around; you can also walk the Victorian-era village and see what life was like in the early 1900s with the help of an interpreter dressed in turn-of-the-century garb. Take a day to explore the museums that comprise Riverfront Museum Park, which is known for sparking kids’ curiosity in the arts and sciences. Wander the four-story Burpee Museum of Natural History where you’ll encounter a T-Rex named Jane; inspect extraordinary rock, gem and mineral displays; and watch specimens prepared for museum collections in the biology and paleontology labs. Nearby, Discovery Center Museum bubbles over with 250-plus hands-on science and art exhibits, including the first community built outdoor science park in the nation. Kids climb aboard a real tractor; study a beehive; learn about static, polarization and shock; play with pulleys, levers and gears; explore the night sky; and more.

For more information on family travel in Rockford, call the Rockford Area Convention & Visitors Bureau at 800-521-0849 or go online to www.gorockford.com.

Have you made Labor Day getaway plans? Let us know about them in the Comments section below.