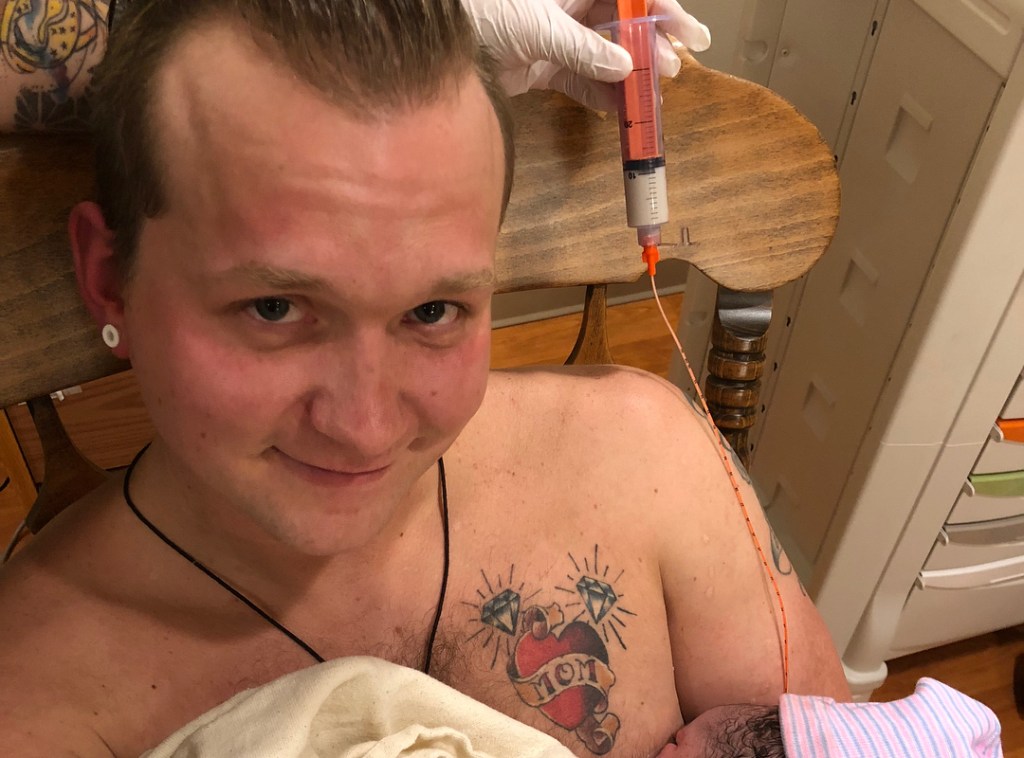 While mom-to-be April knew she wanted to breastfeed her daughter right away after giving birth, she certainly didn’t expect to suffer several seizures that resulted in an emergency c-section and a short stint in the ICU. That’s when April’s husband stepped in to help out in a big way: this new super dad breastfed his newborn daughter—and the world is going crazy at the photos.

When a nurse approached new father Maxamillian Neubauer and asked if he wanted to try and feed baby Rosalia—which is totally normal, dads feeding their babies. But Neubauer wanted to see if they could somehow encourage his daughter to breastfeed, even with mom in the ICU. Nurse Cybil Martin-Dennehy fit Neubauer with a breastfeeding rig made from a fake nipple shield, feeding tube, syringe and formula—and the rest is history!

Martin-Dennehy told news outlets that the rig is most commonly used for adoptive parents and moms struggling to breastfeed. Neubauer was actually the first father at the hospital who has agreed to try out the contraption and it turned out to be successful.

While we can’t get enough of the sweet photos of dad and baby, we are also loving one of the new dad’s reasons: “I did it for the moms.” We are positive his wife April was beyond grateful for Neubauer’s bonding moment and for getting their breastfeeding journey off the ground.

Now that April is recovering, Neubauer says their original plan of mom breastfeeding is back in place. However he does offer dads everywhere a word of advice: that if ever given the chance to feed your newborn comes up, be sure to take it!

This Viral Photo Gives Us ALL the Feels