Ahh, the maternity photo shoot. We’ve all seen our preggo friends’ photos smattered over Facebook and Instagram. Heck, plenty of us have taken the pregnancy pics, too. It’s kind of a “thing” that’s become a part of being a mama-to-be. Baring that belly bump in a field, on a beach, in the woods or under a setting sun is a piece of making this time last — forever. While some maternity photo shoots feature the baby daddy, Nick Roberts’ featured just him. And this “dadternity” photo shoot pretty much is the most hilarious thing we’ve seen in a while. 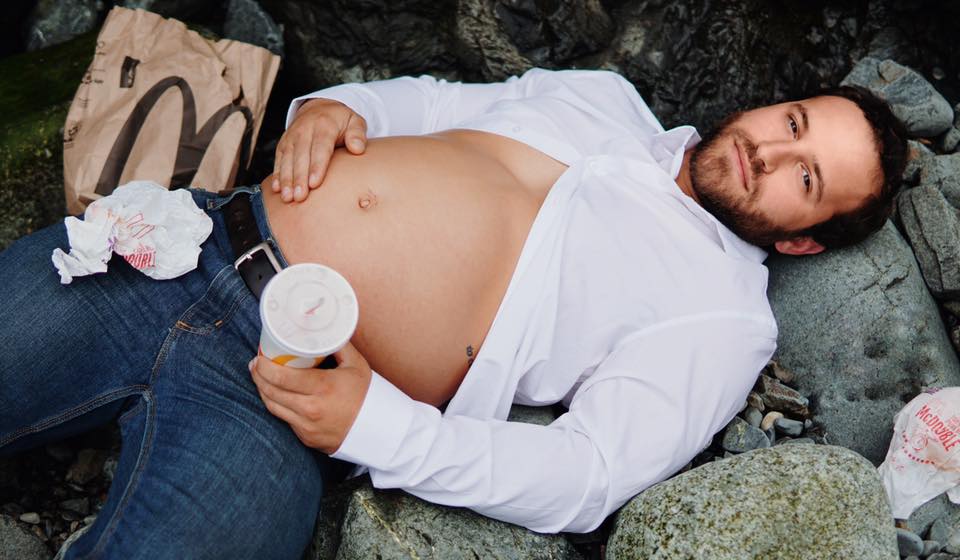 When Roberts’ girlfriend found out that she was pregnant, his friend Stephen Cwiok suggested that the two have a maternity photo shoot. The twist here is that it would only feature the daddy-to-be. Going along with the joke, Roberts agreed to it. 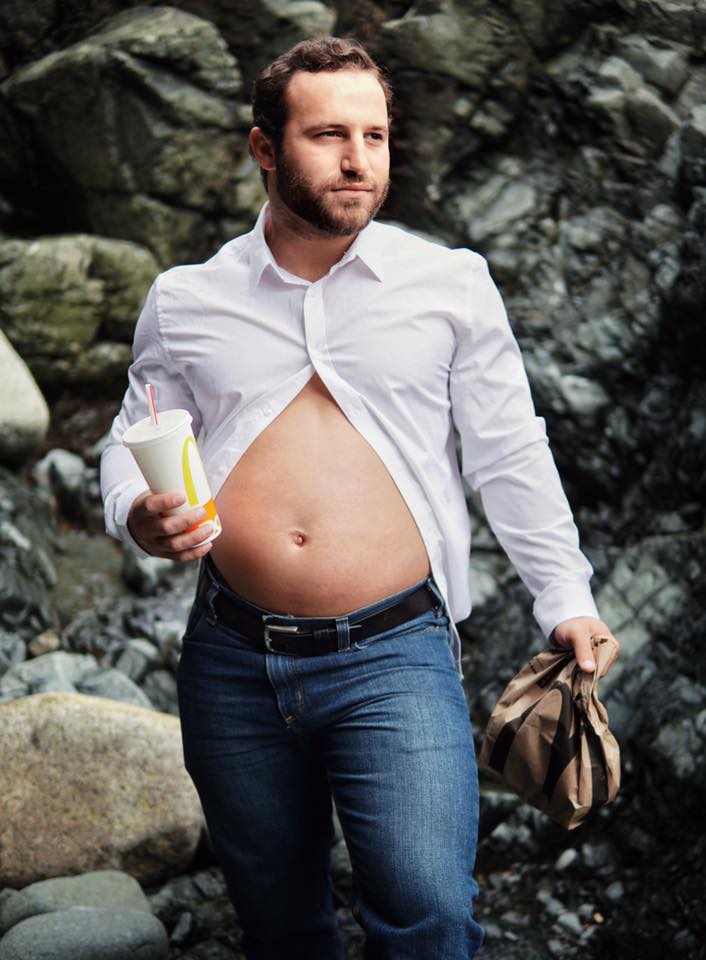 Roberts needed a way to turn what could be a stiff and ho-hum photo shoot into something…well, something filled with pure awesomeness. Roberts noted, on his Facebook page, “I felt it was only right to at least try to look a little pregnant, so we grabbed some McDonald’s and off we were.” The rest is history.

The Micky D’s-filled bloated dad unbuttoned, showed off his bulging belly and let Cwiok photograph the day. Roberts did say that the “eye-opening experience” helped him to better understand pregnancy, “Now, I’ll never know what being in labor feels like, but I feel in my heart it can’t be too far away from eating A LOT of fast food.”

Would your S.O. agree to a “dadternity” photo shoot? Tell us in the comments below.