Baltimore’s incredible National Aquarium can’t be beat when it comes to fans of the oceans deep, but three area attractions bring the focus inland somewhat, and onto a smaller but no less famous body of water, the Chesapeake Bay. Each features  a selection of fun animals to observe, as well as targeted educational exhibits focused on stewardship of the Chesapeake Bay watershed stretching from New York to the North and Virginia to the South. 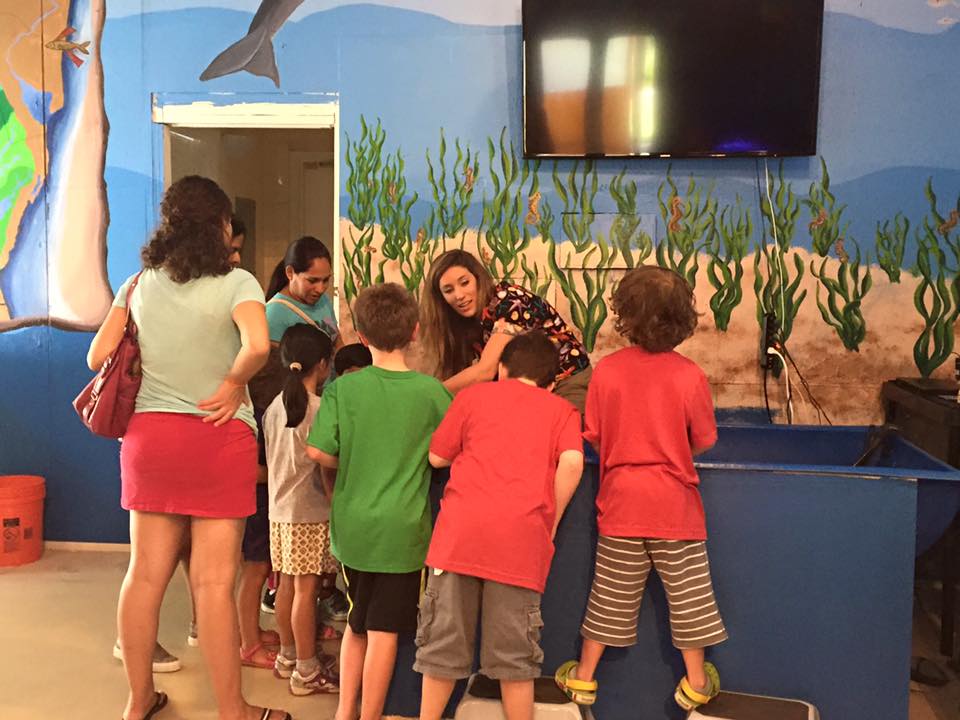 Glen Echo Aquarium
With bullfrogs nestled in the pond, and a homemade yellow submarine greeting visitors at the entrance, the new Glen Echo Park Aquarium introduces a new generation of environmental stewards to the wonders of the Chesapeake Bay region. Occupying  a corner of the Park along the winding entrance path vacated two years ago by the Living Classrooms Foundation, the aquarium teems with life both under the sea and on land, and is fast becoming a hit among the array of kid-approved fun spots Glen Echo encompasses. The setting is perfect for Director Andrew Wilson who since his Navy days dreamed of creating his own place for families and students to become immersed in the history and fragile ecosystem of the Bay, from its native plants and animals to Native American history. Outside, a ship’s bow is readied as an outdoor classroom, along with a planned revival of the sand play area. Inside, Wilson’s entire family helps make the dream a reality. From his educator wife Mary Beth who fields questions about horseshoe crabs and stingrays, to his son and daughter showing visitors around the small, but mighty facility with seaworthy views at munchkin eye level,  a touch tank, and guess what–a pirate!

Fascinating Fact: According to the Defenders of Wildlife website, there are 4,740 species of frogs around the world, about 90 of which may be found in the U.S., including the American Bullfrogs residing in Glen Echo Park Aquarium’s pond. 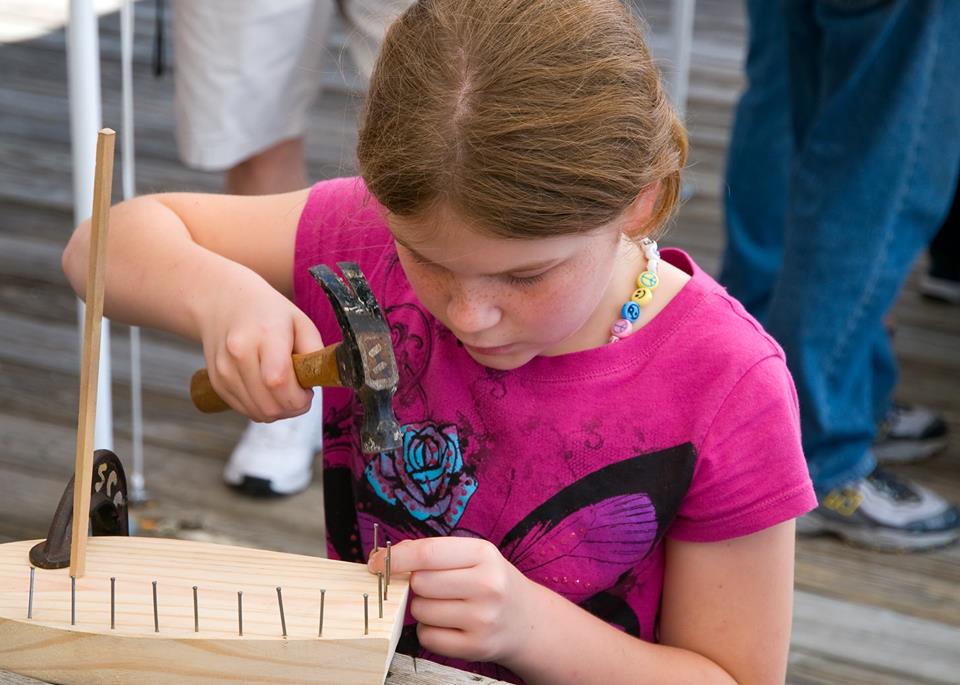 Calvert  Marine Museum
This gem features the renovated Drum Point lighthouse, a signature landmark on Southern Maryland’s Chesapeake Bay waterfront. With Girl Scout badge earning opportunities, as well as a number of family programs aimed at school-aged kiddos, and the aptly named “Squirts” and “Minnows”  for the under five set,  you will be hard pressed to find a reason not to cross the bridge to Solomon’s Island. Exhibits focus on native marine animal life like a River Otter habitat, as well as the people who make their living on the Chesapeake Bay and everything it takes to get the job done from lighthouse operations to the sailing vessels. The Paleontology Room features a replica of Calvert Cliffs, where many of the museum’s own fossil treasures were found. In the Discovery Room, billed as “Paradise for Pint-sized Passers-by” your little Indiana can dig up his own fossils, while mini marine biologists get up close and personal with the sea stars. Outside, the beautiful Marsh Walk is prime bird-watching real estate and a welcome respite for little ones(or their parents) who may need to escape the indoor setting. 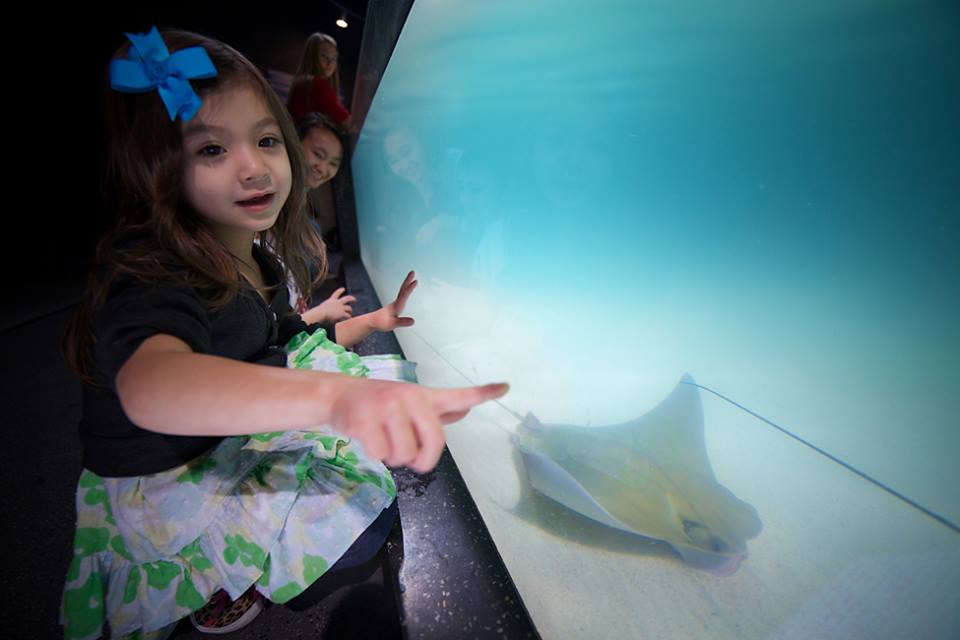 Virginia Aquarium and Marine Science Center
With a zipline and climbing “Adventure Park” also on the grounds, a newly renovated giant 3D movie theater, as well as a number of live animal exhibits, this aquatic center rivals the National Aquarium in Baltimore. Child-friendly pricing for those under 11 also makes the the visit a bit easier on the family wallet. Among the animal exhibits are three different species of sea turtles, along with river otters and harbor seals. Two touch pools keep the littlest fish fanatics engaged, and on Tuesdays and Thursdays enjoy special programming for the preschool set. Older kids may become involved in one of three interactive educational programs that take place over multiple visits.  An entire tab on the website is dedicated to conservation issues, proving that the Center’s primary goal of conservation through education, research and sustainable practices more than just a fish tale.

Fascinating Fact: Each year in Virginia, the Center’s “Stranding Team”, a group of trained staff and volunteers come to the aid of 75-125 marine mammals and 200-350 sea turtles found beached, or otherwise entrapped and unable to return to their natural habitats.