Celebrate the release of Disney’s Frozen 2 with a “frozen” treat! Carvel teamed up with Rich Products/I Love Ice Cream Cakes to bring Elsa and Anna fans a brand-new special-edition cake—and it has a sweet snowflake theme. 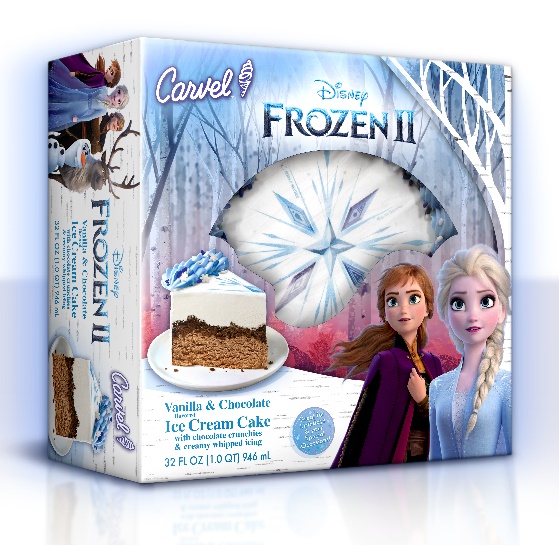 Kimberly O’Brien, Shopper Marketing Manager for Rich Products’ In-Store Bakery and Deli Division, said in a press release, “As fans go on this next journey with Disney’s Frozen 2 we wanted to create a really special treat that captures the spirit of the film—enchantment and sweetness in the form of a snowflake cake.” O’Brien continued, “We’re incredibly excited to work with Disney and Carvel to bring this new cake to grocery stores around the country for millions of Frozen movie fans and ice cream lovers.” 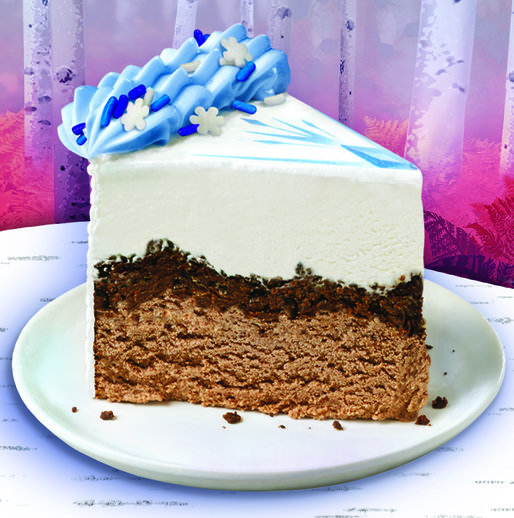 Pick up your Frozen 2 ice cream cake at grocery retailers nationwide (for $14.99), such as Walmart, Kroger, ShopRite, Publix and HyVee.

“Frozen 2” Merch Is Here & These Are the New Must-Haves

“Frozen 2” Ice Cream Is Coming & There Are 2 New Flavors