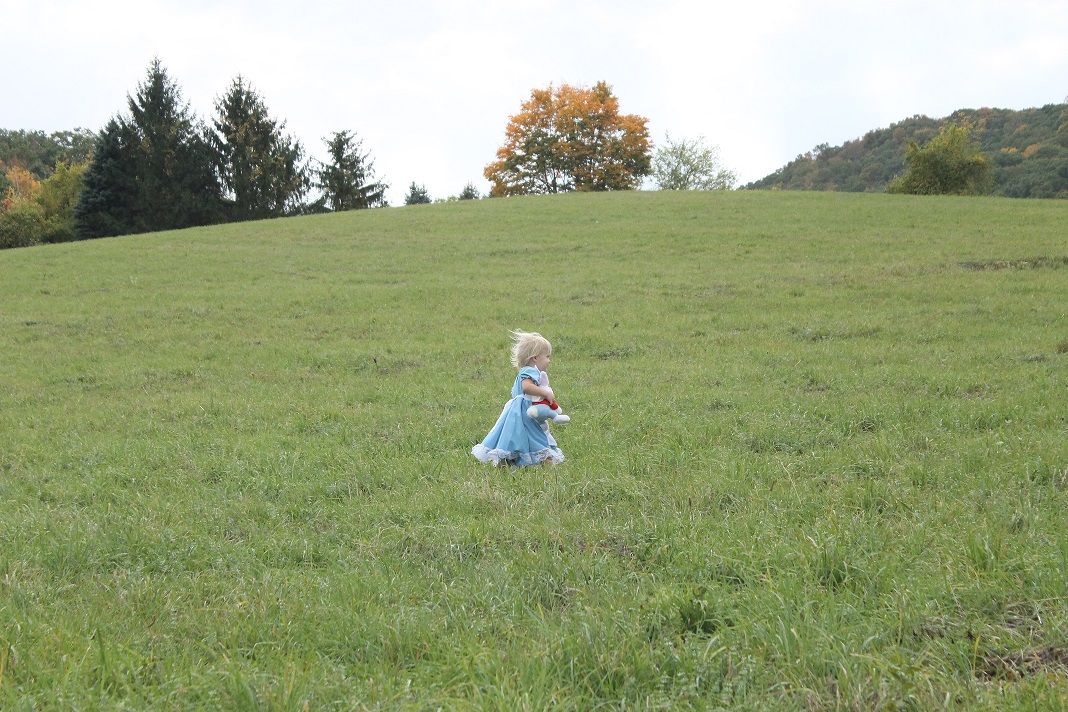 Raising a child is an entirely new world filled with constant discovery. I’ve whined over how hard it can be, taught that patience is a virtue, and I’ve seen with my own eyes how truly amazing it is to watch one’s child blossom in every possible way. Most importantly perhaps, I’ve realized that raising a child is a constant education will never cease to end.  For nearly three years it’s just been us two going to the playground, shopping, and attending mommy and me classes while my husband is off at work.  We do everything together, and enjoy every moment we can because in a few short years she will be heading to kindergarten. I thought I had things figured out, but I didn’t.  After a short period of denial I’ve come to find that my little girl’s need for individuality surfacing before she’s even started preschool. She craves some independence now.  I never thought I’d be one to ignore a cry for independence, but I did, at first. I just had to allow myself to read the signs.

They want to do things by themselves

It was several months ago my daughter started fighting to do things on her own; things that I was used to doing for her. She no longer wanted me to carry her down the stairs, in fact, she stopped wanting to even hold my hand for support as she tackled each step. God forbid I absentmindedly turned on the light before her when setting up her bath. She showed genuine upset being helped in things she wants to be able to do on her own.  If I attempted to help her into her car seat she’d become angry enough to delay our mission for a long period of frustration.  Eventually I got the message, and backed off learning that there is no reason I shouldn’t encourage her to do these tasks on her own; even if it takes fifteen minutes longer.

They listen to other authority figures

I recently started taking my daughter to some child model casting calls. With a feeling of doom I waited to see how she’d react when it was her turn to audition. Knowing how toddlers are, I envisioned a high possibility of a temper tantrum, or her running and hiding behind me. Instead, I watched in amazement as she obediently followed the photographer’s assistant, and listened as he told her to stand on the X in front of the lights and camera. Then found myself even more blown away when the photographer told her, “Say pizza,” to which my daughter repeated perfectly with a big smile. The entire process, she didn’t look for me once until she was told her audition was over. I felt proud followed by irrelevant.

They exhibit a strong sense of accomplishment when doing things independently

After her casting was over, she ran to my husband and me shouting, “I did it! I take pictures,” and we laughed at her excitement; however, it was more than excitement, it was a sense of accomplishment. Over time I began to notice when she’d successfully put her shoes on, or rip her t-shirt off she’d celebrate loudly over her ability to do it all on her own. Her genuine sense of pride in being able to do the things I always did for her was definite proof that she knew she was growing up, and capable of being more independent.

After a long while of mommy and me classes I decided to sign my daughter up for ballet. It was a different program because mommy is not included. Instead of my participating, or even being in view of my daughter, I instead watch her perform through a one way mirror. I spied how content my daughter seemed. I also noticed that for the entire forty five minutes she was in her lesson, she did not once fuss or look for me at all as she used to when I was out of her line of vision.  After ballet I tried to bring her back to the mommy and me music class and she full on resisted. She told me she didn’t want to participate, and fought to go home. I was amazed at how something she always looked forward too became something she resisted with force.  She’d outgrown it, moved on.

One of the things that broke my heart, yet was a true sign my daughter wanted some non-mommy time was when she started becoming dismissive. I noticed she’d tell me “bye bye,” or request I go sit on the couch if she was enjoying an activity with someone else. At first I thought I was doing something wrong because she didn’t want me around, but after a while I understood that she’s learned to value her moments with other people; whether it’s reading a book with grandma, brushing her teeth with daddy, or drawing with her uncle. She appreciates the time she spends with other people and doesn’t need me around every minute the way she did only a few short months ago.

I’d gotten used to her needing me, looking for me, and expecting my presence in every situation.  What I failed to realize is that her mind is constantly growing, and her needs will not stay the same. I simply need to accept the changes, adjust, and move on.  I moved her out of our music class, and into a preschool preparation program.  I drop her off for two hours so she can learn, play, form better bonds with children in her age group, and get a better scope of what school will be like.  Upon picking her up from her first class I knew I’d made the right decision. I arrived to find her smiling, excited, happy to see me, and tell me how much fun she’d had. I’ve done my job, and given her space to thrive.. Now we can both enjoy some separation, and I will rediscover some of that joyful independence I used to thrive on before I was a mother.  I never imagined I’d be the one resistant to the signs of change, but then again, there’s a lot about the child rearing experience I never imagined. 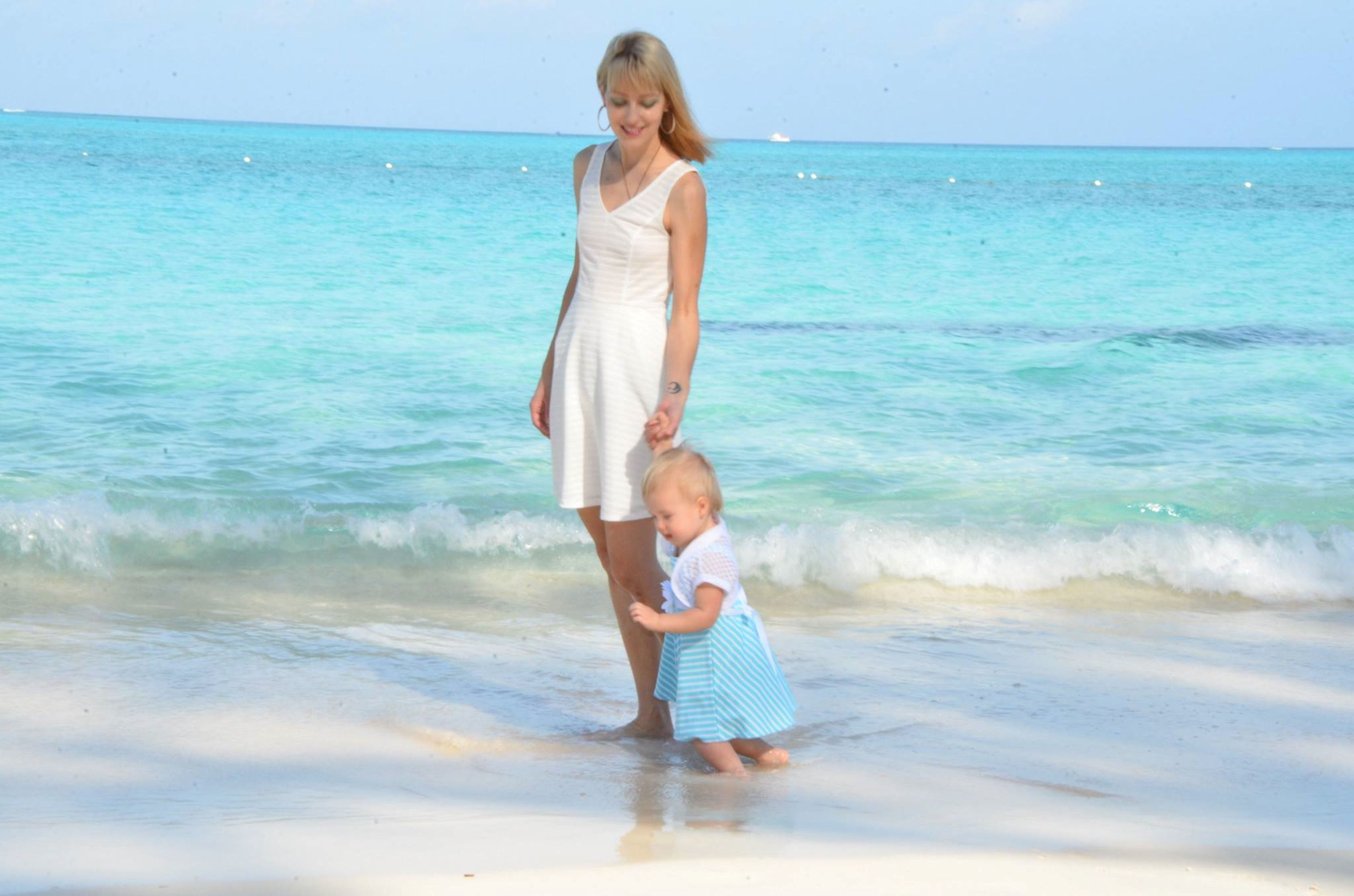 Marisa Svalstedt is a stay-at-home mom living in Connecticut, wth her husband, their daughter, and very fluffy cat, Aslan. She received her MA in English from Western Connecticut State University. She's been featured on Babble, The Mighty, and Suburban Misfit Mom. She enjoys photography, crochet, trampolines, and coffee.