The La Jolla Open Aire Farmer’s Market, located on the campus of La Jolla Elementary School, is a vibrant community event and gathering place each Sunday from 9-1, hosting more than 140 vendors each week. From farm fresh produce and an international gourmet food court, to talented local artisans, our market has something for everyone! Bring the family and enjoy breakfast or lunch on the lawn or in our covered seating arbor while listening to live music. Your kids will love running on the grass, playing on our two playgrounds, and being treated to face painting and balloon animals.  We also offer a complementary dog sitting service, right outside of our market gates, courtesy of Dog Zenergy.

On October 20, as we celebrate our 21st anniversary, we will be hosting our annual Harvest Festival, a free family event from 10-1, featuring games, music, prizes and more!

The La Jolla Open Aire market is different than other farmers markets in that all proceeds benefit La Jolla Elementary, a public school. The proceeds fund various initiatives including school improvements and programs such as art, music, library, technology and additional teachers to lower class sizes. Come explore locally grown perfection, every Sunday, rain or shine!

Come one, Come all. Our pumpkin patch is a great experience for all and can be enjoyed by all ages. Get a taste of the country as you drive out to Ramona California. Our family owned and operated Pumpkin Patch has been in business for 22 years. We love seeing the joy on every visitors face while they spend quality time with loved ones during the time they spend at the Patch.  We have many things to offer. Come and enjoy an assortment of pumpkins and guards, hayrides, pony rides, petting zoo, corn cannon, and our 2 acre corn maze. We have something for everyone.  Get in all your fall fun at Mountain Valley Ranch Pumpkin Patch, open from September 28 until Halloween.

The lunchboxes they’re using this year put a brown bag to shame. Make sure you fill it with the foods your crew will love by shopping at Thrive Market. Here are five reasons parents are choosing Thrive Market for all their fall shopping needs.

Convenience. Online grocery shopping makes the whole process stress-free. Thrive Market offers free shipping on orders over $49 and will include a free item, like a new granola bar to try or almond butter. Perk: your order will ship in two days or less.

Shop by Value or Diet. Thrive Market allows you to sort its 6,000+ products by 12 diets (Keto, Paleo, AIP), 35 ingredients, and 29 environmental or social values (Non-GMO, Preservative-Free, Grass Fed and Plant-Based). Perk: Thrive Market offers pre-selected boxes based on your diet or its value, which means you don’t have to think about what to buy.

Thrive Market does good. Try it free for 30 days. After your free trial, the $60 annual membership will provide a free membership to a low-income family, student, teacher, veteran or first responder so they can also access Thrive Market’s quality goods.

Discounted prices. See below for some popular products (and discounts!), including Dr. Bronner’s, Mrs. Meyers and Annie’s. If you don’t save at least $60, Thrive Market will give you the difference in credit after you renew your membership. 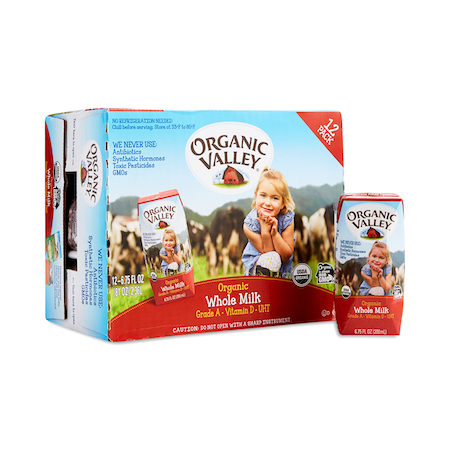 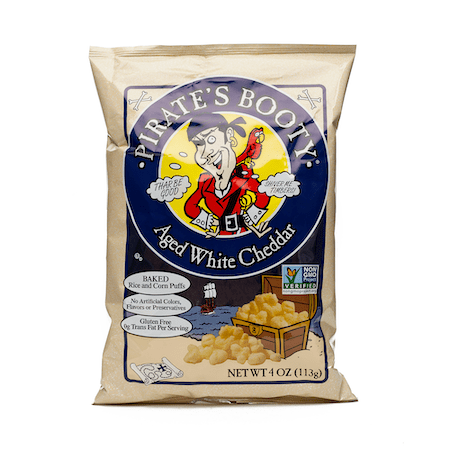 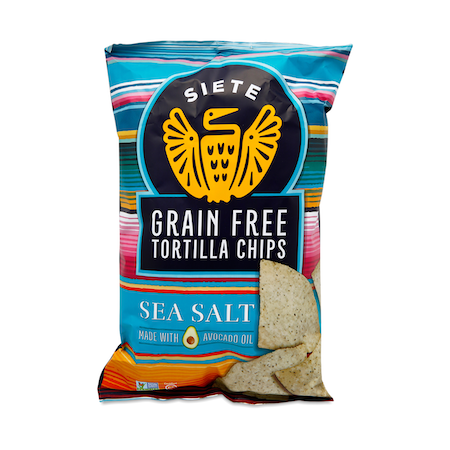 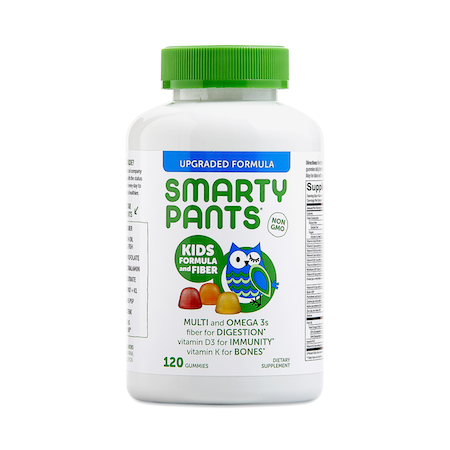 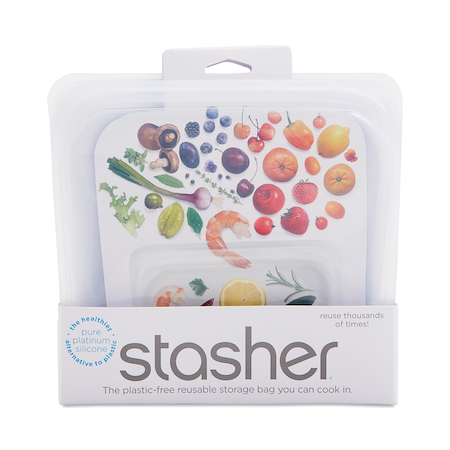 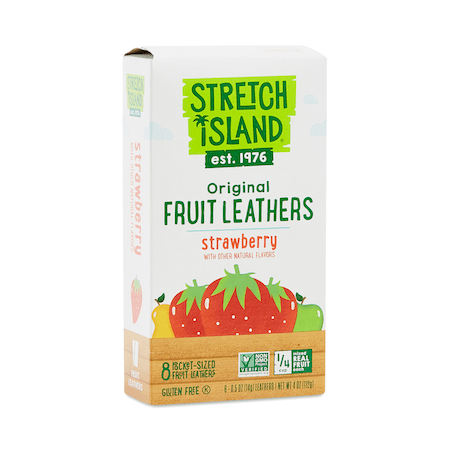 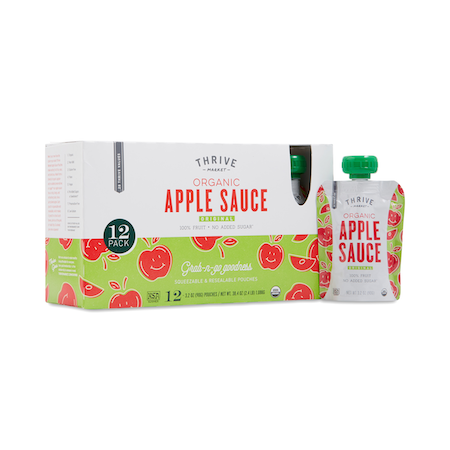 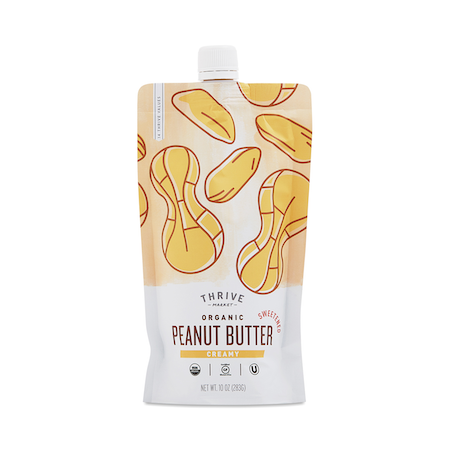 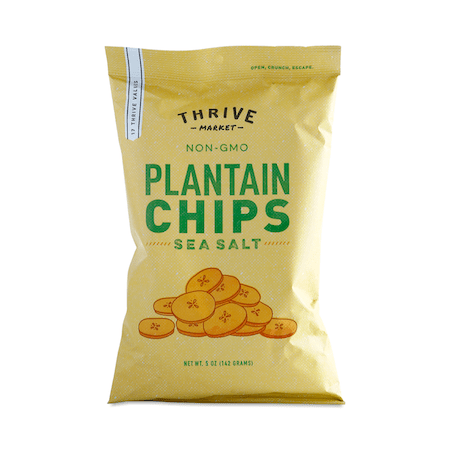 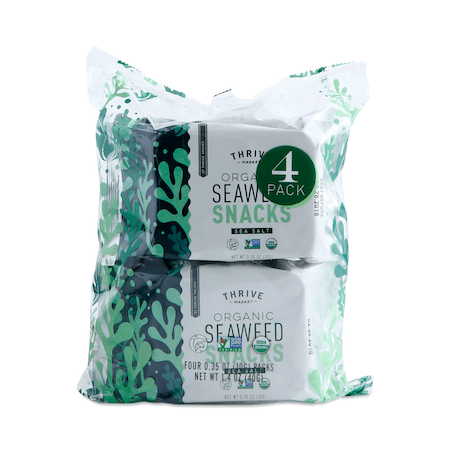 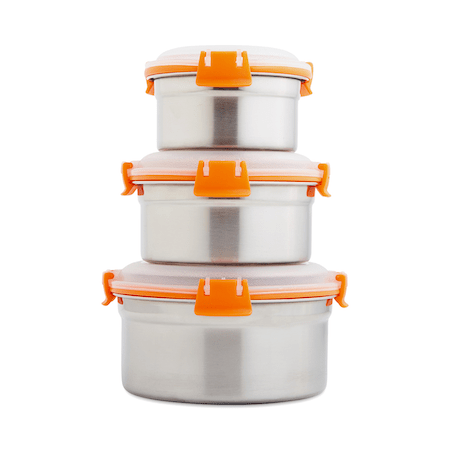 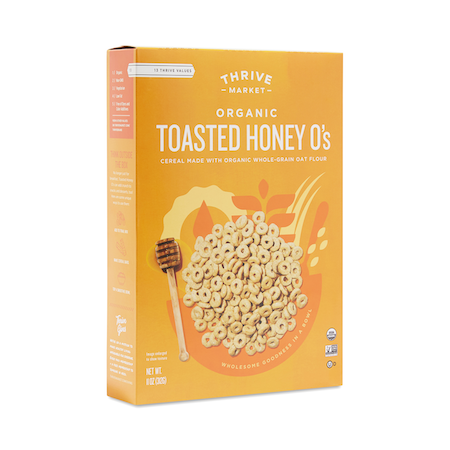 With thousands of games, books and videos available through Amazon’s FreeTime Unlimited the only real challenge is deciding where to begin. We’ve rounded up some of our favorite Halloween-themed tricks and treats to get kids excited about the spooktacular season.

BOOK: The Little Old Lady Who Was Not Afraid of Anything – This classic children’s book is the perfect way to get young readers in the Halloween spirit and remind them that there’s absolutely nothing to be scared of.

GAME: Room on the Broom: Games – The friendly witch and her broom full of critters from the picture book of the same name serves as the perfect inspiration for some not-too spooky fun, like creating star pictures, feeding a dragon and catching magical letters.

SHOW: Pinkfong Halloween Songs – Pint-sized fans of that Baby Shark earworm will love listening to these silly Halloween songs over and over again.

BOOK: It’s Halloween, I’m Turning Green – This hilarious title in the best-selling My Weird School book series has the students at Ella Mentry School enjoying a very memorable Halloween, trick-or-treating and attempting to eat “a million hundred pounds” of chocolate.

SHOW: Odd Squad: The World Turned Odd – The world gets turned upside down for the Odd Squad when the team accidentally changes the past and reverses every case they’ve ever solved. Fans of the popular PBS series, which turns math learning into odd and mysterious challenges, will love this short movie.

BOOK: The Sixty-Eight Rooms – There’s nothing like a little mystery and suspense to get your young sleuths excited for the spookiest day of the year. This intriguing book series follows the adventures of eleven-year-olds Jack and Ruthie as they get shrunken and have to unravel the secrets hidden inside the 68 miniature rooms known as the Thorne Rooms at the Chicago Art Institute.

GAME: Goosebumps Horror Town – Fans of the thrilling book series will love the challenge of building their own spooky town to fill with Goosebumps monsters. Choose to play either as creepy creatures scaring the townsfolk or rally the humans to scare away the monsters. Either way, it’s a spooky good time.

SHOW: Gortimer Gibbons Life on Normal Street – From ghostly hauntings to a search for mythical treasure, Gortimer and his best friends, Ranger and Mel, spend their days on Normal Street unraveling some very un-normal mysteries. 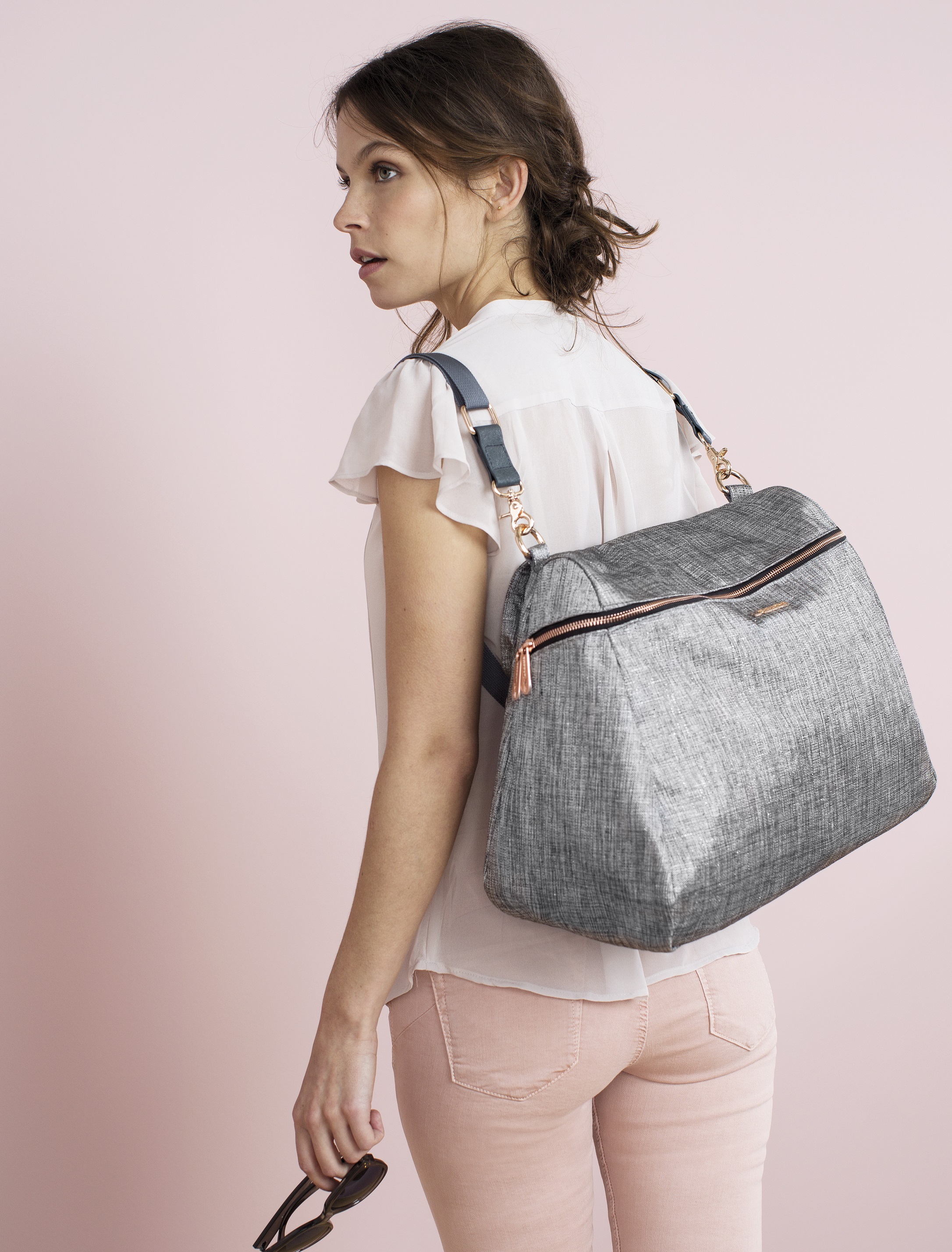 Summer is winding down and Fall is upon us.  A new season brings a wardrobe shift and the perfect time to update your accessories!  Lassig has Gorgeous, High Quality Diaper Bags in a variety of styles on SALE now.  Choose from shoulder bags, messenger bags, stroller bags, multi-carry bags with a backpack option, and even Eco-friendly pieces.  Prices are up to 50% off!  Don’t delay and get ’em while they’re hot, ’cause once the temps cool the sale will too! 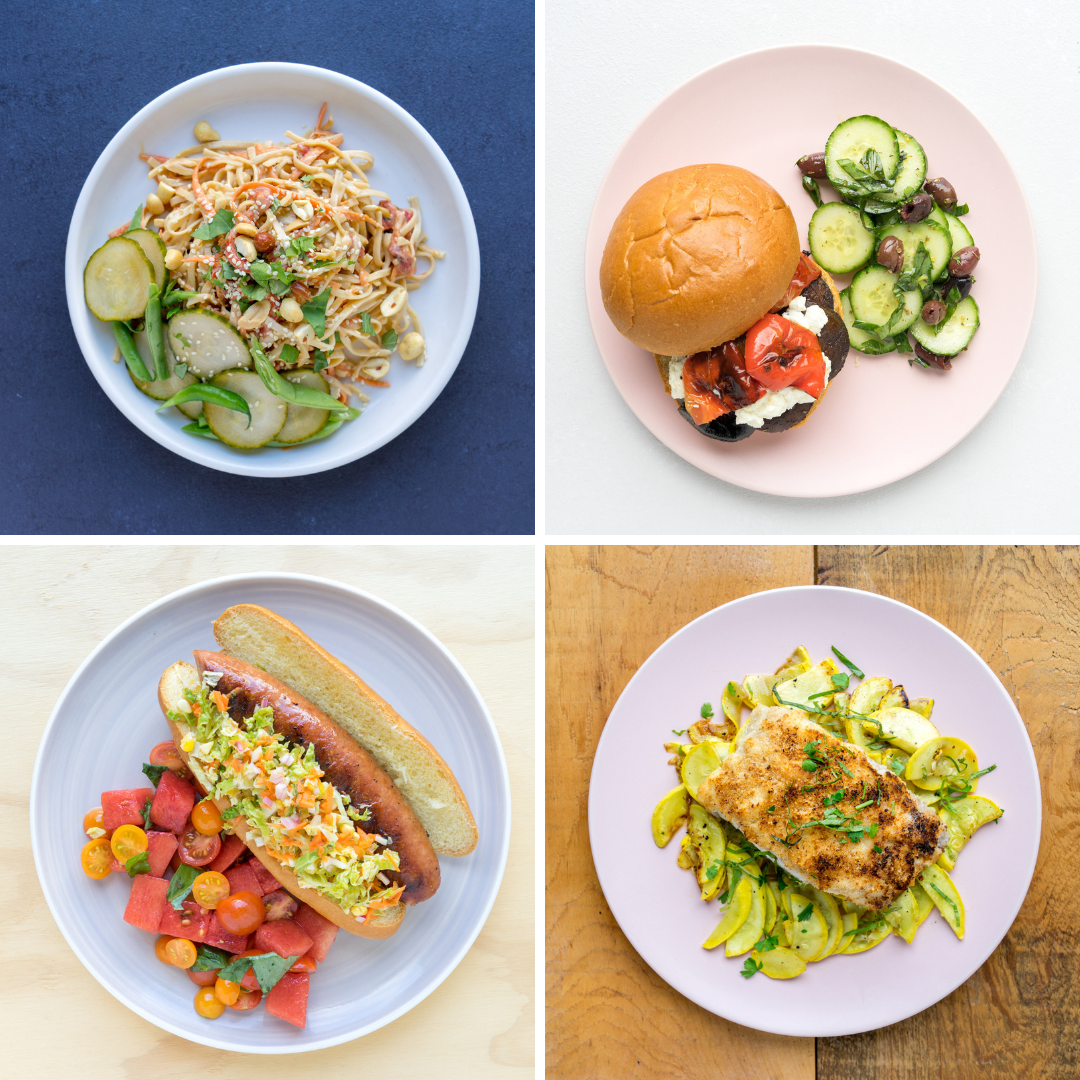 Ends+Stems’ goals are: 1) Help you know what to buy and cook,  2) Make weeknight dinners easier + delicious;  3) Reduce food waste, a daily action for a healthier planet and our future.

They have meals for all diets. Most recipes are 30 minutes or less. Simply check the dashboard on Fridays for the new menu. Confirm or make changes to your meals. One click to confirm shows you the grocery list. You can shop at your favorite stores and desired price point. Option weekend Prep-Ahead List gets you off on the right foot. Each night, follow the easy instructions for a home-cooked family meal. It’s the convenience of a meal kit with less waste and groceries purchased from your stores.

Start a new habit this year with the whole family. Let Ends+Stems do that mental workload, you simply cook and teach your kids about our part in making the world a better place. 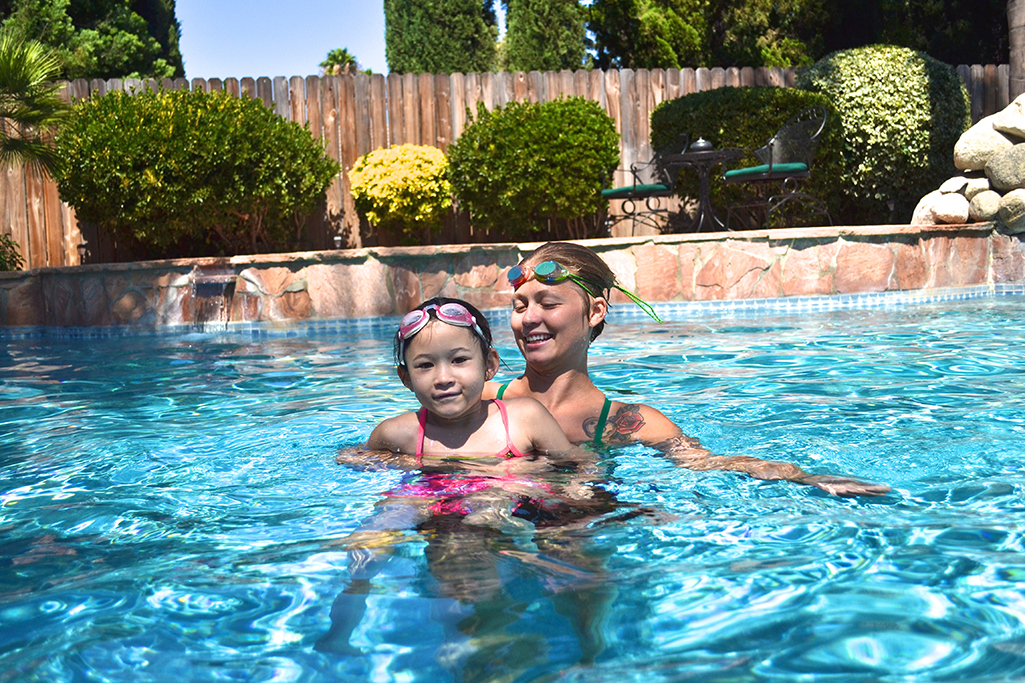 Did you know drowning is responsible for more deaths among children ages 1- to 4-years-old than any other cause except birth defects? Among children 1- to 14-years-old, fatal drowning remains the second-leading cause of unintentional injury-related death behind motor vehicle crashes. Learning how to swim and becoming water-safe is not just summertime leisure. It’s life-saving. Don’t put off your family’s safety another season. Become a confident swimmer and water-safe with America’s #1 rated swim school.

Sunsational Swim School specializes in private, at-home swimming lessons for learners of all ages. We make learning how to swim convenient, fast, fun and guarantee results. Our certified swim instructors travel to your home pool/any pool of your choice to teach your lessons on the days and times you want. You’ll see amazing results in a short period working with our award-winning swim instructors, who have made Sunsational the top mobile swim school in the nation. All Sunsational swim instructors have a minimum of two-years teaching experience, are CPR/First Aid Certified, pass a national background check and are insured.

Register online or over the phone today!