If you or your kids have the flu, you’re not alone: the 2018 flu season has turned out not only to be one of the worst in recent decades, tragically, it’s been deadly, too. At least 2,000 people have died from the flu this season—37 of them children.

According to the weekly influenza update from the Centers for Disease Control and Prevention, some regions of the United States are being harder hit by the flu than others, which can put an even heavier burden on parents, schools and public health systems as they try to keep up with rising numbers of flu cases. Here’s a look at the current spread of the flu virus in the United States—spoiler alert, it’s pretty bleak. 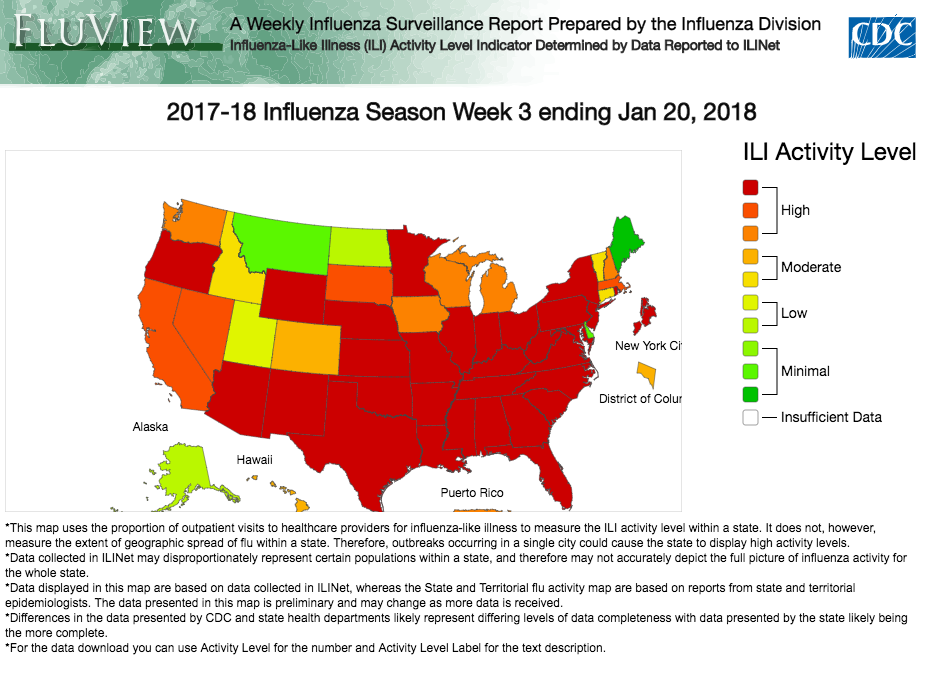 Basically, if you live pretty much anywhere in the United States except for Alaska, Maine, Montana, North Dakota or Utah, I’ve got some bad news for you: the flu is probably rampant in your state right now. If you think this year’s flu is just a lot of hype, it’s not. Take a look how quickly the flu has spread when looking at this same CDC data from a month ago: 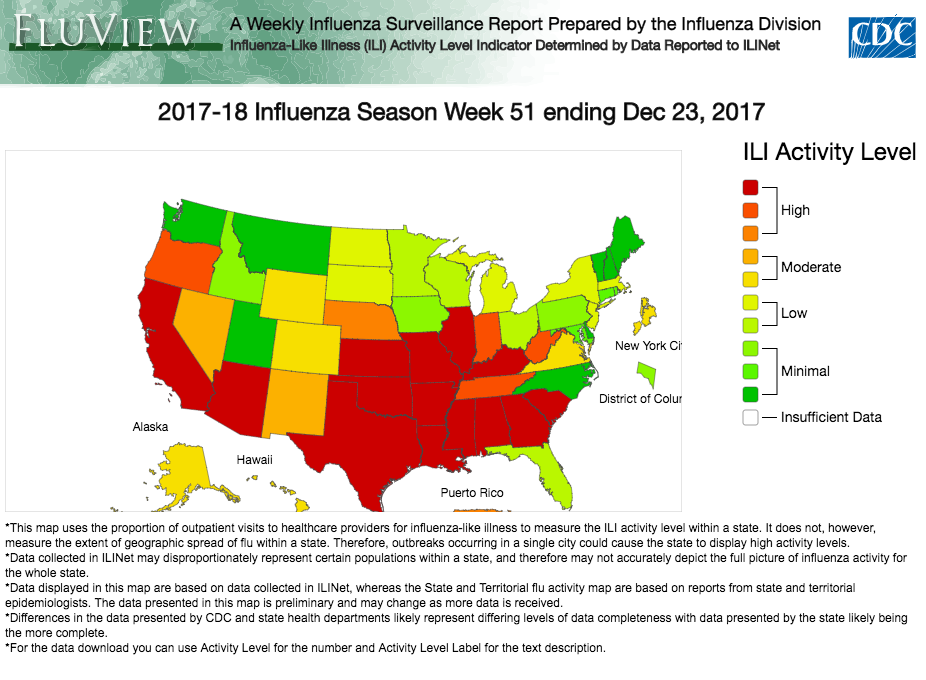 Now, before you balk at the first sign of a runny nose, coughing or fever, remember that the only way to know for sure if you have the flu is to get a flu test—and if you test positive early enough, it can be treated with prescription medications like Tamiflu.

Also, most people don’t realize it’s not too late to get the flu shot. Even though it may not protect you from all of the specific flu strains wreaking havoc this year, it’s better to have some protection from the flu than none at all. (And as always, check with your own healthcare provider before taking any medical advice you might read here.)

Has the flu descended upon your family? Share your stories in the comments below.