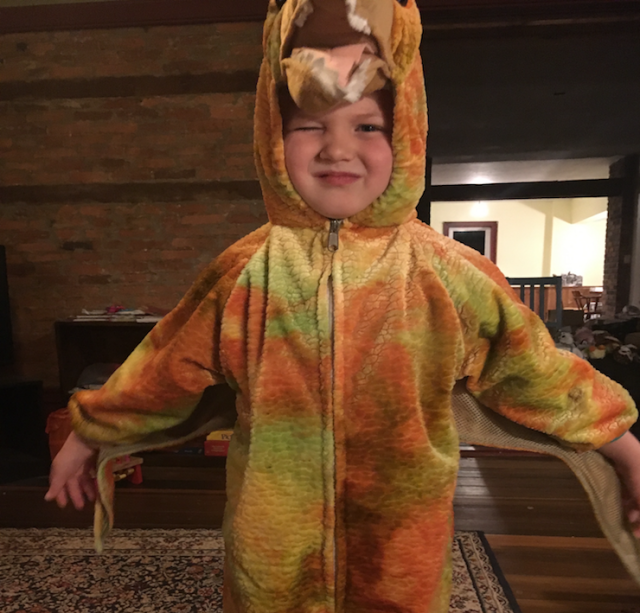 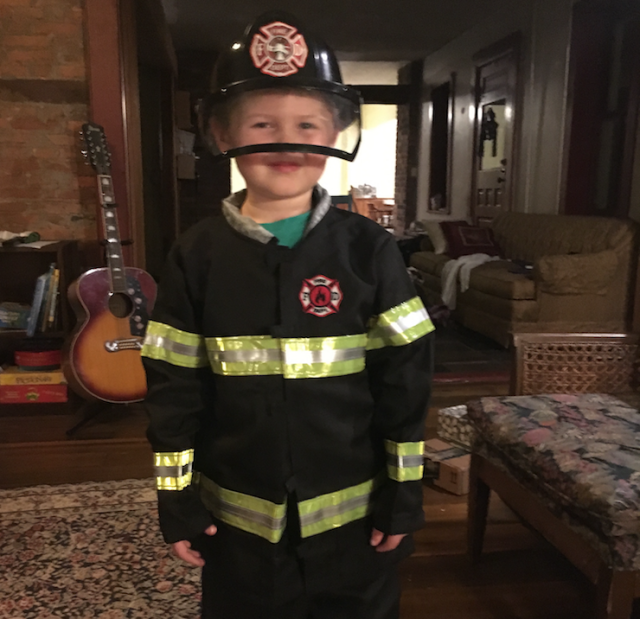 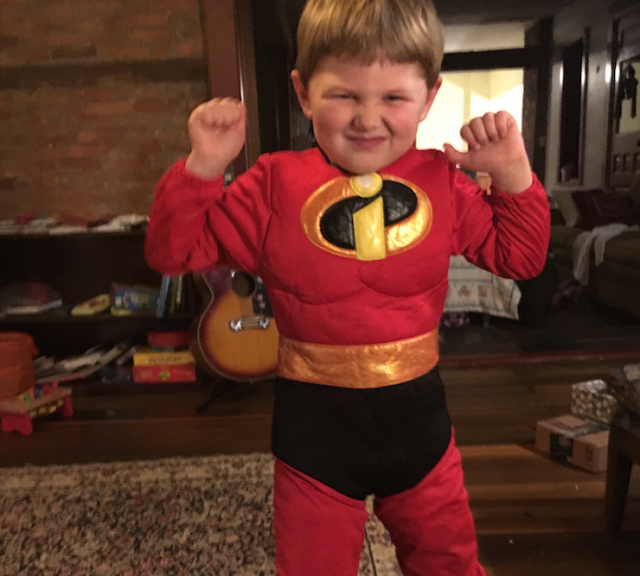 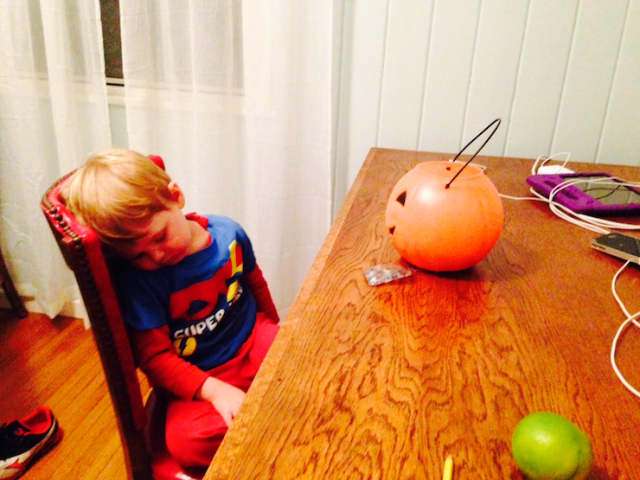 It is late October, which means only one thing in this house: What the *&%# are my kids going to be for Halloween?

Every year, I vow that next year will be different. I will not wrap myself up in their crazy. I will not cotton last-minute schemes. I will not enter Party City on Oct. 30th in search of “medium-blue socks and a small bag of feathers.” Instead, like the well-behaved family that I know we could be, we will make early plans. We will select costumes AND wear them. Or we will let the chips fall.

I really thought this was going to be our year.

In July, both girls had wanted desperately to be Katniss Everdeen from The Hunger Games. I was jazzed. There would be no simpering princesses here.  No sequins, pompoms, or lace. Only two strong heroines. With easy costumes to boot. Wear black, braid hair, maybe hold an arrow, and call it done. But our oldest daughter is going through a bit of a tween thing, and refused to wear any costume that matched her baby sister, who in turn, rejected Katniss if older sis would not join in. So now neither one will volunteer as tribute.

My friends seem to eliminate this waffling and tomfoolery with overriding household themes. Their families dress as minions or superheroes, Star Wars personalities or characters from Scooby Doo. My neighbors transformed themselves into the cast of The Dukes of Hazzard a few years back. Baby Boss Hogg and teenage Roscoe P. Coltrane were particularly on point.

I floated a group costume to my crew, and the only idea upon which anyone could agree was that I would portray the Wicked Witch. That theme was jettisoned, however, when everyone else in the family fought over Dorothy. For a few moments at the Science Center, we were committed to being a family of astronauts. Space Team Harbaugh. Our costumes would be both empowering and STEM-appropriate. But the rocketeers disbanded at the gift shop when I saw the price of one single spacesuit. Astronomical! They must have been using the proceeds to fund actual space exploration.

Without a theme, we quickly became untethered. Costume notions have entered and exited the house with the breeze. Already, our seven-year-old has vetoed a fireman, dinosaur, bumblebee, ballerina, hula dancer, and ninja. I really thought we had a winner with that last one until her sister pronounced it lame to wear the same costume two years in a row. I wanted to kick her.

I complained to my husband about the kids’ failure to commit, but he adopts a “not my circus, not my monkeys” attitude about this particular holiday. Give him his way, and we would skip it altogether. He does not like candy. Or pumpkin lattes.  nd he once told me he would rather “scrub a toilet than wear a costume.” To be fair, he has begrudgingly dressed up whenever I have insisted.  But that usually means donning a Hawaiian shirt, carrying a beer, and calling himself Jimmy Buffett.

I suppose costume failure is in my lineage. Growing up, most years, I was either a pirate or a gypsy – which both looked pretty much the same. My father came from a long line of hobos.  And my brothers alternated their pirates with various sportsmen: pirate – golfer – pirate – baseball player – pirate — quarterback. My sister was usually a witch. None of us won many awards for originality, but we had full candy buckets at the end of the night, which, as far as we were concerned, was the whole point.

I have never subscribed to the notion that a Halloween costume is an extension of your soul.  I like a heavyset male in a tutu claiming to be Tinker Bell as much as the next gal, but I’m also fine with ghosts and black cats.  I do not equate costume proficiency with winning at life.  People with basic get-ups can still be complex, even awesome humans.  Especially if they spend no money.  Two years back, my daughter’s preschool teacher became my new hero when she whipped up a turtle with some green paper and a stapler.

Of course, there are other forces getting in the way of my frugality. In addition to believing her costume is an extension of her soul, my oldest daughter fears this might be her last chance for trick-or-treating. I have tried to convince her that she’ll eke out a few more candy-grubbing promenades.  But she’s in middle school this year. Maybe she is right. I distinctly remember my final year as a costumed participant. My girlfriend and I dressed in robes and face cream and claimed we were “moms” – as though either of our mothers had ever looked that way. Neighbors humored us, but we knew. We were old enough to walk into a store and purchase our own candy.  It was time to hang up the pumpkin buckets, and put our pillowcases back on the bed.

Which is why I probably will drive my daughters to Party City tomorrow afternoon. And why I will pay Amazon to rush ship yet another costume to our house by week’s end. For a young girl, October 31st is a chance to be anything she wants:  a painter, the President, a doctor, an astronaut, a rock star, a superhero, or the commissioner of the NBA.

The world sometimes disagrees. But on Halloween, blessedly ridiculous, frequently last-minute, Halloween, I want no limits. On that night, I want my girls to have all of the options, and all of the opportunities. If only to help me reinforce this idea every other day of the year. 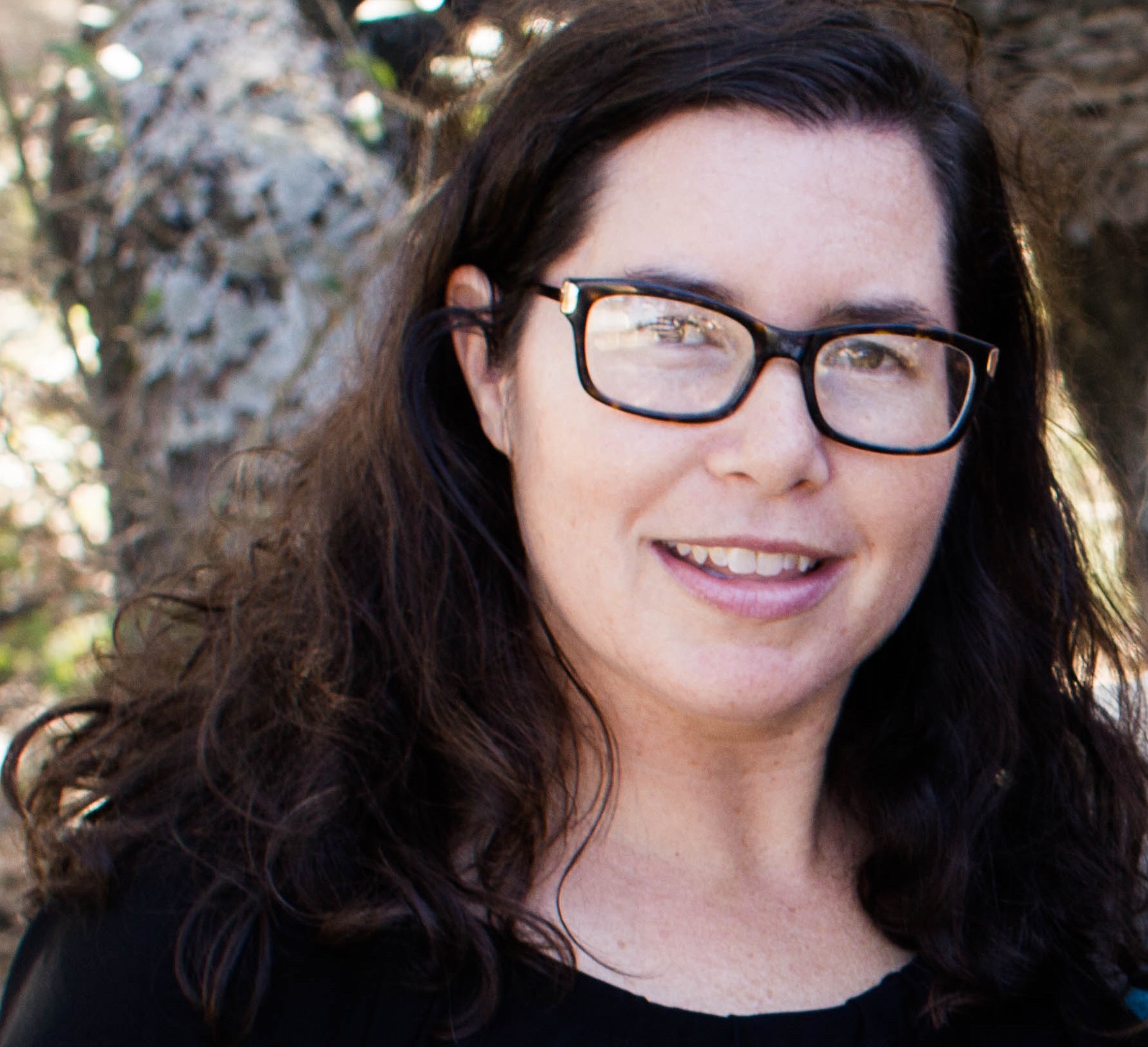 Annmarie Kelly-Harbaugh is the author of Here Be Dragons: A Parent's Guide to Rediscovering Purpose, Adventure, and the Unfathomable Joy of the Journey, and founder of DadvMom.com, an online community dedicated to the proposition that couples can love one another and their children at the same time. Mostly.