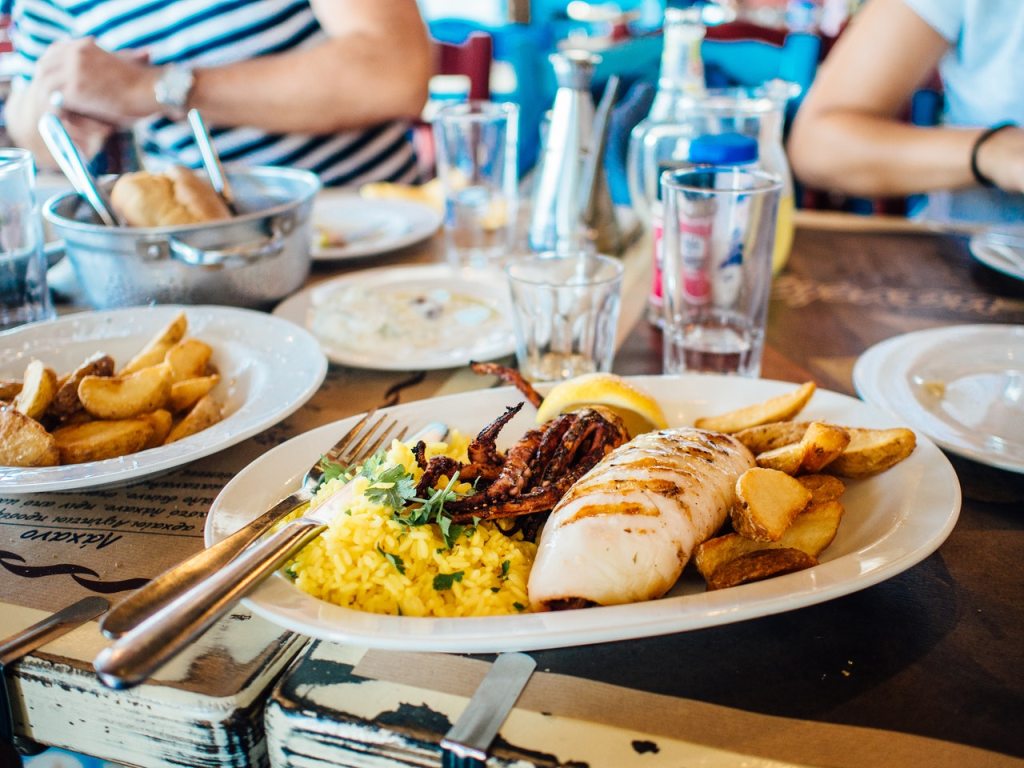 When was the last time that you sat down to a leisurely family meal? One that you cooked, and actually got to eat while it was still kind of warmish. Uber Eats recently released their “How America Eats” survey, featuring data on our dining habits — at home, at work and on the go. If you think you know how America eats, keep reading. You might be surprised by the results.

If you have Littles under your roof, it’s likely that your family eats more often, but less traditionally, than parents with older kiddos or adults eating solo. Oh, and the random French fries, chicken nuggets and other leftover food that you pick off your child’s plate? Well, you’re not alone in this type of eating habit. Sixty percent of parents admit that they do indeed eat their kids’ leftovers. Twenty-six percent of those parents report snagging leftovers off their kids’ plates always or often. And mamas, the ladies aren’t the main leftover thieves here. Dads are more likely to engage in this eating behavior.

When it comes to tech-time and eating, an overwhelming 90% of millennials admit to texting during meals. The 90% doesn’t just include those tech-obsessed millennial singletons who are fresh out of college. Nope. Young parents who fall into the millennial category are also likely to text and eat at the same time. Hmm. Modern multitasking?

Parents of children under 18 also engage in some other pretty interesting habits. At least, they do more often than people who have adult children or people who don’t have children at all. Parents with young children are more likely to use meal delivery over shopping for their own food and preparing it. They also feel that they eat healthier when they order in. When they do take the fam out, they’re also likely to try new restaurants in the area and try to support local businesses by doing so.

If you feel like a short-order cook, you aren’t alone. Fifty-four percent of parents admit to cooking more than one meal to meet everyone in the family’s food preferences. When they’re not cooking, 34% say they order in from more than one restaurant to accommodate their kids’ foodie whims.

Do you prep more than one meal? Share why, or why not, in the comments below.