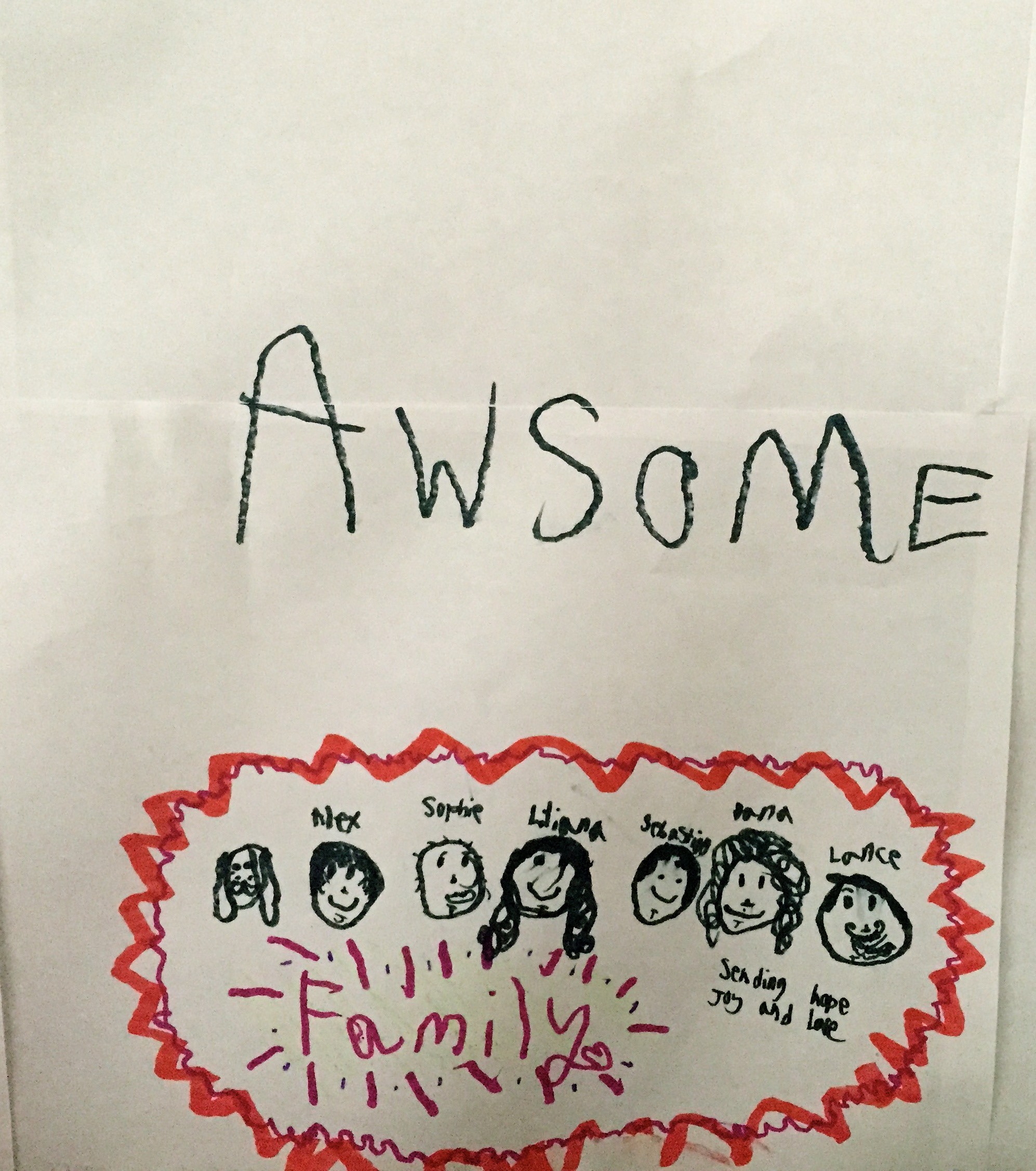 Pretend you’re the sister and I’m the mommy, pretend I’m the dog, pretend my name is Flora, Abigail, Elinor…

My 8-year-old, frolics and revels in a world of pretend. As she plays “school” with her popsicle sticks, I marvel at the fluidity with which she weaves in and out of an assortment of characters.

In her pretend play she is constantly taking on different roles, assuming different selves. Intuitively, she internalizes the idea that the ‘self’ is ever shifting, that it is but a mere snapshot of us in a given moment. Through her play, Liliana’s ‘self’ is multifaceted; it is shaped by interactions. The vastly different characters that she assumes, I realize, are not outside of her but within her.

As she plays pretend, Liliana is not stuck in being, but is always on the brink of becoming.

Look up “pretend” in the dictionary and you will encounter the terms “make believe” or “making ‘as if’.” There is something delightful and expansive in this idea of making “as if.” It denotes a condition that spawns potential. When we make “as if” we are opening up a space that encompasses and contains potential.  We rarely know where the bumbling path of “as if” will take us; but we must brace ourselves for the ride. Because it WILL take us places. Funny places, sobering places, earnest places, startling places: all of them, places of discovery. Playing “as if” is very simply, a form of exploration. And the streams of exploration feed into the sea of discovery.

Sebastian, a little older and more equable, sits on the corner stool at the kitchen table and works on his math homework. He talks through it aloud, including me in the problem solving process. I nod, throw in some hmms for good measure, and let my mind wander to a different array of problems that need solving (math was never my strong suit) – what are we doing for dinner, when do I have to nurse the baby again, how are we going to negotiate the three pick-ups in three different locations tomorrow afternoon —

Sebastian walks me through his problem solving process and I nod perfunctorily. I’m glad he’s getting it because I sure as hell ain’t. Only moments later, he says “no that can’t be it,” and I let out a regretful “hmmm” and purse my lips in a diffident gesture of helplessness. He goes on to elucidate why that can’t be it and my perfunctory nods make a comeback.

“That’s why I love math,” he exclaims. “Because you have to keep trying over and over until you get it.”

His comment washes over me at first. And then jars me into awareness: WAIT WHAT??

WOW! If it were I, I’d be like — after the first failed attempt — “Forget this, I suck at this, this is the stupidest suck that ever did suck, I give up.”

Psychologist Carol Dweck talks about the fixed vs. growth mindset. According to Dweck, we can be placed on a continuum based on our implicit views on ability; on one end lie those of us who believe our success is based on innate ability (“fixed”), and on the other, those who believe that success is a result of dogged persistent trial and error (“growth”).

Like his sister, Sebastian takes on different roles in solving a problem; he “plays” with different scenarios. He too is not stuck in being, but teeters on the verge of becoming.

As I watch my children play to learn, I realize that I need to learn to play, that I need to un-“fix” and “grow” my mindset. I pretend I’m the sister and she’s the mommy and I instantly get “schooled”:

L: I need your phone

L: Because I’m the Mommy.

I wince, smile, accede, and lean further in: to a place where now, my daughter, experiences a sense of command, and I, a sense of vulnerability. Our “as-if” play opens a draft of delicate awareness.

Philosophers, such as Confucius, advocated living “as if”. Sociologists Puett and Gross-Loh are reaffirming this ancient view, claiming that “by engaging in as-if rituals – which are the very opposite of the sincere, authentic approach to ourselves – we will develop into better human beings.” (Stop trying to ‘find yourself’, The Guardian, May 8, 2016)

Every parent will tell you that kids are wizards when it comes to timing; that that anticipated and dreaded stretch we call “bed time” which punctuates a long weary day is the muddied place where children “wake up.” That this, the point at which you, dear parents, are longing for peace and aching for repose, a glass of wine, a pint of ice cream, a mind-numbing sitcom on Netflix, for collapse on any level surface, this — is when those wonder-filled creatures take it upon themselves to pull you in, to stretch your day, to curtail your night, to ponder life’s mystifying questions.

Sebastian: “Why are there still so many bad people? Why do people want to be bad?”

Liliana: “How did the first person get here if they weren’t in their mommy’s tummy?”

Who the hell has the mommy script, I think to myself. I just want to go the f**k to sleep.

But I take a deep breath. And I begin – to pretend.

Not pretend like I know the answer. Not pretend like there is a singular answer. But making “as if.” This game of pretend, like a child’s pretend play, is not about deception, not about laying claim to, not about phoniness, but about imagination, about make-believe, about drawing forth a wellspring of possibility. Parenting is of course, a timeless game of improvisation.

The empowering thing, I realize, is this: I hold the reins; I drive the agenda.

The response to the question about bad people ends up winding and turning – becoming — a discussion on the Jewish concept of Tikkun Olam (the injunction to repair the world), compassion, and how little things measure up. How inviting one person to play with you can save and change that person’s life. Cue in another Jewish proverb: if you’ve saved one life, you’ve saved the world.

Another response – on evolution and God – meanders, shifts, and becomes:

“Was your Safta (grandma) a monkey?”

“So was God born before the monkeys?”

The thing about parenting is that you always get a “do over” a second chance, and a third, and fourth, and fifth – to revise the answer, to apologize, to breathe before you speak, to make “as if.”

“As if” in its fluidity, allows us not only to respond, but also to question. For As If is closely connected to What If.  What if I were _____?  Well, let’s make “as if”. There is a generative relationship between questioning and learning, between playing and discovering.

In playing “family”, I take on the role of sister, of dog, of baby. And I watch my children take on the roles of brother, of father, of grandmother. As the boundaries become fluid, a rarefied reflection surfaces. I glean their version of familial roles and discern both the apparent and the suggestive: the What Is and the What If.

We break from who we are when we note the not-so-good patterns we’ve fallen into and then actively work to shift them (i.e. I should probably be less attached to my phone) – “as if” we were different people in that moment. In drawing on different sides of ourselves, we come back slightly changed.

In un-“fixing” myself, I am able to allow for “growth”.

The thing about the family circus, with its assortment of characters, is that you’re a part of something that’s greater than the sum of its parts. In playing “family”, I expand my sense of family.

So does Liliana. Her illustration of her “awsome” family delineates all six of us (named). Plus a dog (un-named)!

The dog, for the time being, will remain “as if.”