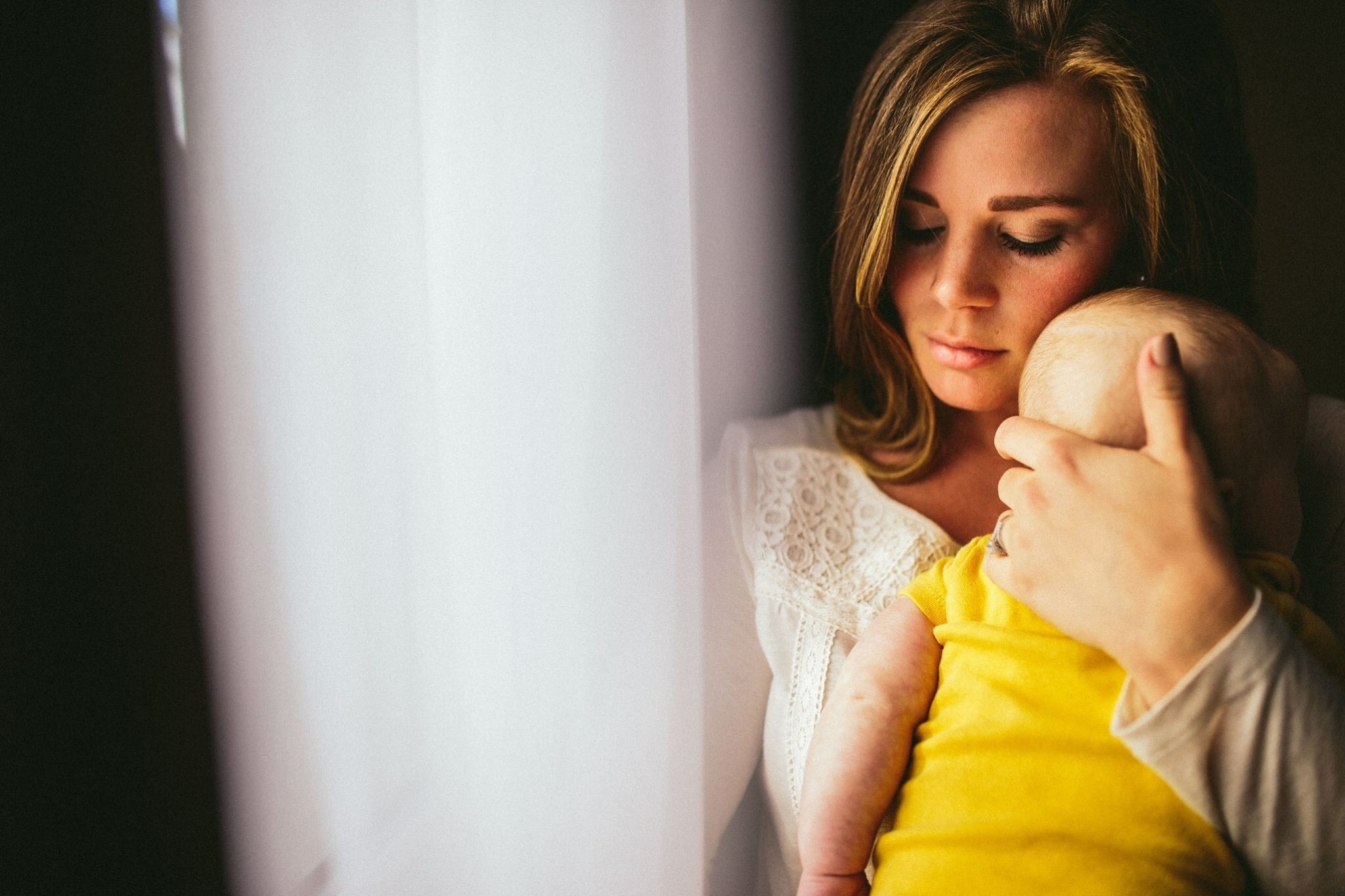 When my daughter was about six months old, people stopped asking me how we were sleeping. I think by that point, most babies have it figured out, and parents are no longer expected to be in that horrible, sleep-deprived haze of new parenthood.

But my daughter is over a year old now, and we are still not sleeping.

I started this post last week, and decided to let it marinate for a little while. I am conflicted about posting it for a couple of reasons:

After a week of marinating, honesty won out. Sorry, honey. Please don’t be emotionally damaged by this post.

The last couple of weeks have sucked, to put it lightly. I am sleep-deprived, overwhelmed, and cranky. I feel bad saying that my daughter is a difficult baby…

But OMFG my daughter is a difficult baby.

She is what can only be described as a “highly sensitive child.” Well, that’s not true. There are other words you could use to describe her, but that’s the technical term (I think).

In the early days, the sleep books like No Cry Sleep Solution (for fans of attachment parenting) might as well have been written for an entirely different species, that’s how little they related to our situation. Books about the Happiest Baby on the Block might have made a teeny tiny dent in the horrors that comprise colic, but came nowhere NEAR to alleviating our problems.

And once the colic ended, the sleep problems began. We’re talking months of taking 30 minute naps and waking up every hour and a half, every. single. night. During the day, she and I were both tired and cranky all the time, and I was totally desperate. We slowly found a schedule that worked for us, using (in part) Healthy Sleep Habits, Happy Child.

However, if we deviate from this schedule even a smidge, a hell rains down upon this house worse than the plagues, I swear. This schedule includes both sleep and feeding, and each activity must be attended to within a half hour (or we’re screwed).

I am not able to identify with people who have “easy” babies. Not even remotely. If I don’t make my kid go to sleep at the designated time and in the designated place, she simply will not go to sleep. I see photos of children asleep on the living room floor, and I think, “that must be a pod person. That is not my experience of what children are like.” I once overheard my cousin say, “my son just went to sleep when he was tired.” I think C would stay awake forever if I let her.

On top of everyday difficulties, we deal with the teething – which is what we’ve been going through lately. The author of Healthy Sleep Habits, Happy Child very nearly got a psychotic phone call from me at 3am screaming “YOU’RE AN IDIOT IF YOU THINK TEETHING DOES NOT DISRUPT SLEEP, YOU PIECE OF CRAP!” Yes, the man actually said that. When I was more sane, I was glad I didn’t call him. But I still have doubts about his credibility.

When my daughter is teething, it doesn’t matter what I do – we’re just screwed no matter what. Every time she gets another tooth, it’s like someone is boring a hole in her head with an ice pick. She can’t take her naps, she can’t sleep, she throws tantrums over everything, and is totally miserable. Which, in turn, makes everyone around her completely miserable as well. This goes on for weeks for each tooth. She now has six. Out of twenty.

Weeks like this are absolutely awful. A friend of ours came over this weekend, and I burst into tears, saying, “I don’t feel like it’s gotten any easier. It’s just a different type of hideous than it was when she had colic.” This are my low-down moments. My moments when I am depressed, hopeless, and actually angry at an innocent child. When I forget how to keep it in perspective that my child isn’t laying in a hospital bed somewhere. After a bit of sleep or even one hour of sweetness from her, I feel better and know that it has, actually, gotten easier. She can’t communicate well, but at least she can tell me she’s hungry or wants milk. She can walk. That’s better than the colic. Also, she’s cuter than she was then, which helps. ;)

When parents say, “it never gets any easier, just hard in a different way,” I am praying to god that they have “easy” children, and that their “hard” is my easy or even sorta-hard. Because if it’s this hard forever – OMG, I need some help. Friends with highly sensitive or spirited children tell me that it does get easier, once they can communicate better. I am hoping they’re right.

I know that I’m not alone in having hard times like these, and I am really thankful for that. I don’t live in a world where everyone I know has an “easy” baby. Sometimes, though, I just wish it wasn’t this hard.