Here in Portland we are soaking in more than rain. We are up to our eyeballs in super-talented kindie rock stars happily playing to the little groovers of our puddle-covered city. The venues vary from small and intimate to loud and raucous and the shows are a deal and a half – for a few bucks per family you can rock out quite literally morning, noon and night. For the kids it’s a chance to sing, dance, twirl and jump and for the parents it’s a time to tap your toes, sing along, and maybe even twirl a bit, yourself! Check out these five fabulous musicians of the kiddo rock scene at a venue near you:

Mo Phillips – Mo jams on his guitar several days a week and has established true icon status judging by the amount of MoBot tees at playgrounds all over town. Beloved by kids ages one to 100, Mo starts every show learning each kid’s name. He spends his hour of live inspiration belting out his originals about robots, monsters, princesses, ninja moves, or ducks; then might sprinkle in a cover of Johnny Cash before putting down the guitar to lead some Itsy Bitsy Spider/Slippery Fish acapella and hands-up interactive style. Mo then brings it all home by closing the show singing goodbye to each kiddo…by name. Huh? How on earth does he remember each little one’s moniker? Magic! High fives are also in his wheelhouse; be sure to get one after the show. 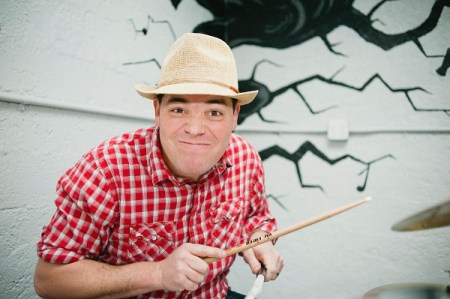 Mr. Ben – Guitar and ukulele playing Mr. Ben is a Portland staple. His shows can be small and mellow or loud and full of dancing. Either way, the baby to age five set are happy. Count on him to croon a few about rockets or hand clapping, throw in some Beatles or Woody Guthrie, bust out his ukulele for Twinkle Twinkle Little Star, then swing back to his guitar for an original gem “Stealthy Little Sucker” inspired by his own toddler-aged son. While you’re there you might want to purchase one of his Mr. Ben all-wood, made in the USA ukuleles! They come in blue or natural and are autographed by the rock star himself. Dig that! 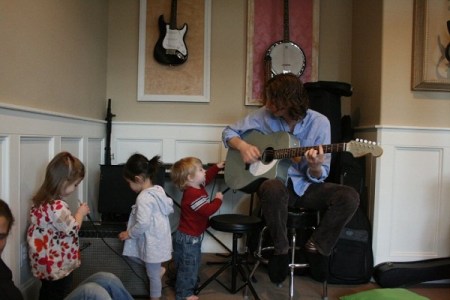 Red Yarn – A recent transplant to Portland, Andy is a puppeteer, storyteller, educator and ambassador of Americana for the next generation. His interactive, energetic puppet show-meets-folk act hits schools, libraries, kid rock venues and festivals all in the same week; yet that red yarn beard always looks good! Red Yarn plays solo and with his Red Yarn Puppet Band. What did we ever do without him? 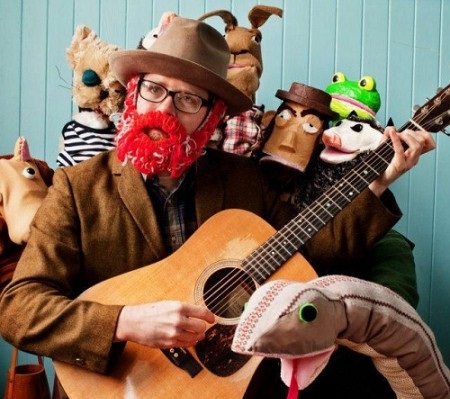 The Alphabeticians – They can sing the alphabet backwards. What else do you need to know? Made up of Mr. Hoo and Mr. E they sum it up best themselves when they describe their band as: They Might Be Giants meets The Velvet Underground meets Schoolhouse Rock. Go see these guys. They are quirky and upbeat and make families smile. Done and done! 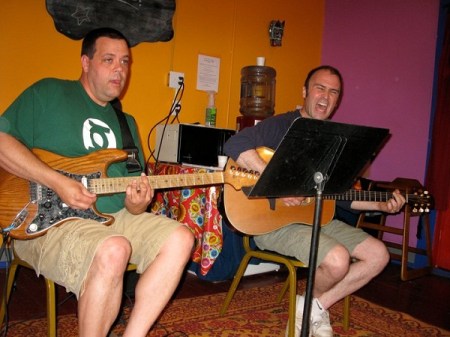 Johnny & Jason: The Willamette Weekly awarded 2011’s Best Kid Rock act to Johnny & Jason and man oh man if they aren’t going just as strong today, working on new music for kids and their adults. Aiming to entertain three to eight year old rockers, Johnny & Jason play alt/country/folk tunes that definitely keep the room grooving. Johnny can also be found playing solo at Portland Children’s Museum or in Mo Phillip’s Band. How cool is that – the kiddo rockers all play nice(ly) together! 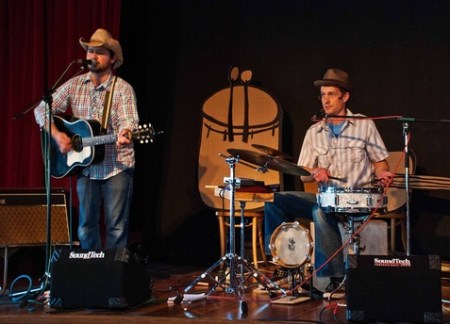 Dinner And A Show
Mississippi Pizza, Jam on Hawthorne, Cafe au Play, and The Warehouse Cafe, among others, sell food (and/or alcohol in the evenings) at their kindie rock shows. Getting there early to grab a table is always a good idea and it never hurts to call ahead or check the web to confirm the gig is on. Be 100% sure to bring cash. These kid-rocking talents are working for a living! And selling CDs! Tees! Onesies! Their Souls! Kidding about that last one. Just bring some money, ok?

Will Work For Cake
Any of these talents are up for bringing their custom world of music to your kiddo’s next birthday bash. Why not let them entertain the crew? See their web pages for pricing and how to make the arrangements and you too, could bring home a rock star…for a few hours anyway.

Tip of the Hat: Other Local Talents Who Rock The Kid Music Scene
Tallulah’s Daddy, Aaron Nigel Smith, Lorna Miller , Taya Jacobs, Tyleena Fairy Funkmother and Laura Veirs are more of our amazing local talent bringing smiles to the littlest souls. Check them out as well!

Did we miss a fave, local kindie rock band? Let us know in the comments section!

Photos courtesy of the facebook pages of Mo Phillips, Mr. Ben, Red Yarn, The Alphabeticians, and the website of Johnny and Jason