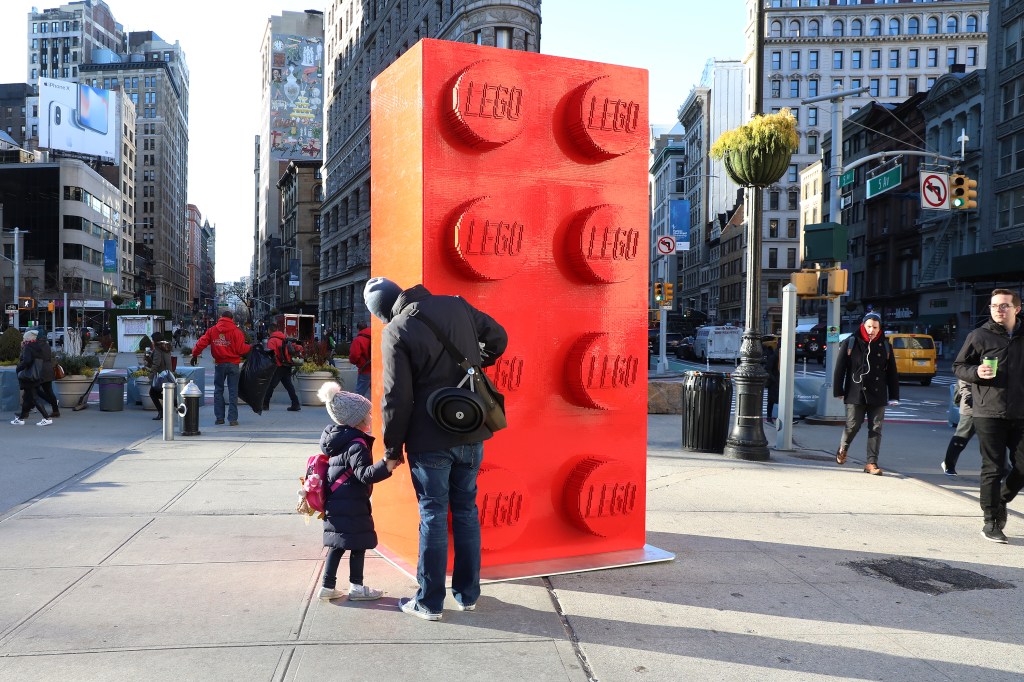 The larger-than-life LEGO model is a 1,200 pound, 10 foot tall kid-sized version that will reside in New York’s Flatiron District through Sunday, January 28. The massive recreation of the standard 2×4 LEGO brick is made from 133,000 smaller bricks.

As you can imagine, based on the endless hours it takes your kiddos to put together a much smaller set, this wasn’t a quick build. The structure itself took LEGO Master Builders more than 350 hours to assemble. The mega model poses one major question to everyone who walks by it, “What will you build?”

Even though the LEGO Group started making plastic bricks way back in 1949, they didn’t perfect the version that we’ve all come to know and love until 1958. Hey, perfection takes time. Right? And that’s exactly what LEGO did. They created a toy that has endured for generations, entertaining and educating children of all ages (umm, and plenty of adults too).

What do your kids like to build with LEGO bricks? Share their favorite LEGO set or best building ideas with us in the comments below.