Visitors to Seattle’s famous Space Needle can now get a look at a mini version thanks to the new LEGO Space Needle.

Standing at 14 feet tall and weighing 150 pounds the LEGO Space Needle now has a permanent home in the Space Needle’s gift shop called Spacebase. The model, which took 55,000 bricks to build, is meticulously crafted in the image of the real Space Needle as it appeared for the 1962 World’s Fair. 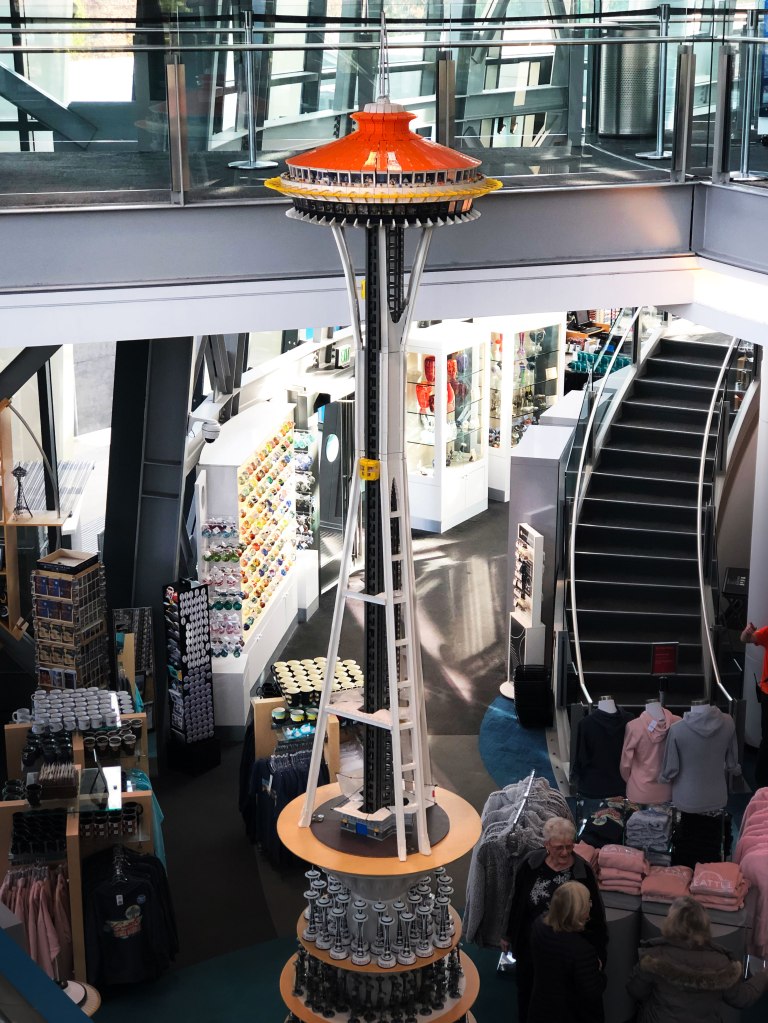 The model is composed almost entirely of white, orange, gold and black LEGO parts, all colors that were included in the original Space Needle. The LEGO creation was first erected at BrickCon 2012 by Wayne Hussey, model creator and BrickCon Director, along with fellow builders Carlyle Livingston II and Tom Gafert. 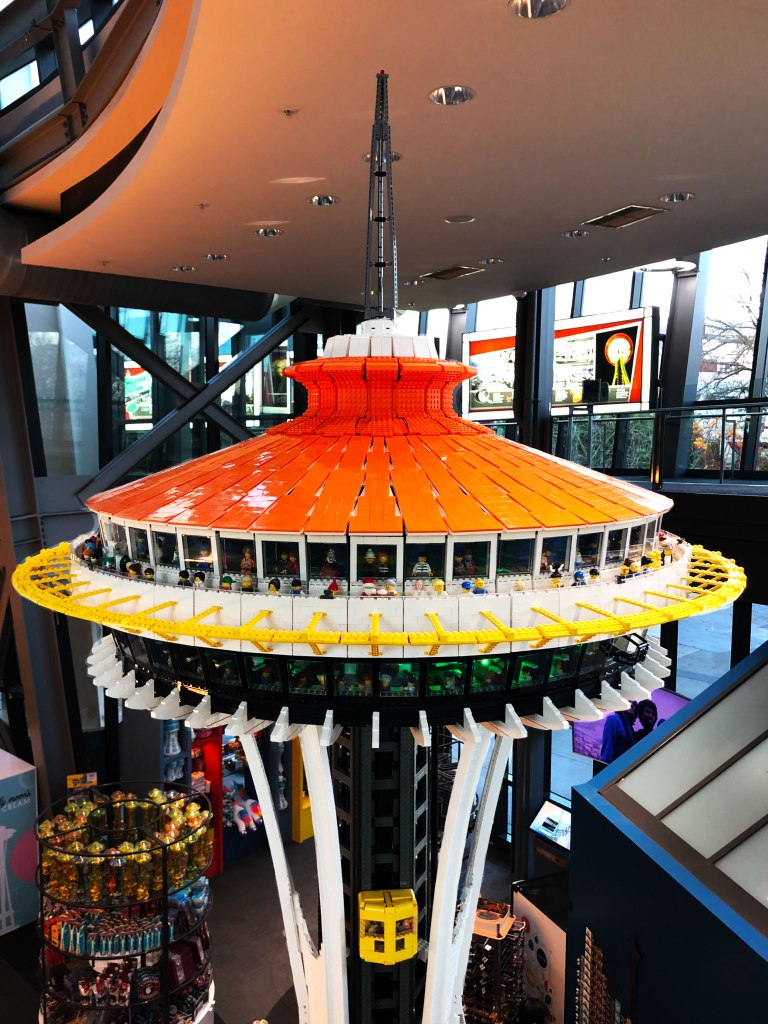 Hussey set to work rebuilding the model for display at Seattle’s Space Needle in early November and it’s now complete and ready to view. This latest creation includes some famous minifigure faces, like Batman, Santa and Mrs. Claus, as well as some Space Needle window washers, all peering down from the observation deck.

All photos: Courtesy of Space Needle