If you thought the days of laughing it up at a comedy club were long gone now that you have kids… think again! You can put wild and crazy Saturday nights back in your repertoire with a trip to the family-friendly comedy show, Two Milk Minimum, at Flappers Comedy Club in Burbank. Hilarity ensues every Saturday at 4:30 pm, so instead of trying to survive the unexplainable madness that erupts in your household every evening between dinner and bedtime, embrace the chaos and head out on the town for a much-needed laugh break with your kiddos! 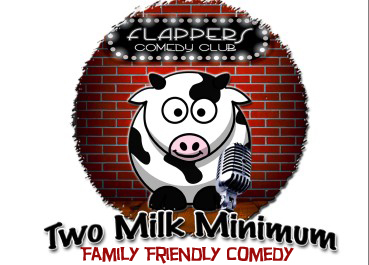 Really? I Can Bring My Baby/Crazy Tot to a Comedy Club?: Yes! This variety show is designed to appeal to people of all ages! Kiddos two and under are not only welcome, they get in for free!

What Should We Expect to See on Stage?: Anything goes during each 60-minute, interactive show, which is jam-packed with a rotating cast of highly engaging and entertaining performers. From puppeteers and amazing magicians to jugglers, improv artists, musicians and novelty acts, each performer puts comedy at center stage. Another perk of living in star-studded Los Angeles: the talented cast of Two Milk Minimum have been featured on television stations including Nickelodeon, Disney Channel and Cartoon Network. Even Dee Bradley Baker, SpongeBob Squarepants himself, has been known to perform at Two Milk Minimum!

There’s a different show each week, so every Saturday you can expect to see something fresh and new. 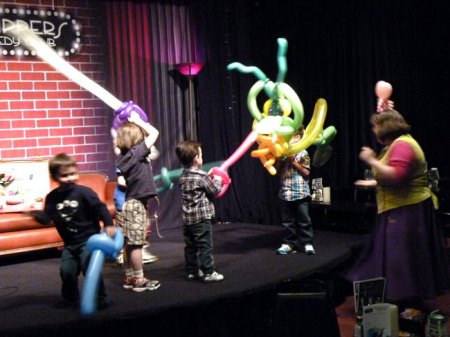 The Host with the Most: In addition to performing his comedy juggling show all across the globe, Michael Rayner, the affable host and emcee of Two Milk Minimum has appeared on The Late Show with David Letterman, numerous Nickelodeon Shows, and Sesame Street, to name just a few.

What Will My Kids Eat for Dinner?: In addition to a full menu for adults, there’s also a Kids Menu that’s filled with favorite meals including mac and cheese and pizza — and kids meals cost only $5. Doors open at 4:00 pm, so you can order your meal before the show begins. 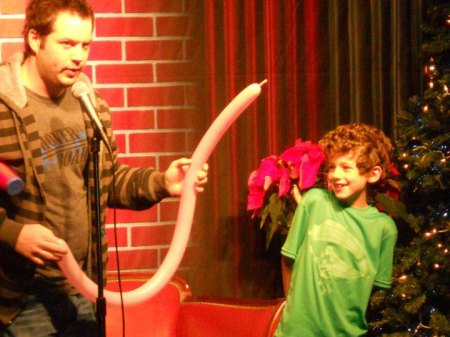 How to Get the Last Laugh: Flappers Comedy Club Burbank is offering a ticket deal for Red Tricycle Readers! From now through December 31st, 2012, Two Milk Minimum Tickets, which usually cost $10, are available as a 2 for 1 deal. Just mention Red Tricycle when purchasing tickets at the box office or when calling to make a reservation totkae advantage of the deal. Tickets, reservations, and more information can be found online at FlappersComedy.com or by calling 818-845-9721.

“Like” this story if you plan to take your kids to this comedy show. We think it’s a great way to get out of the house for an untraditional date night for the whole family.