We’ll let you in on a little secret we learned from our favorite dads: you don’t need to worry so much about what to get when Father’s Day rolls around. Because frankly, the dad is your life knows he has got it all. So forget the last-minute shopping and think about the simple pleasures he’d really enjoy. Here are our top 5 ideas for ways your family can celebrate Dad together, while enjoying the best of what Los Angeles has to offer. 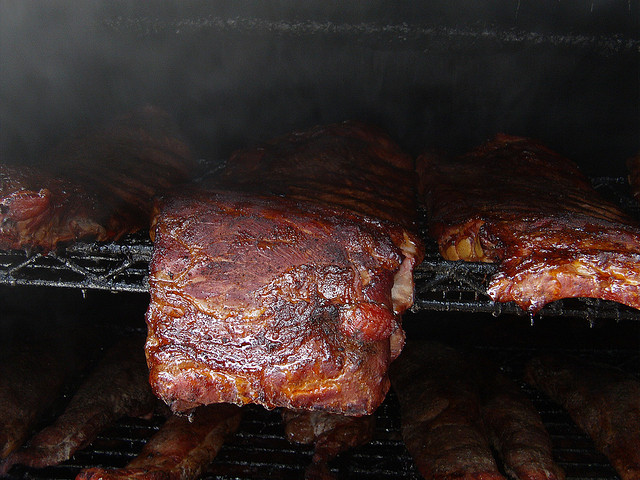 Dad probably enjoys firing up the grill, but for Father’s Day, let him sample some of the best BBQ in Los Angeles. Treat him to the L.A. standard (but Texas style), low and slow-smoked brisket at Bludso’s Bar & Que. Or you and Dad can head downtown and split a rack of spare ribs and some jicama cabbage slaw at Horse Thief. Or if that’s not wild enough, check out the Guinness beer-smoked pork from Baby Blue’s.

Dad will appreciate someone else doing the dirty work on the grill. And who doesn’t love a good ‘que? 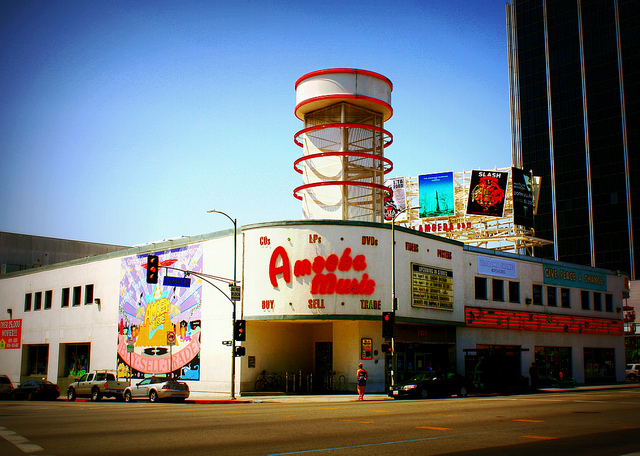 Sure, you might be able to carry around 2,000 songs on your iPod or stream infinitely from Spotify. But back in the days Dad remembers fondly, music was served up in limited fashion – whether it was CDs, cassette tapes or records. Luckily, records are big these days, so why not take him down to a music store that hearkens back to a time before digital downloads.

Dig through the racks at Mono Records in L.A. for some ultra rare finds, or stop by Rockaway Records (less than a mile away) to see music memorabilia alongside your LPs. Or, if you’re just looking for the biggest collection of music in one place, try Amoeba Music in Hollywood. You’re sure to find that old Muddy Waters album he hasn’t heard in years, as well as that Black Keys album he hasn’t heard yet.

So, you picked up a couple of records. The next step is going to see a live show. From punk to Latin to jazz, there’s a lot of music going on to enjoy together on Father’s Day weekend.

The Gold Coast Wind Ensemble will be at The Thousand Oaks Civic Center, R&B singer Jake Simpson will be at The Grove, Barbara Morrison is having a free concert at the Levitt Pavilion in Pasadena, and there are free shows all weekend long at the Levitt Pavilion in MacArthur Park.  If you like a picnic with your music, you can catch the free jazz on Friday or Latin Sounds on Saturday at LACMA and the annual fun-fest, the Playboy Jazz Festival, will be at the Hollywood Bowl. 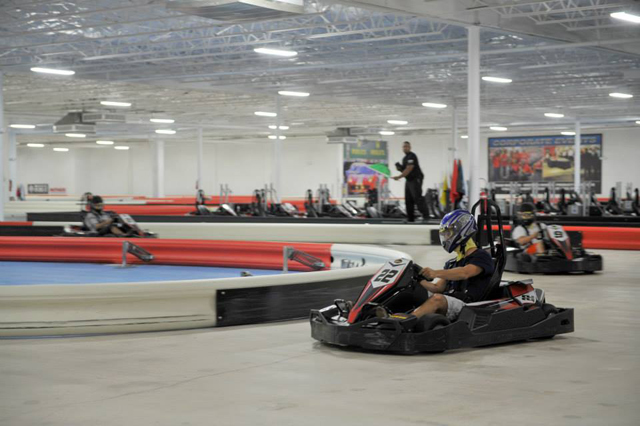 As we mentioned before, kart racing is one of the coolest activities that everyone in the family will love. And these aren’t bumper cars – these are legit karts which can reach speeds of up to 40mph. Imagine seeing Dad screaming around a turn as he sails into first place – that’s a great Father’s Day. Our local favorites are MB2 Raceway in Thousand Oaks and Sylmar, K1 Speed, with SoCal locations in Torrance, Irvine, and Ontario, and Racer’s Edge in Burbank.

Kids and adults usually can’t race together, but that’s okay because while one’s racing, the other can take pictures! 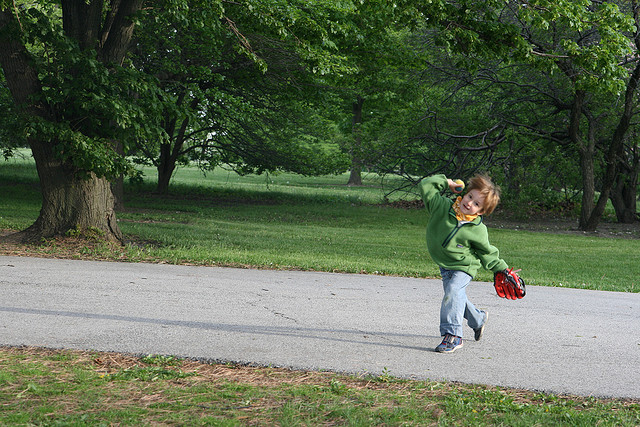 One of the most timeless father-child activities is playing a game of catch. You don’t have to be “good” or know how to throw a baseball or football. You’ve just got to show up and enjoy some time in the sun. Plenty of parks across Los Angeles can provide you with a beautiful backdrop for your game of catch; try the giant and beautiful Pan Pacific Park across from The Grove. Or if you like people-watching, try Grand Park in Downtown L.A. You can even toss a ball around on the lawn in front of the Page Museum at the La Brea Tar Pits before you check out the local fossils (and maybe crack a joke about Dad being old…).

Mitts are optional, but remember, this is L.A., so bring a hat to shade your face, some sunscreen and some water.

You don’t need to rack your brain trying to find the perfect gift; just think about what the dad in your life enjoys, and treat him to it! How are your treating Dad this Father’s Day?  Let us know.