Earthlings of Los Angeles, did you know that you could be transported to another planet just 20 minutes outside of town? Epic, glacier-like rocks jut jaggedly from earth to the sky at Vasquez Rocks Natural Area Park. If they weren’t real, you’d think it was an elaborate movie set, but sometimes the truth is cooler than fiction. So pack up your sunscreen and hiking shoes, and go explore this final frontier in the Santa Clarita Valley. 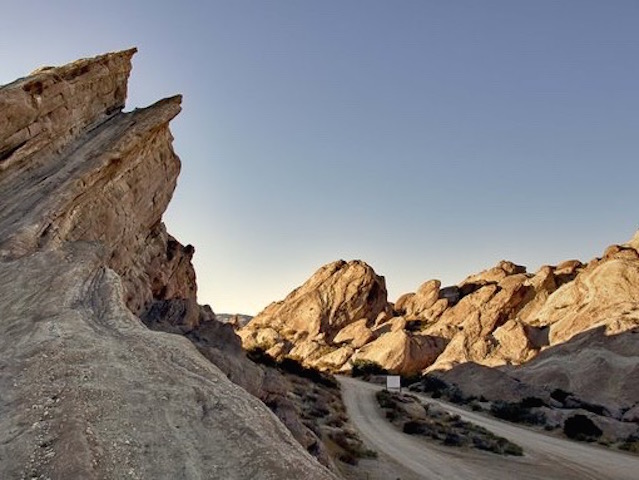 Since we live in LA, we question the reality of everything, right? In fact, Vasquez Rocks has been the location for tons of movies like The Flinstones, Austin Powers, Bill and Ted’s Excellent Adventure (yes way!), and it was used as Spock’s home planet in Star Trek. But these are natural formations, and we’ve got the science and history to prove it. 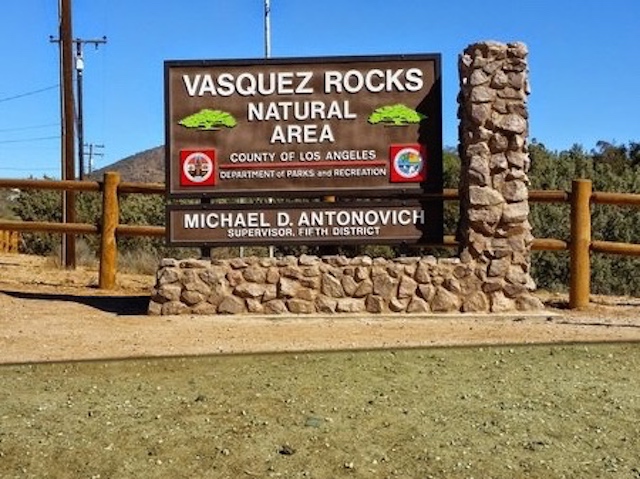 About the Rocks
Here’s a (super) quick history and geology lesson to make the experience educational as well as fun. It’s as cool as a movie plot.  Twenty-five million years ago—extra points for saying million with a Dr. Evil accent—two tectonic plates collided (the North American and Pacific to be exact). The earthquake caused the rocky earth to uplift, and over time erosion created these incredible rock formations.

Fast forward to 1872 and meet Vasquez Rocks’ namesake, a “charming” criminal named Tiburcio Vasquez. Vasquez was wanted for a saloon-brawl-turned-murder, and on the run, he made a living robbing wagons and stealing horses. He did time in San Quentin Prison, escaped San Quentin, and became one of the most notorious bandits in California’s history, dubbed “The Scourge of California.” His main hideout was, you guessed it, in the caves of Vasquez Rocks. It’s rumored he hid a 500 pound brick of silver in one of the rock’s crevices. So tell the kids you’re on a treasure hunt! 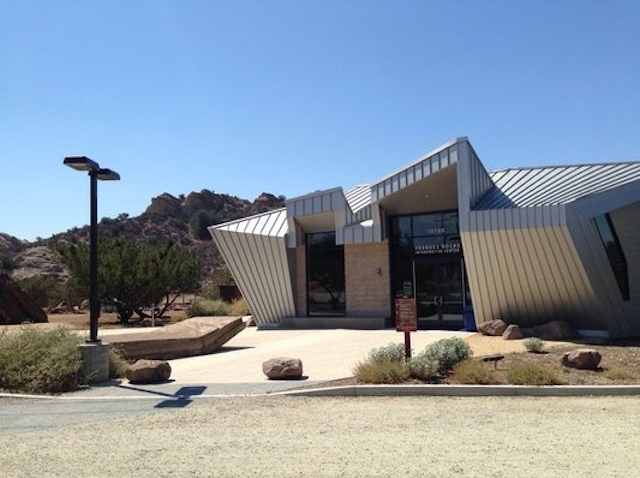 When you first get there, the Interpretive Center is a must-see. You can catch a kid-friendly movie on how the rocks were formed, cool off, see some local animals, use the restroom (only port-a-potties outside otherwise), and fill up your water bottles from the only drinking fountain on the premises. Make sure you stop here first to grab guidebooks that will explain trail markers. 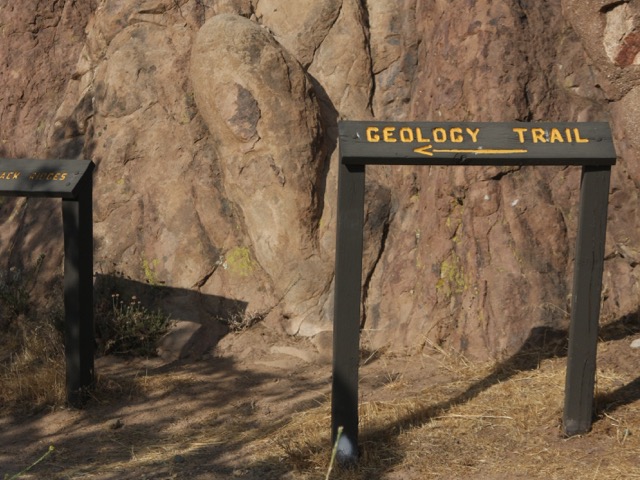 Now head outside, where it’s all about being an explorer. There are low sloping rocks for little kids to crawl and gigantic, steep ones for those who are older and more adventurous. Geology trails are bountiful but many just walk around without taking a formal path. Picnic benches are scattered throughout the sandy-dirt and brush park. If you veer right off the main road, there’s a “secret” hideout cave. There’s no official trail to it, but you can see it from the top of the main rocks and navigate your way there, like an outlaw. 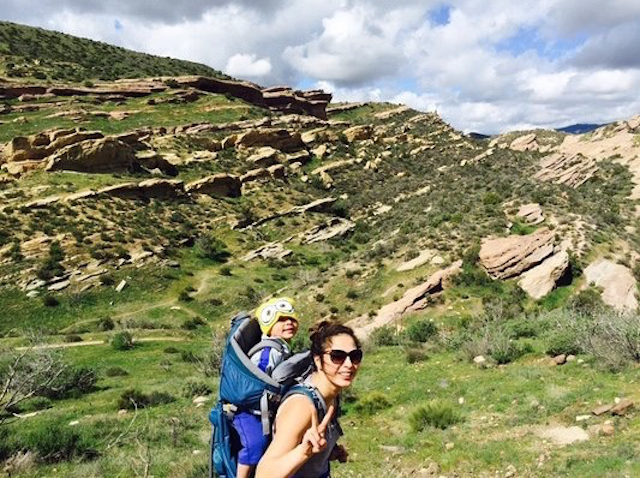 Packing List
Consider this your “don’t leave home without it” list, in order to fully enjoy the park. 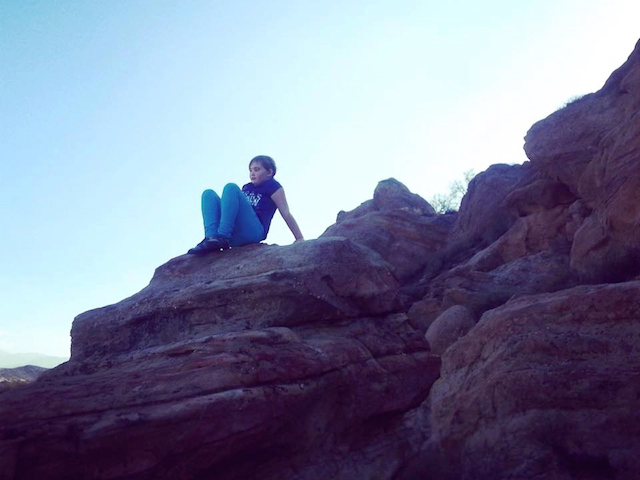 Nearby in Agua Dulce
You’ve done the drive, you’re sweaty and hungry, so why not hop over to nearby Agua Dulce, a charming small town just a few minutes drive from the rocks?

If you just want to get something “quick” on the way home, there’s always the In-N-Out Burger off the 14 freeway at Sand Canyon. And you’ll wish you could beam up a burger because the lines are just as long here as elsewhere in the city.

What’s your favorite hiking spot that’s out of this world?  We’d love to hear about it in the Comment section!