LA is a magical place and along with that, comes some magical history and only-in LA trivia. Impress your family and stump the kids with these little-known Los Angles facts. How many do you know? 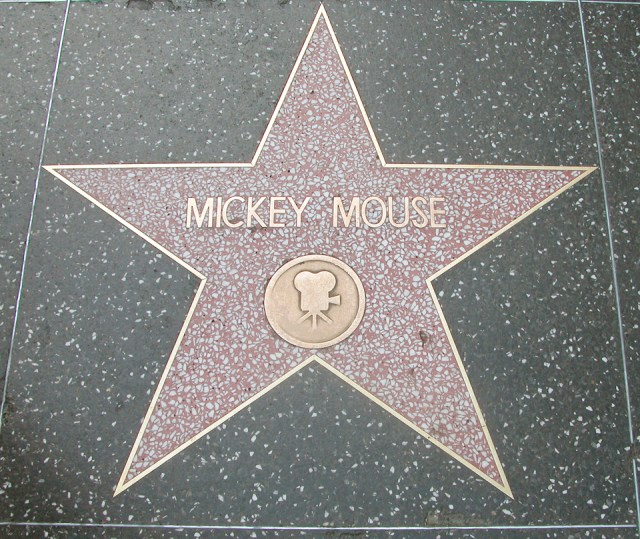 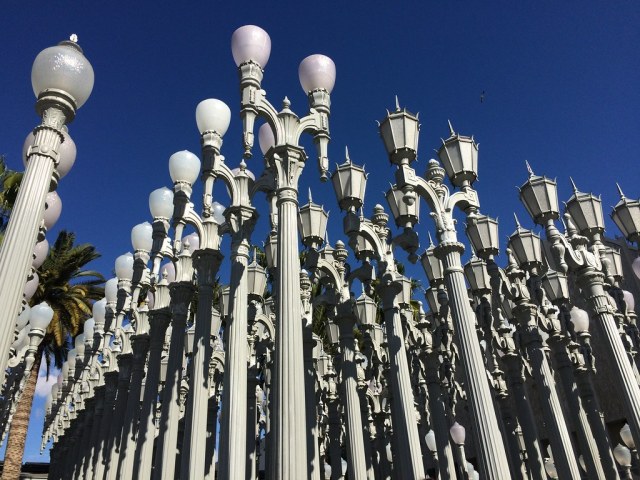 2. A whopping 202 street lamps make up the Urban Lights installation in front of LACMA. And the coolest part? All of those 202 lamps are from the 1920s and 1930s and were originally spread throughout Southern California.

RELATED: See why LACMA is one of our favorite museums with kids. 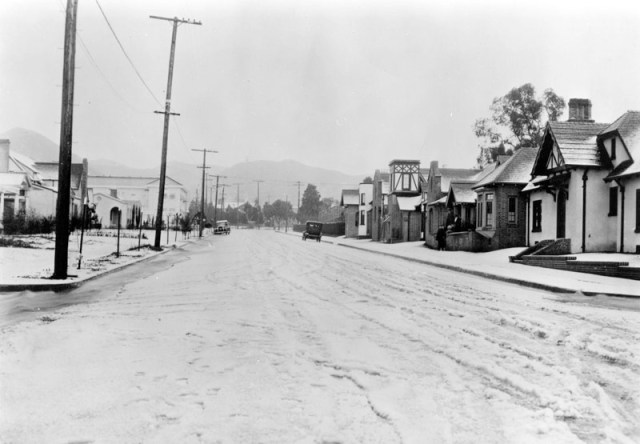 3. It used to snow about once a decade in Los Angeles and actually stick to the ground. The picture above is La Brea Blvd. in 1921. Unfortunately, it hasn't snowed since 1962—we are in a 50 year plus snow drought—with the closest snow dusting the canyons in Malibu in 2007.

RELATED: Where to go to get your snow fix near LA.

4. The carousel, now located at the Santa Monica Pier, was originally built in 1922 for the Venice Pier, but moved to its current Santa Monica location in 1947. In addition to the 44 hand-carved equine beauties, there are two additional animals that go round and round—can you guess? A rabbit and a goat. Next time you are there, see if you can find them.

RELATED: 25+ Fun Things to Do with Kids in Santa Monica 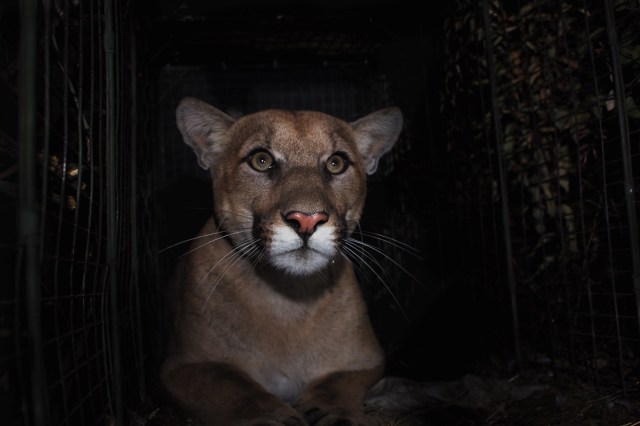 5. How many mountain lions call Griffith Park home? Just one, actually. The now famous P-22, who even has his own day, P-22 Day, in Oct., was originally from the Santa Monica Mountains and proceeded to cross two major highways (the 405 and the 101!) to settle in the 4,200-acre park. He's graced the cover of the LA Times, made national news when he was suspected of killing a koala bear in the LA Zoo, and even caused a ruckus in a Los Feliz neighborhood when he was spotted under a house. 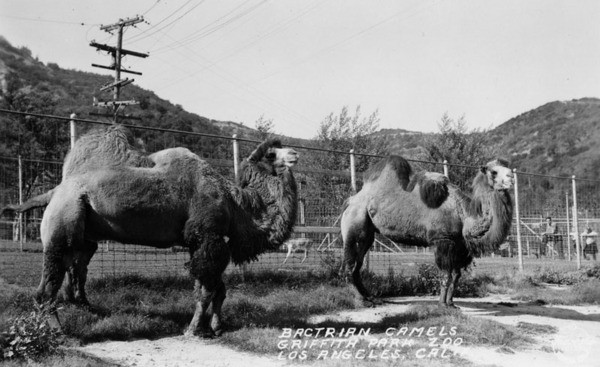 6. The LA Zoo is not the original LA Zoo. In 1966, more than 2000 animals were moved from the Old Griffith Park Zoo (which was built in 1914) to the zoo's new location, two miles away. You can still visit the old zoo's stomping grounds—heck, you can even have a picnic there. 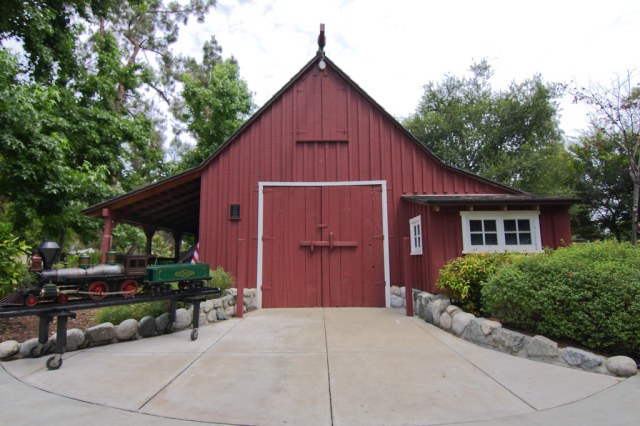 7. You don't have to go all the way to Anaheim to visit some historic Disney artifacts. Walt Disney's original barn and workshop, where he controlled his 1/8th scale model railroad, is located on the north side of Griffith Park, where it's now part of the Los Angeles Live Steamers Museum. If you want an up-and-close visit, they allow guests to visit every 3rd Sun. of the month. Check their Facebook page for the latest information. 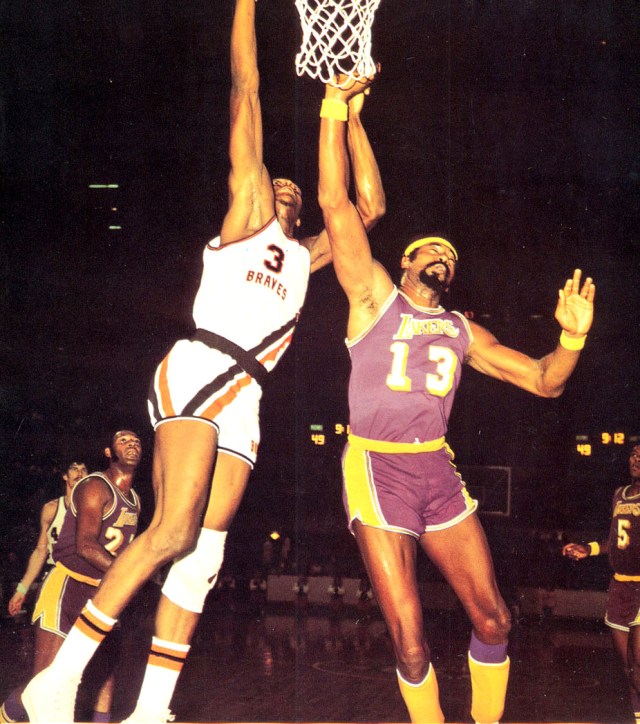 8. Ever wonder how LA basketball team the Lakers got its name? The Lakers originated in Minnesota, aka “Land of 10,000 Lakes," before coming to LA in 1960. 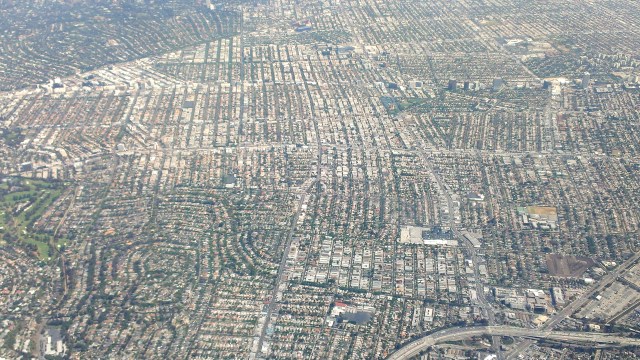 9. LA by the numbers: A little over 10 million people live in Los Angeles County—that's about the same as the population of the entire country of Sweden. There are 7.8 million cars registered in the area, 3.9 million people commute everyday by car and the average Angeleno spends 119 hours a year stuck in traffic. That's equivalent to five days. Yikes! 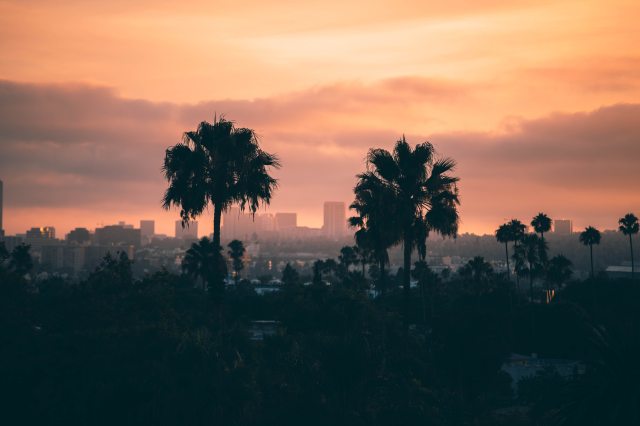 10. Love LA's iconic Palm trees? They may not be around much longer. They are not native to the area and were planted solely for their looks. A vast amount of them were planted in the 1930s (in just 1931, 25,000 of them were planted!) and are now nearing the end of their lifespan and will unlikely be replaced. 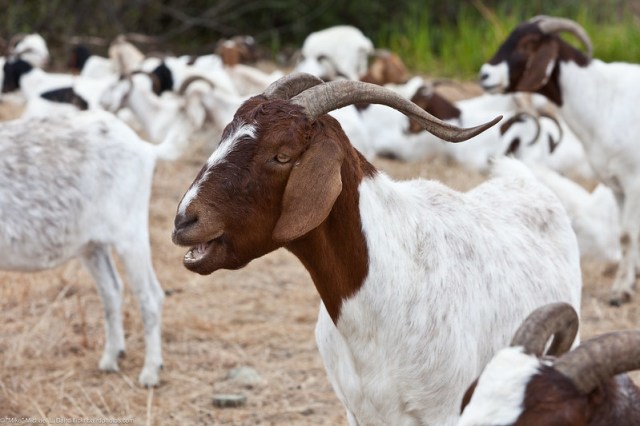 11. The County of Los Angeles Fire Department's Forestry Division has a special way to reduce the risk of fire. They use goats! The grazing goats clear brush along steep mountainsides.