How’s this for a motley crew of summer school teachers: a saber-toothed cat, an epic warrior, a physics forest, and a martial arts instructor? As vacation from school rolls on, a lack of exercising their reading and math skills may be causing kids to succumb to summer brain drain. So we’ve rounded-up some great educational activities that promise to jumpstart your kiddo’s mind and be an enlightening good time! Read on to see how the above cast of characters can impart valuable lessons of English literature, physics, history and science — and how to increase your child’s concentration levels and self-esteem. 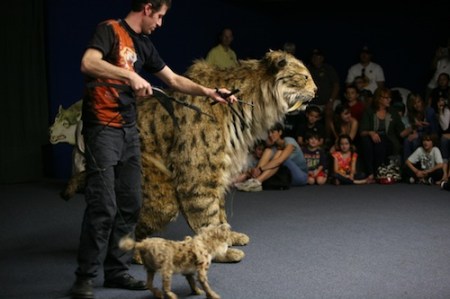 Ice Age Encounter Stage Show at the Natural History Museum
Kids can chill out this summer, sans the brain freeze, with an Ice Age encounter at the Natural History Museum. They’ll be awestruck as they watch a prehistoric saber-toothed cat come to life during an educational stage show. The cat puppet was created by genius puppeteers at Jim Henson’s Creature Shop in collaboration with staff from the Page Museum, where over 2,500 saber-tooth cats have been excavated from the La Brea Tar Pits and meticulously studied. The 75-pound saber-tooth cat costume is worn by a performer and another puppeteer uses a remote control to move its robotic head, which bites, blinks and roars! Also part of the show is “Nibbles” the saber-toothed cub, an eight pound marionette! These 15-minute performances are free with museum admission, located on level two in the North American Mammal Hall, and presented at 1:30pm on Fridays and 1:30 and 3:30pm on Saturdays and Sundays. (Times subject to change, so call ahead). Note: This show may frighten very young children due to the realistic nature of the large saber-toothed cat.

Culver City Public Theater – Children’s Popcorn Theater
Homer’s Odyssey can be a tough journey to take in a classroom setting, but when you add some popcorn, tailor the Greek epic poem for children, and present it as a theatrical performance in the great outdoors, suddenly learning becomes effortless and entertaining. The Culver City Public Theater will perform Blake Anthony Edwards’ adaptation of The Odyssey on Saturdays and Sundays during July and August at noon and 2:00pm, in Dr. Paul Carlson Memorial Park at the Corner of Motor Avenue and Braddock Drive. Bring lawn chairs and blankets to enjoy this free show in comfort — and you can either bring a picnic or buy snacks and drinks at the concession stand on site. 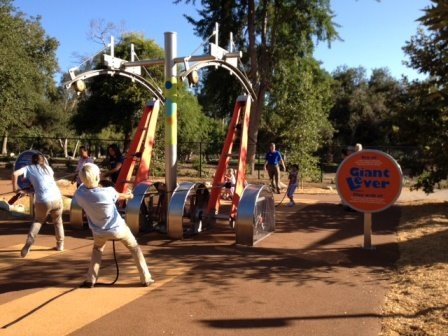 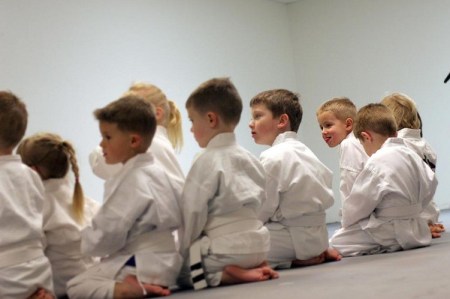 Martial Arts at The UCLA Family Commons
Kids can continue to hone their focus and concentration outside of the school classroom setting while learning martial arts at The UCLA Family Commons. In addition to the benefits of physical exercise, these classes will teach children mental discipline in the areas of “respect, self control, managing emotions, integrity, accountability, humility and effort.” Classes are offered for four-five year-olds, in which they will learn basic martial arts techniques while developing social and motor skills in a positive environment, for 5-7 year-olds, who will learn self-defense, begin sparring, and test formally for belts in front of friends and family, and for 8-12 year-olds who will learn kata, soft forms, self defense, and advanced sparring and may train through the 12 belt levels to earn a junior black belt in Kenpo-Jiujitsu-Do.

How do you ward off the summer brain drain? Leave us a comment below with more kid-friendly suggestions

“Little Grasshoppers in Training” photo courtesy of makelessnoise via flickr