Saturdays sleep-in days?  Forget it—for most families it’s more like go go Gadget crazy days.  Family time often gets lost in the chaos of dance class, soccer practice and nut-free birthdays. We found something to slow down the pace and bring the family together; a once a month trip back in time to the Saturday mornings of your own youth. Read on to discover Saturday Morning Cartoons with Cinefamily, for family fun like you’ve never had before. 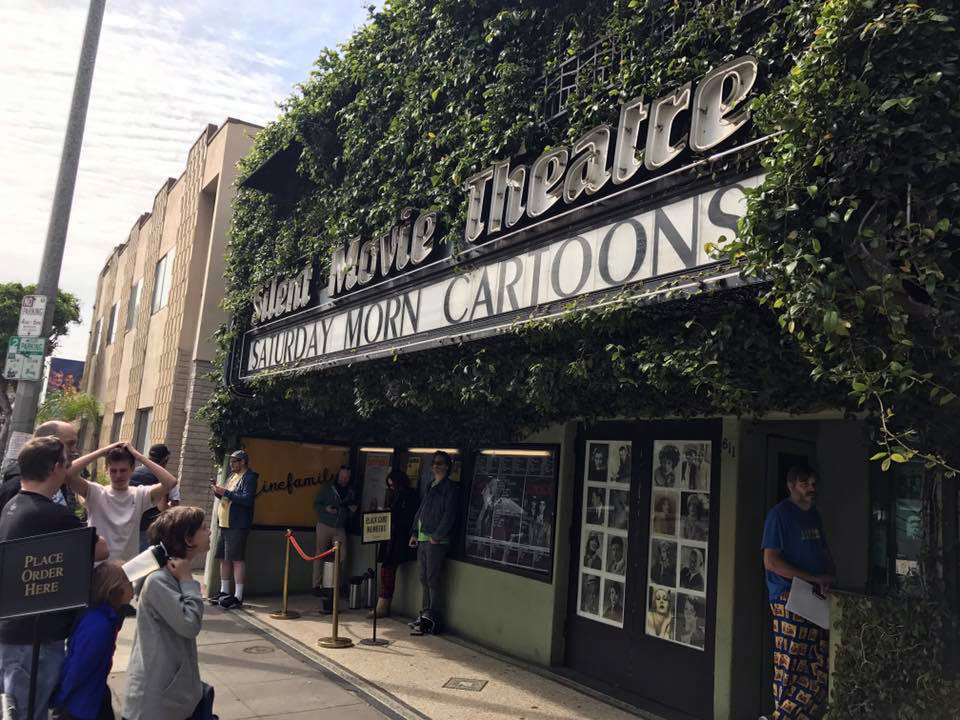 Here I Come to Save the Day!
In 2014, after learning that the major TV networks had discontinued Saturday morning programming, Simon Oré, began reminiscing about what it was like growing up as an 80s kid; waking early every Saturday morning, gobbling up cereal and watching cartoons for hours on end. Nostalgia took hold, and he began screening some of his favorite cartoons for friends in his living room. For Simon, it was about “…celebrating the lost TV mix tape that was Saturday morning cartoons.” Due to high demand, he eventually outgrew his space and founded Saturday Morning Cartoons at The Cinefamily. And “holy Toledo Batman” are we glad he did!

Simon and his co-programmer, James Fino, curate one of the most appealing events for families in LA. On the first Saturday of each month, Simon and James screen their shows to packed houses. To prepare for the screening, they pick a theme, scour loads of cartoons and create a list of their favorites. Although grueling at times, they have a ball watching hours of old cartoons (who wouldn’t?!) and finding the perfect episodes to match their theme. One month the theme may be Origins, where you can catch exciting firsts, like when Mickey, Donald and Goofy appear together for the first time in Disney’s Clock Cleaners. Other times the themes might be Super Villians (or Super Heroes). 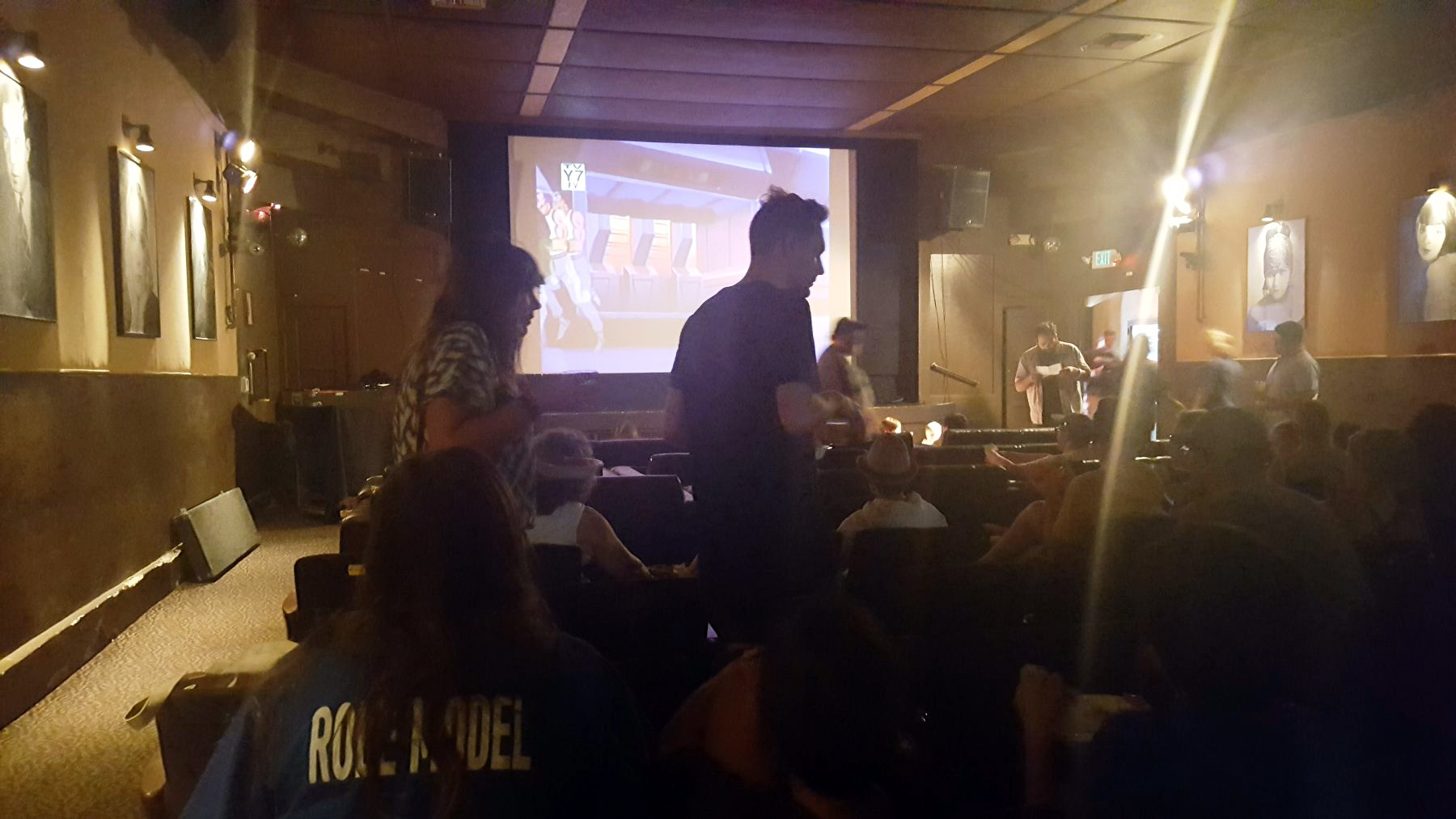 And Now, Here’s Something We Hope You Really Like
The aroma of fresh popcorn greets you at the door as you hand over your ticket and enter the dimly-lit theater. There’s no assigned seating, so we suggest arriving early. The theater buzzes with families and groups of friends looking to score seats in the same row. On screen, clips of cartoon intros play while fans sing along to jingles. DuckTales is a crowd favorite. (Woo-oo!) 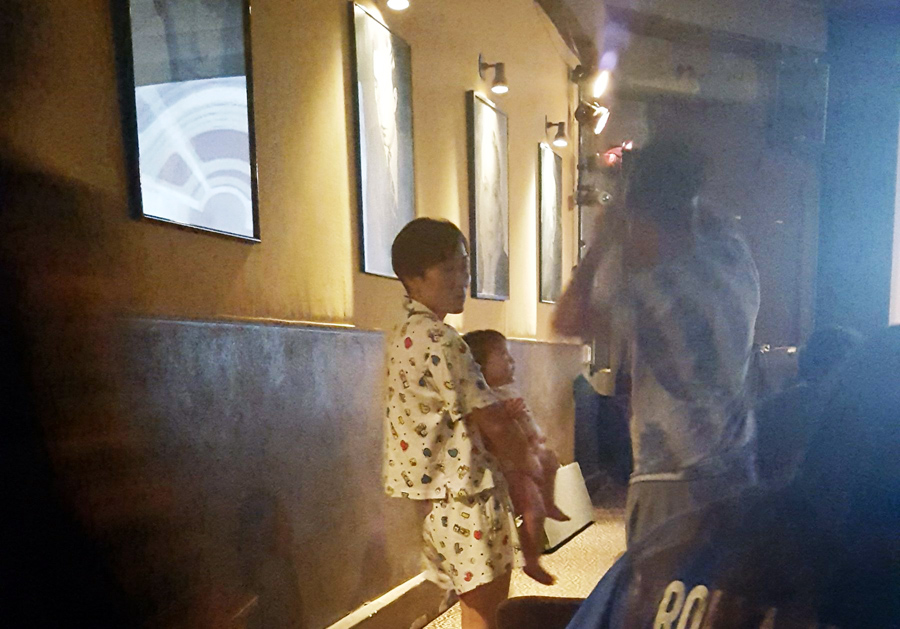 Folks come and go holding bowls of cereal (more on that below), and some even wear their pajamas, in keeping with the Saturday morning tradition.  After a short introduction to the theme and a few special announcements, the show begins. 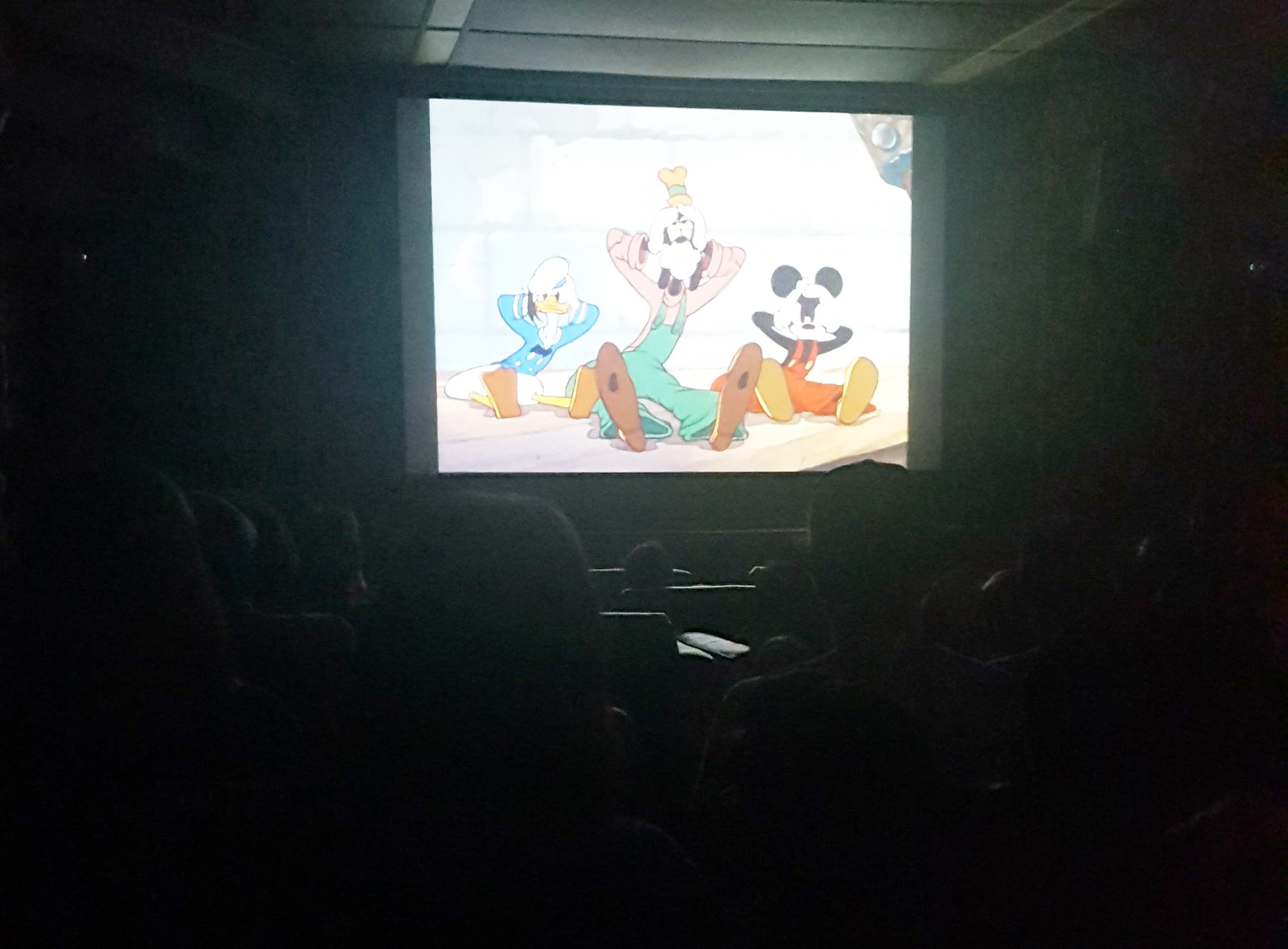 From babies to grandparents, and every age in between, the entire family is engaged from the first frame all the way to the very last. There’s a delightful mix of cartoons ranging from the 70s to current day shows and even some unreleased pilots. Every audience member recognizes a favorite character while also discovering a new one. Each episode (about 10 total) is under 9 minutes to allow for more variety in the show and to keep even the shortest attention spans focused. Parents geek out watching their little ones dig the classics. It’s a heart-warming, bonding moment.

Time for a Commercial Break
You’ll want to stay tuned for this! A commercial break programmed between the first few episodes is an essential part of the experience. Though most people will do anything to avoid watching ads on regular TV, these relics are a fun blast from the past. Whether it’s Demi Moore falling off a building for Diet Coke, Jason Alexander singing and dancing for McDonald’s or an adorable Leonardo DiCaprio chewing his way through a Bubble Yum commercial, your kids will wonder why you’re chortling. Some ads you’ll remember and some you won’t, but either way, you’ll be happy you can’t change this channel. 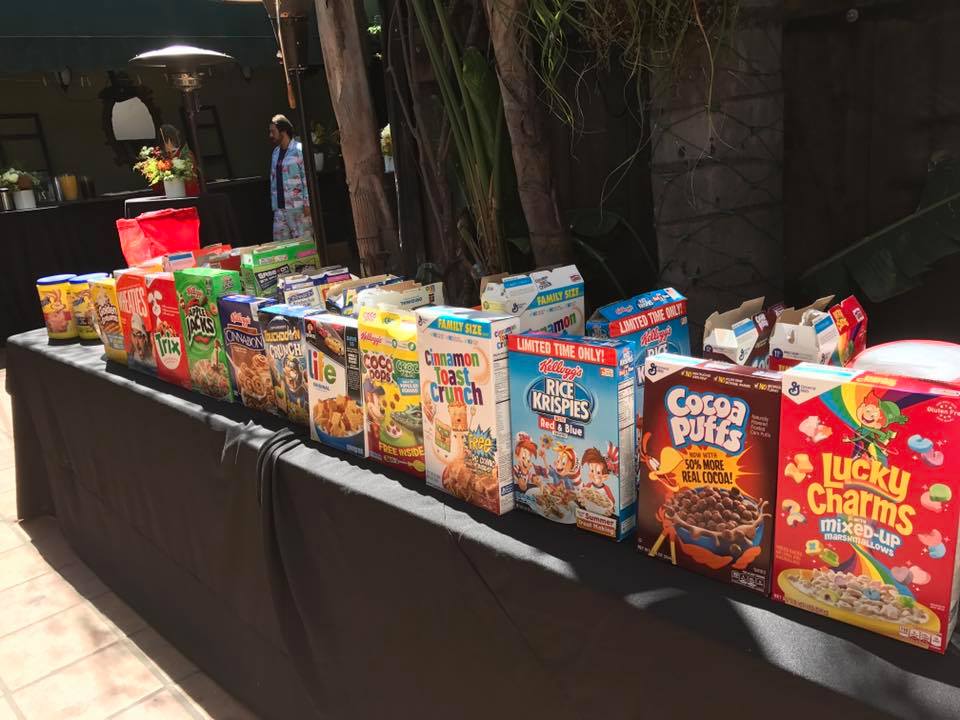 All Wacked off of Scooby Snacks
Before showtime and during intermission, the All You Can Eat cereal bar is in full (cloyingly sweet) effect. There’s every cereal you’ve eaten from teething to puberty, and then some. Your inner kid will be blown away by the assortment: we’re talking the Marty McFly’s amplifier scene in Back to the Future kind of blown away. Little ones might not even recognize this stuff, but the vibrant colors are sure to entice them. For LA kids who’ve never tasted sugar-coated cereal, they’re in for a real treat. Before you go smuggling in that BPA-free container of organic non-GMO cereal, take note, they keep healthy options on hand. There’s 2% milk, Lactaid, almond and soy milk, which makes this cereal bar Angeleno approved. 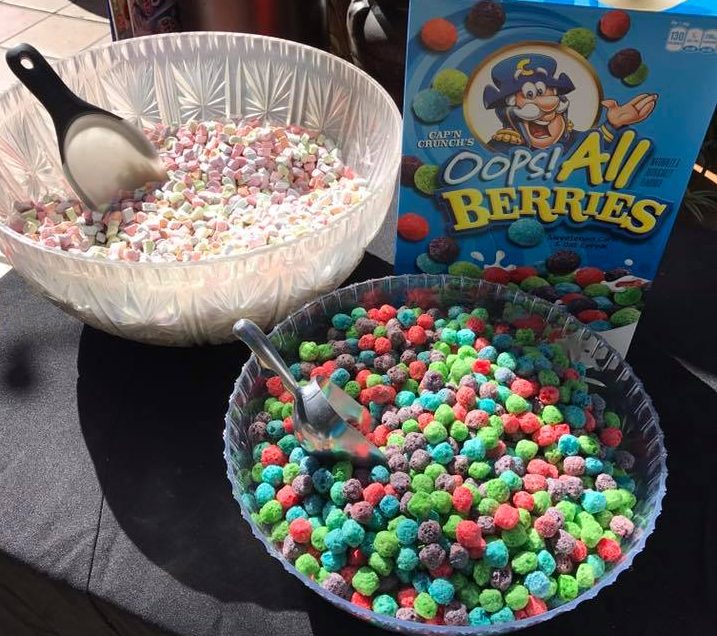 Now You Know; And Knowing Is Half the Battle
Saturday Morning Cartoons offers the very best in LA family fun and it just keeps getting better! In September is an homage to Puppets (Muppet Show, Alf, Sesame Street & Charlie McCarthy) which will be co-presented with the LA Guild of Puppetry.

The event has been selling out each month, so we suggest purchasing tickets in advance at cinefamily.org. Kids under 14 are free, adult tickets are $10.

Showtime is the first Saturday of each month at 11 a.m., but late arrivals are always welcome if there are still tickets available for purchase at the box office. Total running time for the show is approximately 1 hr and 40 mins which, includes a 10-minute intermission.

Chances of finding parking on Fairfax, would be the equivalent of Wile E. Coyote catching the Road Runner—highly unlikely. Come early and try scouring the streets a few blocks away from the main drag.

What’s your favorite cartoon from your own childhood?  Let us know in the comments below!