Rejoice, Star Wars fans: May 4th is almost here! While you wait for the new movie, George Lucas’ franchise can be found everywhere from your television to the bookstore to the nearest toy aisle, and fans have declared May 4th their own day for geeking out and celebrating Star Wars with their loved ones.*  These are our favorite local ways to explore the force with your little Jedi masters. 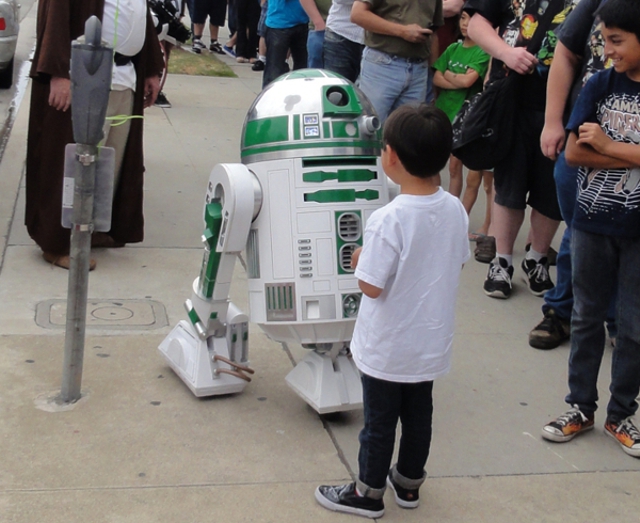 Celebrate with Comics
Comic book stores are the gateway into the Star Wars universe. Marvel’s new Star Wars series is taking the comics scene by storm and is popular with both young padawan and their older Jedi parents. Comic book stores often carry toys and action figures and you can bet that you’ll find the droids you’re looking for at your local comic shop. Here are our favorite comic shops for kids in Los Angeles. 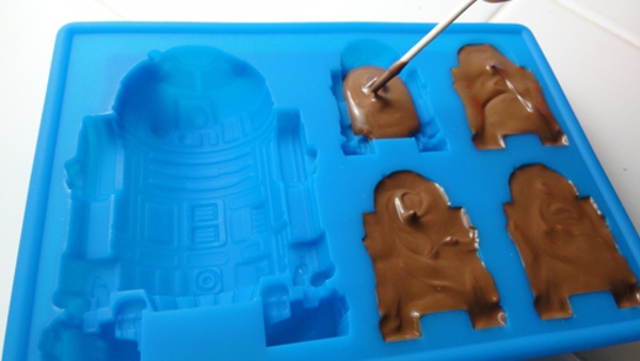 Add To Your *Erm* Their Collection
If you’re looking for something unique for your Star Wars collection, head downtown to Little Tokyo. The US outlet of the Japanese bookstore Kinokuniya often has a great selection of Star Wars books, stationery and collectibles from Japan. With rotating stock you might even find kitchenware: Kinokuniya carries some of Kotobukiya’s exclusive line of Star Wars lightsaber chopsticks, and molds for making Star Wars themed desserts and bento lunches. 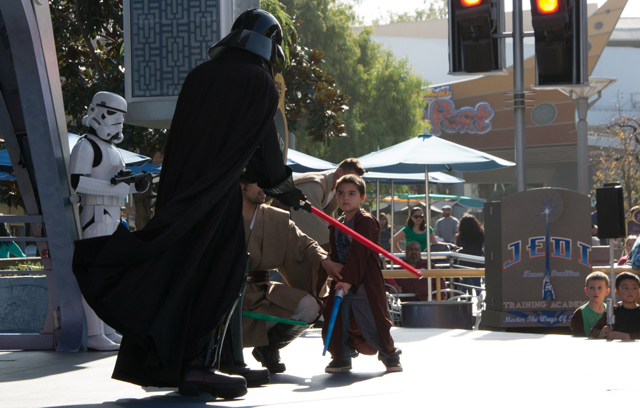 Don’t Forget the Local Favorite
Disneyland’s acquisition of Lucasfilm makes it the go-to for all things Star Wars. The updated Star Tours-The Adventures Continue ride is unique in that the ride sequence is randomized so if you ride it more than once, you’ll have a different adventure every time. The Star Trader is a retail location at the end of the ride, filled with hats, t-shirts and toys. Fans can even make their own custom lightsaber or custom mini droids. And if you time it right, your 4-12 year old can participate in the Jedi Training Academy at the Tomorrowland Terrace. The 20-minute show has Padawans learning a combat routine with a lightsaber and interacting with both Jedi and Sith actors, and it’ll definitely fulfill the dreams of your little jedi. 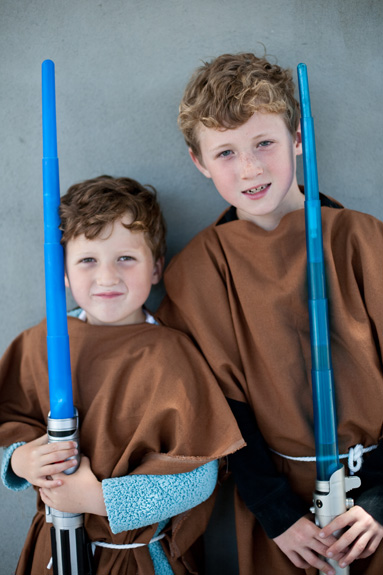 Speaking of Lightsaber Combat
Keeping your kids physical is important, but you might not want to sign up for another standard sport. Swordplay LA, which has studios in Burbank and Granada Hills, offers a “Jedi Academy” lightsaber class. The strength and reflex classes teach fencing with a Star Wars twist – in addition to swordplay, younglings are taught responsibility by keeping a “Jedi Journal” and having parents sign off on their chores and homework. If you’re looking for a unique activity for your Star Wars-loving kid, check out Swordplay LA!

More Mini Adventures Have Arrived at LEGOLAND
Have you already done the Disneyland crawl this year? Remember that LEGOLAND California is around the corner in Carlsbad and has a Star Wars “Miniland” with plenty of lifesize Star Wars models and tradeable minifigs for your little one, and they’re adding new things all the time. Like the new LEGO Star Wars Miniland Death Star model opened in early March and is a must see for all brick building fans. At 8-feet wide, kids can get an up close look at iconic film scenes made of LEGO bricks that were filmed inside the Galactic Empire’s space station. That’s no moon, it’s LEGOS!

*For the record, “Star Wars Episode IV: A New Hope” was originally released later in the month, May 25, 1977. But the Force was strong with the film’s fans, who enjoy the play on words – “May the Fourth be with you!”

Got any other Star Wars Day tips? Where do you like to celebrate your geeky family fandom? Let us know where you’ll be celebrating with your kids – and May the Fourth be with you!