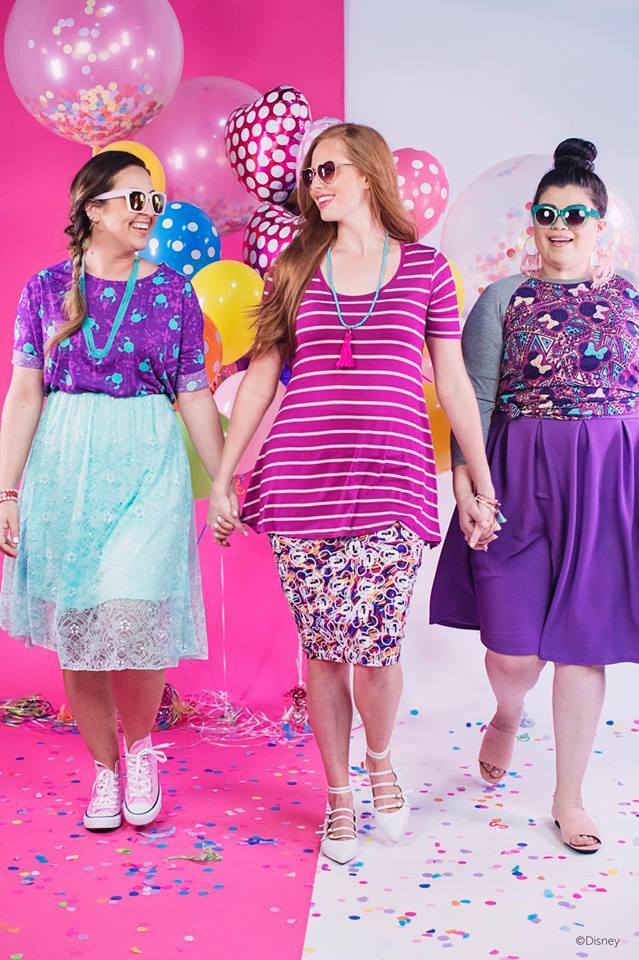 If you’re a Disney fanatic and lover of buttery leggings, you’re going to want to sit down for this one. LuLaRoe has just announced a new collaboration with none other than Disney. That’s right, now you can wear Mickey emblazoned leggings when you head to the Magic Kingdom, or just about anywhere that you want to show off your love of Disney.

Details of the Disney-themed LuLaRoe release are still under wraps, but according to the Disney Fashionista Blog, the new prints should be arriving to individual consultants by the beginning of June. It won’t just be leggings that will get the Mickey treatment. As shown in the Facebook video above, the entire LuLaRoe line, including dresses, tops, skirts, and kids clothes will feature the limited edition Disney prints.

This partnership between the world’s most family-friendly company and a label that so many moms swear by isn’t surprising, though it might raise a few eyebrows after LuLaRoe faced so much scrutiny, and a class-action lawsuit, recently over faulty products. No doubt this new announcement will leave even some unhappy shoppers willing to buy again.

Are you excited about the LuLaRoe Disney line? Share your thoughts in the comments.