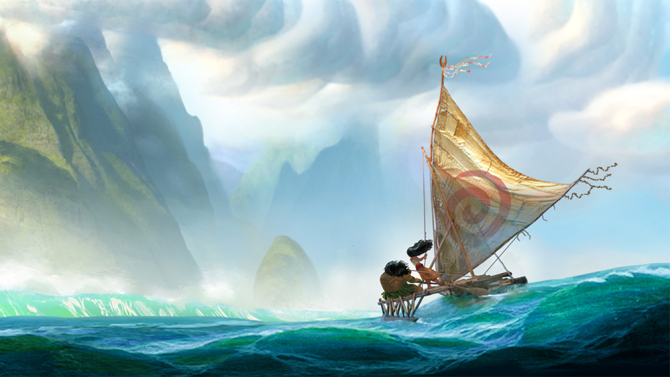 Just last week at the D23 Expo, a convention for Disney fans, Disney gave a sneak peek of Moana, their new Polynesian princess. If your Mouseketeer loved the island setting of Lilo and Stitch, they’ll love Moana’s animated story, which will bring them on a mythical boat ride. Listen to a snippet of one of the songs below!

The story is described as an adventure set 2000 years ago. Princess Moana is determined to sail across the Pacific Ocean and complete her “ancestor’s unfinished quest” to prove herself as a navigator. She travels with colorful company: her sidekicks Pua the pig and Hei Hei the rainbow-colored rooster, and a once-mighty demi-god named Maui (voiced by Dwayne Johnson). Sounds like Mulan meets The Little Mermaid, starring Brave’s Merida to us!

The same team who created Aladdin, The Little Mermaid and Princess and the Frog are set to direct the film. And the man behind many songs in The Lion King and Tarzan will be arranging the tunes. Sounds like an awesome animated musical to us!