17 Incredible Gingerbread Creations You Have to See to Believe 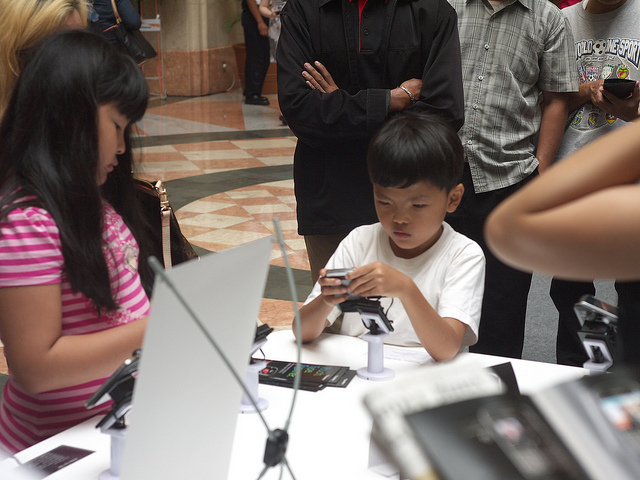 Today’s cellphones are amazing. Anything we want or need is available with the push of a button on a device that fits in our pocket. My kids are growing up with this technology and can’t imagine a world without it.  To someone like me, using these phones will never quite seem natural. I remember when going from rotary to push button phones was a major technological advance.

I resisted getting a smartphone for a long time. As a writer I use my computer all the time, but I didn’t get a smartphone until last year, when I was 47 years old. Before that, I had the world’s oldest cellphone – a dumbphone, I liked to call it. It had a big crack in it but worked fine after I taped it up. The phone lasted five years and had no function except to make and receive phone calls. That’s why it’s called a phone.

But last year my wife decided that I should have an iPhone. I resisted, but it was like trying to resist Darth Vader. I’m not comparing my wife to Darth Vader, of course, but let’s just say I walked into that store to purchase the most basic phone available and walked out with His and Her iPhones.

Learning to use my phone was like trying to read Japanese upside down. I consider myself moderately intelligent, but I was like a monkey with a stick, aimlessly poking and swiping.  Luckily, I have a 9-year-old who somehow was born an electronic savant. He showed me how to use the phone, although I had to ask him several times to please slow down.

I’ll admit, I was looking forward to texting (no, my old phone didn’t do that, either). Then I tried it. I can type pretty fast, but not on a phone. I don’t really understand texting. I can have a conversation that covers all the necessary information in five minutes, or I can spend those five minutes texting one sentence. Meanwhile, my kids and every kid in America can text fifty words a minute using just their index fingers. My 9-year-old taught me how to use Siri, though, which makes texting much easier.

Then there are ringtones. My son amuses himself by occasionally changing my ringtone without telling me. He first did this last December, right before the new Star Wars movie came out. My phone rang one morning and instead of my peaceful “By the Sea” ringtone, I heard Yoda say, “Your phone, ringing it is. Press the button you must, and fulfill your destiny.” Talk about a weird start to the day.

Next, he changed it to a Hannah Montana song. Try explaining that when you’re hanging out with the guys. But the worst ringtone of all was a child screaming “Pick up your phone” over and over. I first heard this ringtone – at full volume – during a meeting with the school principal to discuss my son’s bad behavior. Shortly afterward, I finally learned how to change my own ringtone.

My wife is already hinting around at new iPhones. That’s fine with me. I’m not really afraid of the technology anymore, because my son can answer any question I have. Or, I could just look it up on my phone.