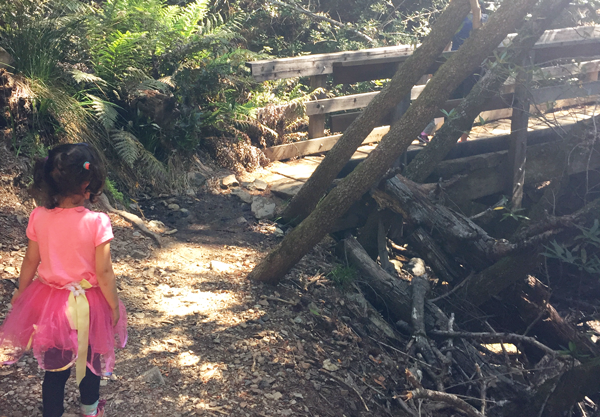 When I was a kid, I played with toy cars in the mud, built fantastic castles out of primary colored LEGO, and ran around in the wilderness of my backyard, sometimes encountering deer and coyote. I wasn’t a total tomboy, but I was no princess, either. And as a feminist millennial, I fully planned on raising a superhero-loving, karate-chopping little badass.

The fact that my daughter is super girly was totally unexpected.

My daughter, Charlie, has no interest in toy cars (and doesn’t understand why I still love my micro machines), hates getting her hands dirty, and only likes nature if it involves flowers.

I’ll be the first to admit that this was initially a challenge for me. I view traditional gender roles as harmful to women, and my instinct was to shelter my daughter from them. Despite my best efforts, though, it was impossible to avoid: She wants to play house, dress up dolls, and have tea parties. Preferably while wearing a tutu.

Last week I saw a fantastic article in the Atlantic called “How to Play Like a Girl.” Apparently LEGO ran a lot of focus groups and found that the vast majority of little girls prefer to play like my daughter does – with pink and purple, puppies and kitties, and cute stories – and LEGO, like me, was not very comfortable with that. I loved the article, because, oddly enough, LEGO is what finally made me realize that I could be a feminist and raise a feminist, and still be okay with Barbie.

In the Atlantic article, Christa S. Brown is quoted as saying, “Once children learn that being a boy or a girl is important, they come up with their own, often inaccurate, explanations about how and why boys and girls differ. They assume boys and girls are different in deep, fundamental ways. They assume that culturally specific traits, like wanting to sew or be a firefighter, are innate and biologically driven. Unfortunately, once these stereotypes are in place, they are difficult to change unless you address them head on.”

This is not true for Charlie at all. It’s not that she sees toys as “girl toys” or “boy toys,” she simply doesn’t think “boy” toys are pretty enough for her — and “pretty” is damn important. When I produced (with a great amount of flourish, mind you) a giant tub of my favorite childhood LEGO bricks, my daughter didn’t want anything to do with it. To my horror, she wanted them in pink and purple.

Fast-forward about 2 weeks, and we’re in Target. Charlie spots a LEGO Friends set with puppies and a helicopter. Her eyes lit up. “MOMMY!! I WANT THAT!!!” I’m not going to lie – initially I wasn’t thrilled. After all, we had an entire TUB full of LEGO at home. Why does she insist on “girl” stuff? How will she grow up to be a badass karate chopper if she’s building pink vet hospitals for sick puppies? And also: CHILD, ENJOY WHAT YOUR MOTHER HAS GIVEN YOU! Stop being so picky about the color of the darn bricks!

I told her no, and tried to convince her she could build a helicopter using the LEGO bricks she already had. She had an entire family of little cats that would love to ride in it. Much to my displeasure, she wasn’t interested.

When her birthday rolled around a couple of months later, I surprised her with the set, and she was thrilled. It was the first of many LEGO Friends sets she received, which she continues to play with.

And as it turns out, she loves LEGO, just as much as I did. But rather than building primary colored fortresses, she’s building pink and purple houses and using the dolls from the LEGO Friends collection to act out stories. Apparently the LEGO Friends line has been a “soaring success,” and as much as I hate the idea of gendered toys, I have to admit: I’m not surprised. I finally realized that as long as she’s building, she can build with whatever colored bricks she wants.

When I go into my daughter’s room, I see princesses, dolls, pink and purple LEGO, and flowery fabric. I’ve had to give up my vision of a superhero-loving, stereotype-crushing little girl. But you know what? That’s okay.

I haven’t totally given up on the karate-chopping or the general badassery, though. I now know can raise a totally rad, strong girl who fights for what she believes in – even if she loves Barbie and isalready fascinated by make-up. After all, what is feminism if you have to meet someone else’s standards? My girl likes to hike in a tutu with a fairy wand, and as long as that’s what she wants, that’s a-okay with me. 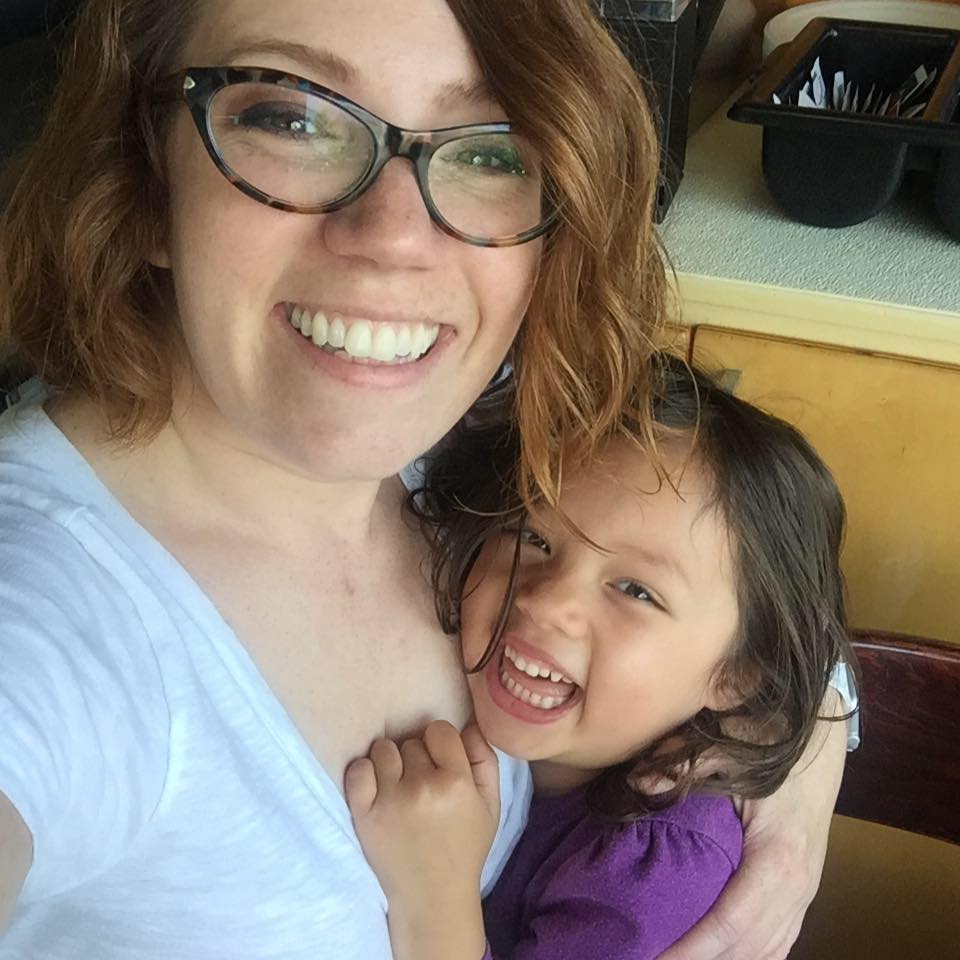 Sara Olsher is a single mama based in the San Francisco Bay Area. She is fascinated by emotional intelligence, confidence, and resilience in young kids.