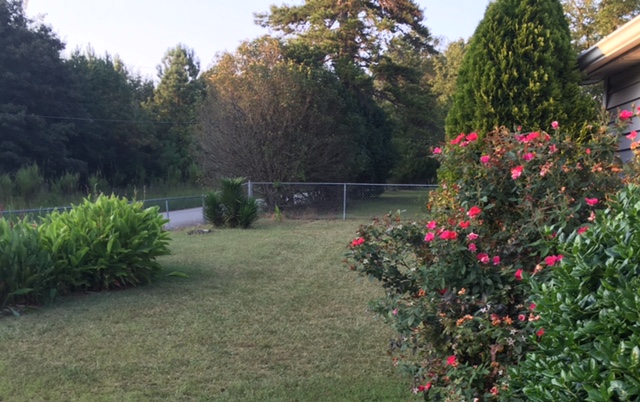 My battle with breast cancer came in 2005 when my grandmother was diagnosed. I remember the knot in my throat and the cooling of my blood-the fear in my heart.

My grandmother raised me from the time I was 3 months old. She was my grandmother but she was my mother. She was strong and smart and beautiful with a splash of crazy (or maybe a lot of splashes). We were one in the same and argued about everything, but in her sweet moments, she’d remind me that I was the best birthday present she ever received (I was born just a day before her birthday). 20 years after becoming the best birthday present she ever received, I received the worst news of my life at the time.

Chemotherapy didn’t seem like a fix-all and the diagnosis rang like a death sentence in my ears. Watching her become hairless and holding her hands that no longer owned fingernails broke my heart, but I held back tears because who was I to be hurt? SHE was the one fighting for her life, so the least I could do is fight a few tears and fears. When the chemo was done and the mastectomy was over, I was there to help. I helped her shower, drained her wound, and dressed her bandages. I massaged lotion into her chemo-dried skin. I shampooed her hair. It wasn’t a burden; I was glad to take care of who had taken care of me.

I watched as she had to humble herself in order to be helped with tasks she had been doing on her own for over 60 years. I laughed as she tried to joke the pain away. She survived, and after 5 years of checking in with doctors to make sure all was well, I went with her to her final appointment and the doctor bid us farewell with a smile. We left that office confident that Memorial Sloan Kettering was a place we would never have to step foot in again. We were survivors!

Less than a year later, they found another mass- this time in her right breast. This time around, the family was beyond sure that she would be fine and we made it through chemo and a second mastectomy. My grandmother made it through two mastectomies and is still laughing, loving, and living. Every October I remember what it felt like when breast cancer became more than a ribbon and more than a walk. I remember the fear and the hope through chemo, through surgery, through recovery. I am thankful for her. I am thankful that she, even now, shows me what it means to fight the good fight and prevail, and I smile when I see her vivid pink flowers growing fiercely and fearlessly in her garden.

Do you have a story about how breast cancer has impacted your life as a parent? We want to hear it! Join our October Breast Cancer Awareness conversation and share your story today.