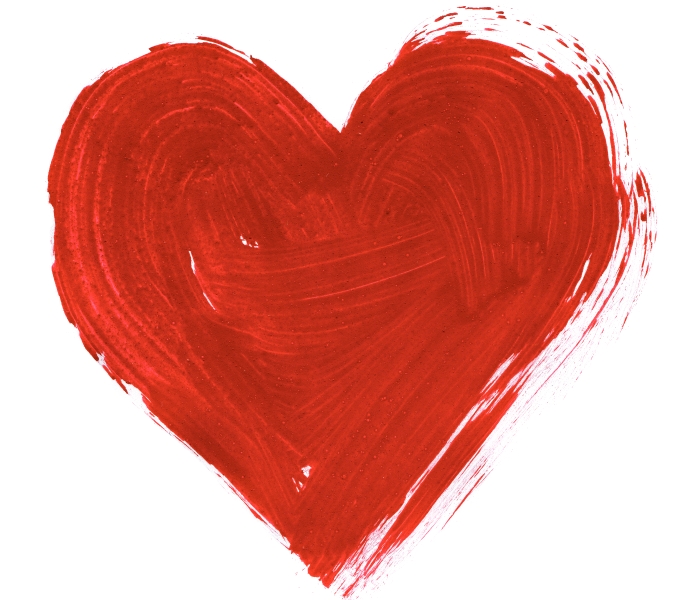 Can I be honest? I’ve started this post four times but haven’t been able to finish it. I’ve had so many thoughts on my heart that I’ve wanted to share, so why has it been so hard to get this out?

Because we’re not “supposed” to talk about miscarriages, that’s why.

Every pregnancy book I’ve read “cautions” expectant moms about sharing their exciting news too early. While it’s obviously up to each individual/couple, the rule of thumb is to at least wait until you’ve cleared the “safety zone,” a.k.a the first trimester, before you go public with that fact that you’ve got a bun in the oven. When I was pregnant with my first, I held onto our news like it was a precious secret–only family and a friend or two knew I was pregnant before I hit 13 weeks.

When I found out I was pregnant last week on April 9th, I was so excited–“excited” doesn’t do justice to how I actually felt. If you’ve been trying to get pregnant, there’s no feeling quite like seeing that blue plus sign when you least expect it. I’ve always found the revelation of pregnancy to be so fragile, I can’t contain myself to just one test–in order for it to be “real,” I need to see THREE positives. This time around was no different.

I immediately told the same tight-knit group of confidants I’d blabbered to early-on in my first pregnancy. I didn’t think much of it, until I spilled the beans to one of my newest close friends on a run that weekend. She was beyond thrilled, and it felt great to have another friend to share in our joy. But I didn’t stop there. I felt obligated to tell the women I work with in the Young Women’s presidency from our church–they were expecting me to go on a camping trip this summer after all; they were also overjoyed by the news. I also felt I had an obligation to share my “condition” with my CrossFit coaches–wouldn’t they need to know why I had to scale back on certain workouts? The day I intended to fill in just one of my coaches, I suddenly came down with verbal diarrhea and shared the news of my pregnancy with the entire class–their enthusiasm was palpable, but what had I done? Throw in my next door neighbors, the cashier at WinCo, and the random lady in the coffee shop, and I’d unwittingly told nearly two dozen friends (and acquaintances) in less than five days that I was four weeks pregnant. Oops. But what’s the big deal, what are the chances something could go wrong?

Last Friday, I went from feeling not so great in the morning to having mild cramping. This would later turn to slight spotting, to not-so mild cramping, to overtly alarming bleeding. I’d managed to stay hopeful most of the day, but when things finally got bad enough that I decided to head to Urgent Care (I hadn’t even had time to find an OB), I was certain things weren’t good. A pelvic exam and a round of blood work later, I was informed I’d suffered a “Threatened Miscarriage;” while it was too early to tell for sure, there was a good chance I’d lost the pregnancy. I’d need an ultrasound the following Monday.

That was Good Friday.

The next morning, I knew I wouldn’t need an ultrasound. I knew I wasn’t pregnant. I didn’t feel pregnant. I can’t tell you how awful that feeling was. I’d spent most of the previous night in and out of tears (even a few gut-wrenching sobs). I was shocked. I was sad. I was angry. I had barely come to grips with the fact that I was pregnant, and now I had to accept that it was over. I was more than just disappointed. I actually was grieving the loss of the baby we wouldn’t have a chance to know. For most women, a baby doesn’t become a “baby” after it’s born–it’s a baby from the moment you find out you’re pregnant. As soon as I knew, I didn’t consider what was growing inside of me to be a zygote, some infinitesimally small cluster of cells. It was my little boy, or little girl, who was due December 21st. I’d already attached to him or her features, hopes, dreams, and plans.

On Monday morning, when I looked at the ultrasound picture, and stared at the empty orifice where my baby was supposed to be, I realized that my heart felt hollow as well. There will always be a spot missing at our table for that baby that didn’t make it.

What I want people to know is that I am so thankful I told so many people we were expecting. While I initially dreaded the number of people I would have to inform of our unfortunate situation, I can’t begin to describe to you the outpouring of support I’ve received from family and friends. The hugs, well-wishes, flowers, cards, and words of encouragement have helped to lift me out of the depression I felt certain I wouldn’t be able to shake. It seems each sweet friend I’ve spoken to has (or knows several people) who have also endured miscarriages–they can empathize with the physical pain, and the emotional blow that inevitably follows.

It is obviously an incredibly personal decision to determine who you will tell, and when you will decide to tell people about your pregnancy. I only know that if the unexpected does happen, you shouldn’t experience that tragedy alone. Miscarriages are nothing to be ashamed of. They are incredibly hard. They suck. Reach out to others for help. Don’t brush it off or feel obligated to minimize your loss–let yourself grieve. If someone you know has had a miscarriage, don’t be scared to offer your condolences or your prayers–what other losses are people expected to grieve alone?? I think you’ll be surprised by how many people will WANT to help you through it. Thank you Thank you Thank you to everyone who is helping us through ours; you’re all angels in my eyes.