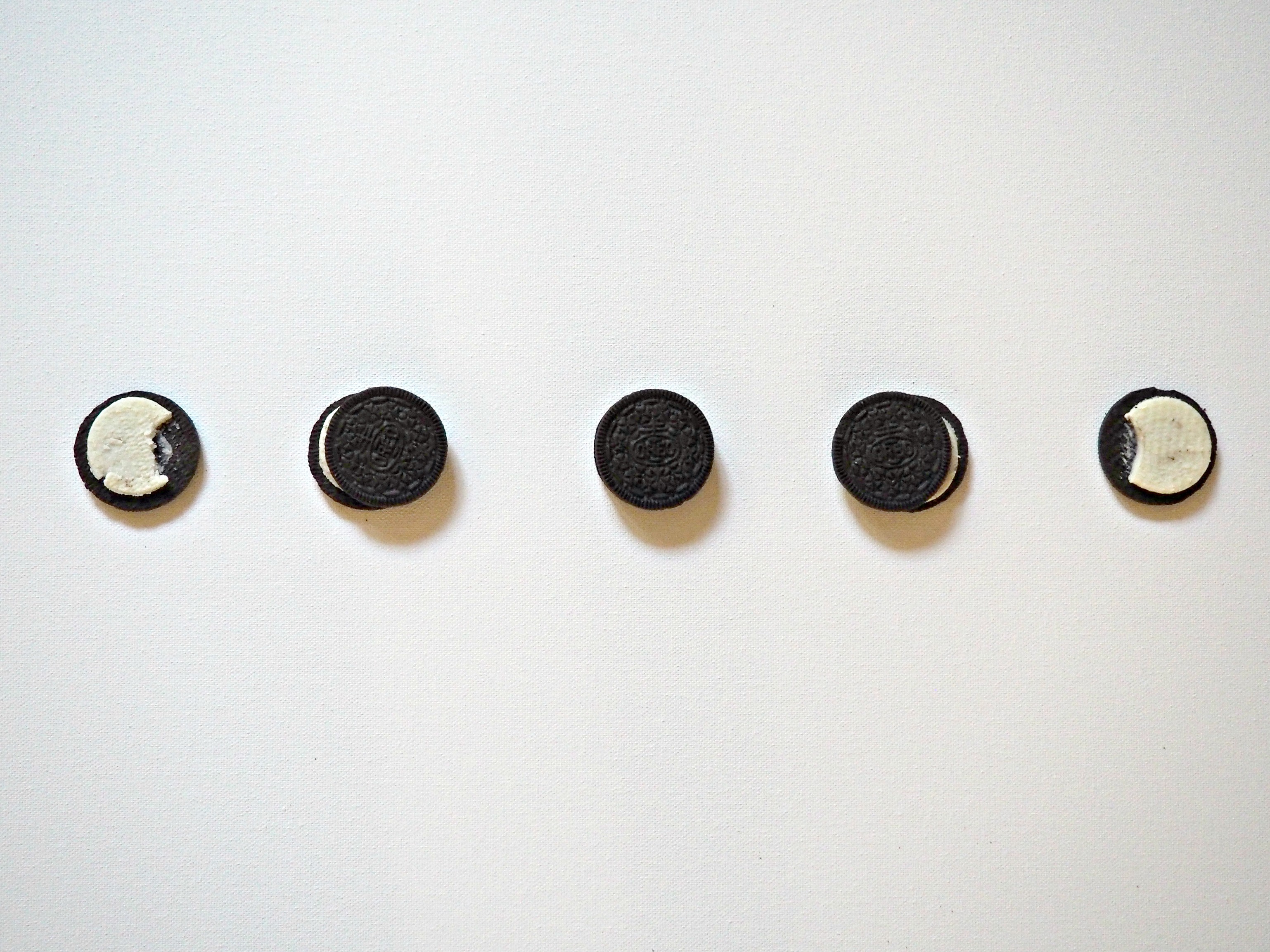 Everyone and their grandmother is ready. They have their NASA approved viewing glasses, schools are prepared to watch the event on television, and after the day is done who won’t be glued to the news or YouTube to watch the moment captured beautifully in picture and video?

But let’s take this to another level. Let’s make this not only a teachable moment, but a tasty one as well. Y’all, step into my kitchen and help me eat this bag of chocolate sandwich cookies I did not ask my husband to get me just for this yummy display. My hips will thank you for it.

First, let’s take a look at the entire eclipse in it’s five stages. According to timeanddate.com annular eclipses, or ring-shaped eclipses, can last over 3 hours in locations where they are visible. From start to finish, the total duration can be over 6 hours but not in a single location. The annularity, when only a ring of fire is visible in the sky, can range from less than a second to over 12 minutes. Take a moment to wrap your head around all this while you start grabbing your cookies.

This is when you and your little ones (or you, your friends, I’m not judging) take your cookies and begin to carefully separate them. It’s okay if the icing comes off. It happens. Just eat and enjoy it, take a shot of milk, and continue. Y’all can use a knife or finger (my preferred method) to remove the icing where needed and as you go you can talk about the different stages of this solar eclipse. Going from your left to the right of the picture above, let’s go to where all good things start, then shall we? The beginning.

First contact: The partial eclipse begins. The Moon’s silhouette starts becoming visible in front of the Sun’s disk. The Sun looks as if a bite has been taken from it.

Second contact: full eclipse, or annularity, starts. The ring of fire appears. For a few seconds just as the annularity begins, Baily’s beads, which look like beads of light , can sometimes be seen at the edge of the Moon’s silhouette.

Maximum eclipse: The Moon covers the center of the Sun’s disk.

Third contact: the eclipse, or annularity, ends. The Moon starts moving away from the disk of the Sun. Once again, Baily’s beads may be visible along the Moon’s leading edge.

Now that you’ve taken a few minutes to eat and learn how do you feel? Smarter? Fuller? Happier that you and your little ones (or you, and your friends, again, not judging), did a little something creative to celebrate this relatively rare event? I hope it’s a little of all three because really, if it involves cookies and people you love shouldn’t the end result be a positive one? Ab-solar-lutely.

Elizabeth has traveld and lived around the globe with her family of four, but no matter where they are their ties to the South follow. She is celebrating their last year in California as they transition back to Japan, and hopes you'll enjoy their day to day, sharing recipes, traditions, travels, and family anecdotes.