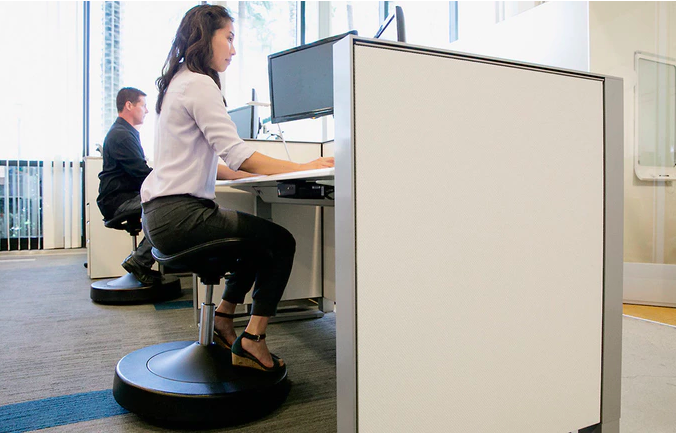 Need to work out but you’re stuck at a desk all day long? This new ergonomic chair will have you exercising your core muscles while you’re sitting at your computer.

The SitTight office chair, which has already raised almost $50,000 on Kickstarter, is an ergonomic stool with a rounded bottom that forces sitters to engage their belly muscles to keep themselves upright (similar to sitting on a yoga ball, which is also a thing at some workplaces and schools). By keeping you in a constant state of motion, the chair aims to combat the negative effects of all-day sitting.

It’s an important step. Science has shown that sitting at a desk all day can cause a host of health problems, including obesity, increased blood pressure and abnormal cholesterol levels. According to a 2014 study published in the Journal of the National Cancer Institute, for every two hours sitting, the average person raises his or her risk of colon cancer by eight percent, endometrial cancer by 10 percent and lung cancer by six percent.

Do you sit at a desk all day? How do you keep your body moving? Tell us in the comments section below.