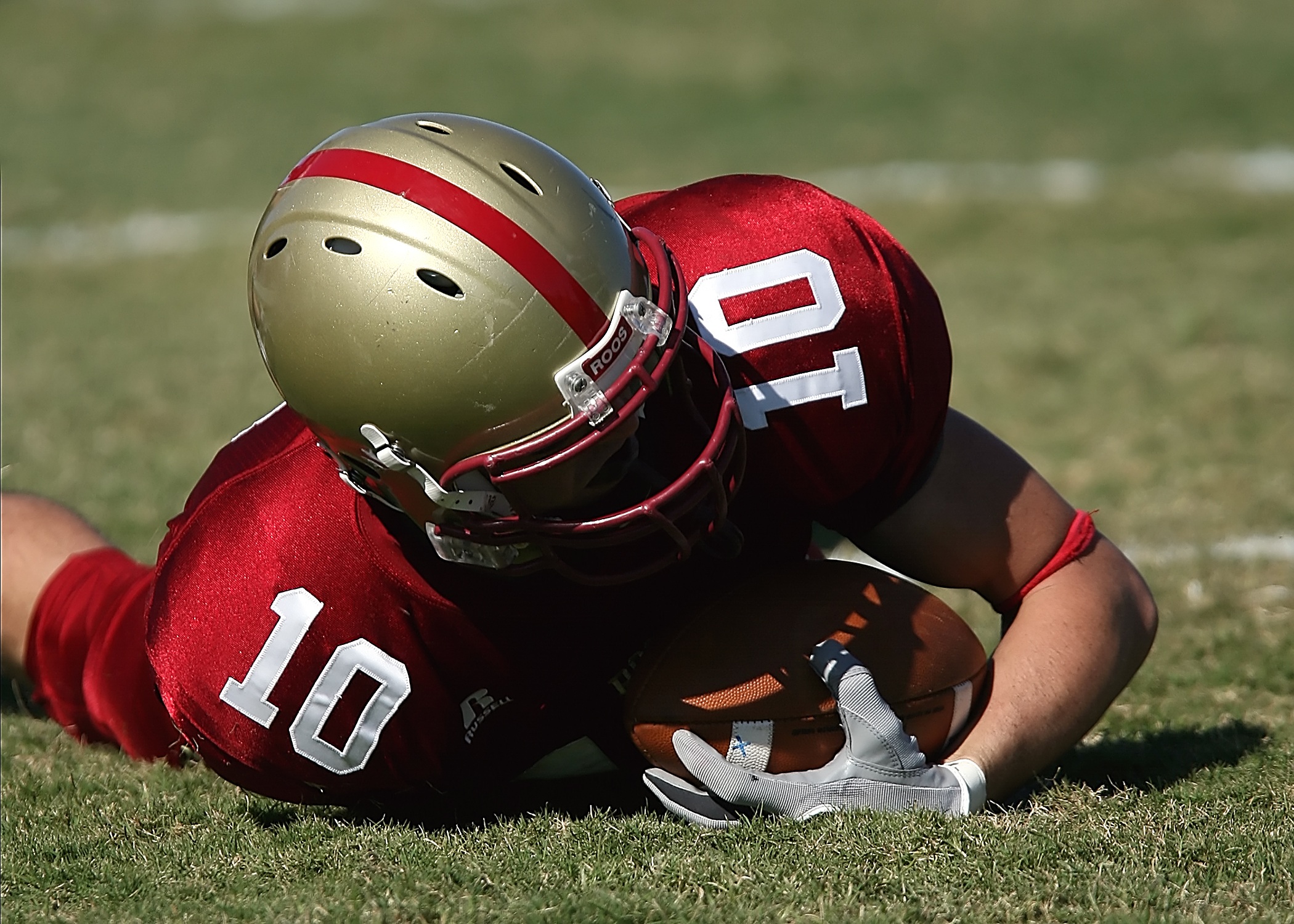 Your kiddo just came home and proudly announced that he wants to play football. And your stomach drops. You’ve heard the stats. Or, maybe you know someone whose child got hit in the head during the game and ended up with a concussion. Oh, how your dread concussions. Even though your pint-sized player can’t wait to get on the field, you’re secretly kind of hoping that he’ll change his mind first. Well, just in case he doesn’t — there’s a new safety test available for helmets.

The National Operating Committee on Standards for Athletic Equipment (yes, that’s a mouthful and we’d rather go by their acronym, NOCSAE) developed a new football helmet safety check.

What’s the difference between NOCSAE’s new test and the older ones used. Primarily, it’s how the helmets are dropped. Football helmets are tested by looking at the linear force on the head. The new test also accounts for how the neck moves. It’s believed that testing rotational force can further help to lower the risk of concussions.

Keep in mind, this new standard for testing won’t eliminate concussions. But it does address some risk issues that previous tests did not. The new standard is seen as an advancement in helmet testing. And starting in June 2018, all football helmet manufacturers will need to meet the new performance standards.

What do you think of children playing football? Share your thoughts in the comments below.