February is an awfully short month, but luckily there’s no shortage of fantastic kid’s concerts in the city! We offer you and your tots one choice selection from each of February’s four weekends, including two super kindie bands from the left coast making rare NYC appearances. 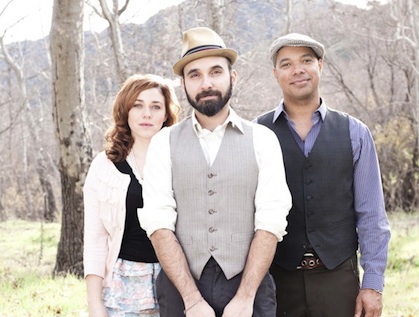 People Magazine loves this sun-kissed L.A. band with a real-life husband & wife duo at its core, and it is easy to see why. Lucky Diaz and Alisha Gaddis, who are quite possibly the most adorable couple of all time, woo their youthful audiences with hyper-charming, up-tempo pop songs about hungry blue bears, summertime lemonade stands, and zooming around the block on your shiny new bike. If there is snow on the ground on this weekend, Lucky & Alisha will melt it and your hearts. 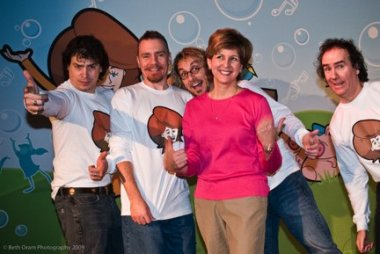 For little ones enamored with Little Red Riding Hood, Cinderella, and playing silly games of Simon Says, there is Boston-based Debbie and Friends, who deliver bright & cheery songs and stories — some new, many familiar — to wide-eyed toddlers and pre-walkers.

*Debbie and Friends will also be performing at the 92Y Tribeca on Sunday, Feb 10th. 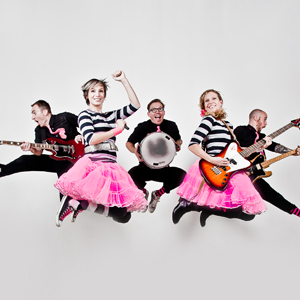 There are two things that distinguish Seattle’s game-of-tag-named quintet The Not-Its! First, the stark black and pink attire they sport on stage is eye-candy at its finest. Second, and most important, is, according to guitarist Danny Adamson, the band’s desire to “shred your face off” in concert. Fear not, that goal isn’t nearly as frightening as it sounds! Danny and crew, including vocalist Sarah Shannon from 90’s indie rock band Velocity Girl, bring the crunchy, Fugazi-esque post-punk of their youth to the youth of today with songs about being the “First Kid In Outer Space” (video below), one bad “Puppy Dog”, and math class, and the result is one of the best live kindie bands you will ever see. Added bonus: this is their NYC debut! 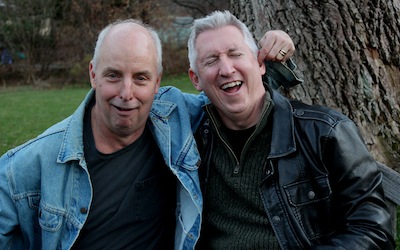 Bill Harley is a 7-time Grammy nominee (including, again, this year). Seven! And he’s a two time winner, and after seeing him in the city this month you will quickly understand that this is no fluke. With decades of storytelling experience and songwriting craftsmanship under his belt, there isn’t a human being on Earth my own children would rather listen to spin a yarn about grade school field trips or explain away why some pillows sing. Harley teamed up with friend, and fellow songster and storyteller, Keith Munslow on It’s Not Fair To Me, a hilarious batch of new songs about ugly sweaters and lessons on perfecting your “Stinkeye.” Together they will bring their goofball songs and antics to the stage to close out the shortest month of the year.

Will you be rocking out at any of these February shows? Which ones sound like a hit for your kiddie concertgoers?