Riding the subway with kids can be, to put it mildly, taxing: trying to get them a seat, or at least remain right next to you despite the rush-hour crush; if they do get a seat, making sure they’re not kicking anyone, talking too loud, or putting their tongues on anything; and wrangling backpacks, favorite dolls, and–God forbid!–a stroller up and down the stairs and through the turnstiles. But if you plan ahead and pack light, the subway can offer an afternoon’s worth of secret sights and activities–all for a $2.25 ride. 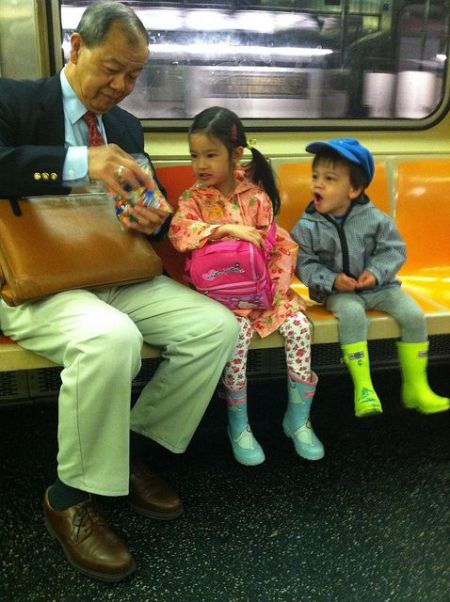 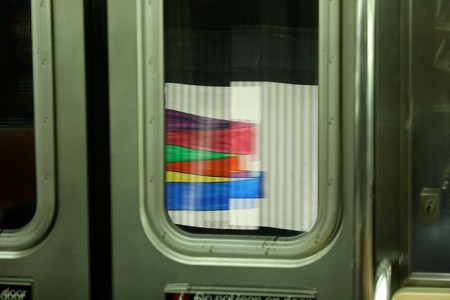 Hop on the Manhattan-bound B or Q train in Brooklyn and look to the right as you leave the Dekalb Avenue station, bound for the bridge. As you whiz by, take in Bill Brand’s “Masstransiscope,” a brightly-colored zoetrope made up of a rapid succession of still painting panels that give the illusion of shapes shifting and moving. There are also literally dozens of stations that display photographs, murals, mosaics and sculptures you can enjoy while standing still. NYCSubway.org offers a handy guide. 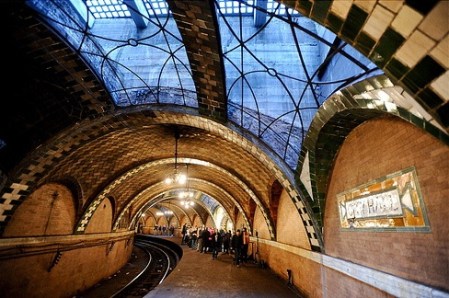 In 1904, an ornate City Hall subway station was completed, featuring gorgeous tile work, expansive skylights, and hanging chandeliers. But in 1945 it was shut down due to lack of traffic and an unsafe gap in the platform created by the curvature of the subway tracks. If you’re a museum member and have $40 per person and a few hours of time to spare, sign up for a guided tour through the New York Transit Museum–the kids will love being able to hop off the train and explore the mini underground museum. But if you’d rather get the quick and cheap tour, simply stay on the downtown 6 train after it makes its “last stop” at the Brooklyn Bridge station (as of 2010, the conductor is no longer allowed to force you off). As the train loops back around to the uptown track, look to your right to see the 400-foot platform!

Other hidden stations viewable from moving trains include:

Take a Break(dance)
Linger on the Brooklyn-bound Q train after school gets out (especially around the 5 pm rush) to see breakdancing subway buskers perform gravity-defying feats on the poles.

Go Back in Time 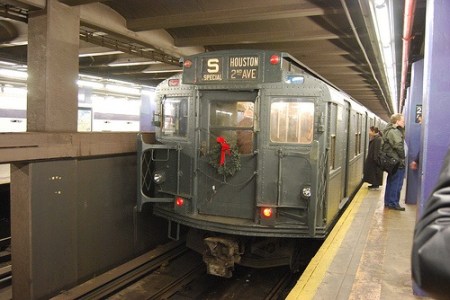 Each year between Thanksgiving and Christmas, the MTA puts R1 and R9 subway trains from the 1930s and 40s back on the tracks as part of its Nostalgia Shoppers’ Special Train promotion. Catch a ride in vintage style–complete with old-school ads and wicker seats–on the M or F line between Queens Plaza and 2nd Avenue.