Interested in helping a little urbanite develop a sense of wonder and excitement about the natural world, but don’t know your pistils from your perennials? Then run don’t walk to the brand spanking new Discovery Garden at the Brooklyn Botanic Garden, where — its creators promise — “curiosity takes root.” With three naturalistic habitats, hands-on activities, an acre of space (and a giant bird’s nest!), you’ll see why that’s almost inevitable. 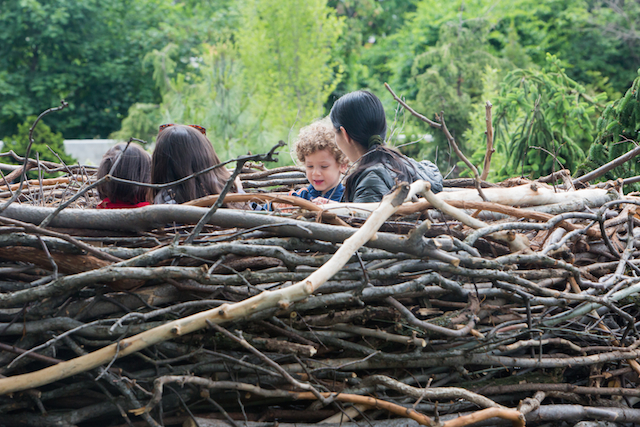 A project 10 years in the making, the new Discovery Garden is located at the Southwest corner of the Brooklyn Botanic Garden, adjacent to the site of its much smaller predecessor. (The new garden is four times the size of the previous one, and its debut coincides with the re-opening of the entrance to the BBG at Flatbush Avenue and Empire Boulevard.) The BBG enlisted award-winning firm Michael Van Valkenburgh Associates to design the kid-centric garden, the group that’s also the botanic brains behind the massive Brooklyn Bridge Park project and its impressive naturalistic settings.

Not only is the Discovery Garden bigger, it’s designed to appeal to kids of a much broader age range. The previous incarnation served kids ages three to six; the new garden targets visitors ages one to 12, with a variety of different zones and activities for each group. No matter what a kid’s age, the new garden is designed to encourage investigation through open-ended play, lots of hands-on experiences and scientific inquiry. 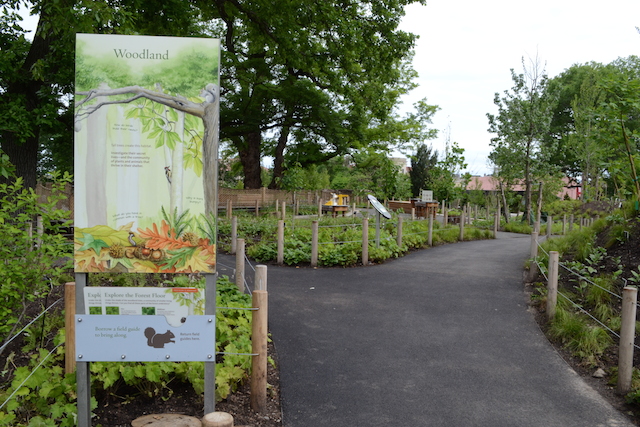 While the footprint of the new garden is certainly not small, its design of shifting elevations, winding paths and distinct zones makes it feel that much more expansive.

Three immersive and wild natural plant communities of Woodland, Meadow and Marsh account for the majority of the garden. Each section features interactive, mechanical (i.e. not electronic) science activity stations where kids can play, experiment and build while learning about the natural habitat. In the woodland section, kids can build a bird’s nest with available twigs (in that big bird’s nest, no less), weigh and play with pinecones and nuts, while in the marsh area visitors can scoop up pond water and try to identify the tiny critters living in it. In the meadow, kids can collect and add to an existing natural “curiosity” collection display and fill watering cans using a hand pump and half-pipes. Should you or your budding botanist need any help or have any questions, BBG “Discovery Docents” will be on hand at each station.

In addition to interactive elements, the garden paths are punctuated with signs pointing out aspects of the plants and animals found in each of these natural environments, and laminated field guides provide additional ideas on how to explore the habitats with kids. (There’s also a little grassy hill that’s perfect for rolling down just for fun.) 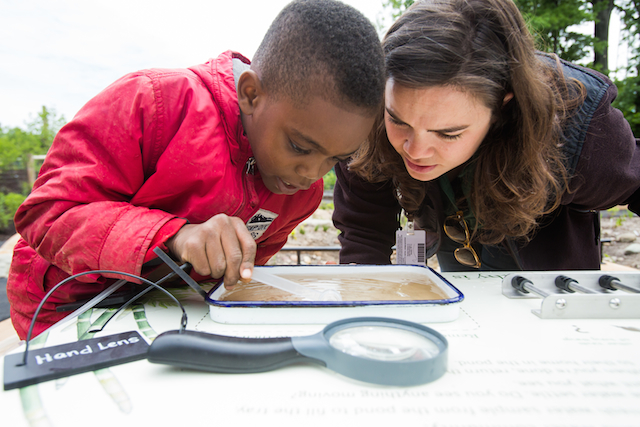 In addition to the three naturalistic habitats, the Discovery Garden also features the Hamm Children’s Learning Courtyard, which is is dedicated to the cultivation of flowers, fruits and vegetables. Kids can get hands-on experience gardening, working with soil and compost and more in an on-site pavilion.

The nearby Four Season Garden provides kids with the chance to explore a garden using their senses, observing shape, texture, color and smell. (Lots of pretty and unusual-looking plantings that evolve throughout the year.) 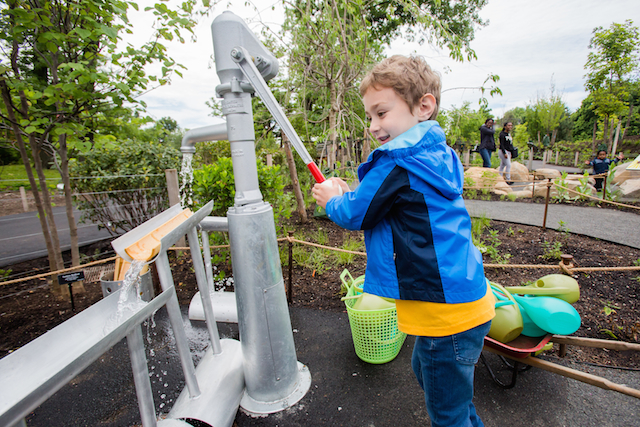 Get with the Programming

Visitors will find plenty to do here any day of the week (except Monday, when the whole BBG is closed.) But the Discovery Garden also offers a slew of free programming to take advantage of as well, including drop-ins and special events. (School and camp groups will also be visiting the new garden.) Programming is included in BBG admission, which means if you come when the garden is free — Tuesdays and Saturdays from 10 a.m. to noon — it’s free! (Note: kids under 12 are always free.)

Kid’s Discovery Station will give children the chance to get their hands dirty at various spots in the Garden. Activities include making mud pies, pollinating flowers with paintbrushes, investigating water plants and more. (Tues. – Fri., 10:15 a.m. – 12:30 p.m., July 7 -Aug. 28.) 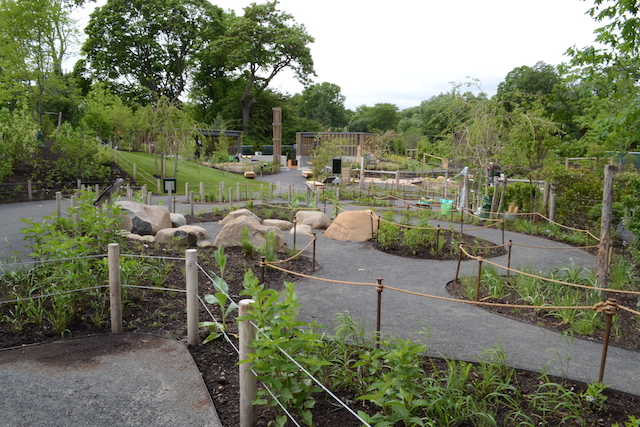