Come Out & Play sounds almost too good to be true: a free, multi-day event devoted to bringing people of all ages together to play new and fun games in public. The things is, it’s not, and Come Out & Play descends on New York this weekend in two locales, Brooklyn’s waterfront neighborhood of Dumbo, and the sprawling, grassy parade grounds on Governors Island. We got the lowdown on what you can expect from the 10th Annual Come Out & Play, including a new section created especially for the tiniest of gamers. 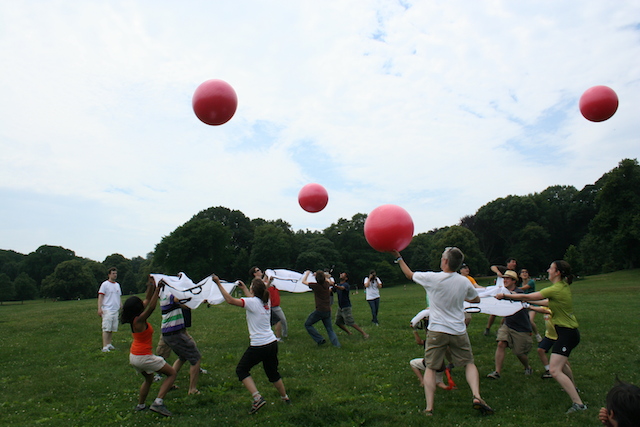 Come on, Come Out!

Come Out & Play is the brainchild of a group of game designers, enthusiasts, and developers dedicated to providing a forum for new types of public games and play. (They also obviously know how to have a good time.) For 10 years running, the festival has invited New Yorkers of all ages to come and play new takes on old classics, undiscovered gems and completely new game creations.

The games featured are selected from an open call for concepts each spring; this year, in honor of the 10th anniversary of the event, some perennial favorites will be returning. In addition, the winner of a game design competition for teens, “Moving Target” will be included in the event. 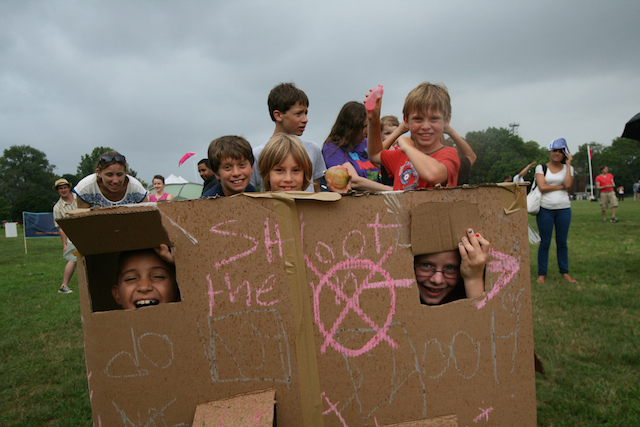 The main events of Come Out & Play take place on Saturday, July 18 on the Governors Island Parade Grounds, the same spot where much of the festivities of the FIGMENT Festival take place.

The first, Come Out & Play Family Day runs from 11 a.m. to 4 p.m., and will feature games specifically designed for families and children of all ages. The theme of time travel will connect all of the original games, which will integrate ball pits, craft activities, postcards to the future, a Time Travel Agency and more. Kids can also take part in “Spaghetti Standoff” (involving, yes, an uncooked noodle), “Short Order” which finds them assembling dishes for “waiters” or theFilipino folk game Filipino Dodgeball.

A new section devoted exclusively to toddlers, T.O.T.S. (Travelers of Tiny Size) will be a part of Family Day this year. Designed around the Sprout network preschool series Poppy Cat, this area will encourage young children to play imaginatively through role play and storytelling.

All Family Day games will run multiple times, so you’ll be able to play whether you come early or later in the day. 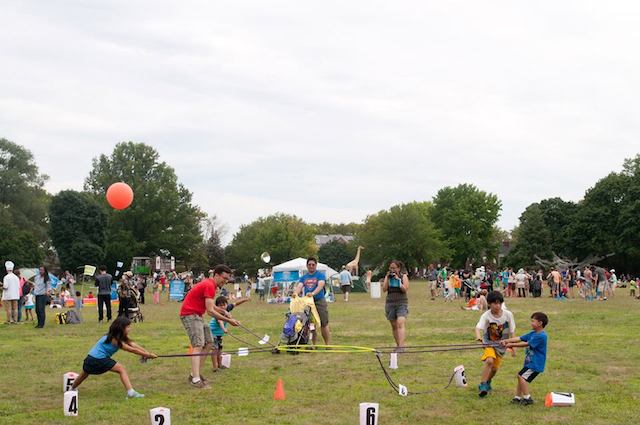 Happening simultaneously (from 10 a.m. to 5 p.m) on the same parade grounds will be Come Out & Play Field Day, which features new field games for adults and older kids. (Each game is marked with a flag indicating what ages the game is appropriate for.) Some integrate new technology like smartphones, while others just put a new spin on how to play with a red rubber ball; all have been selected for their originality, fun factor and novelty in relation to the other games included in the fest (so gamers won’t encounter five new takes on bocce.) 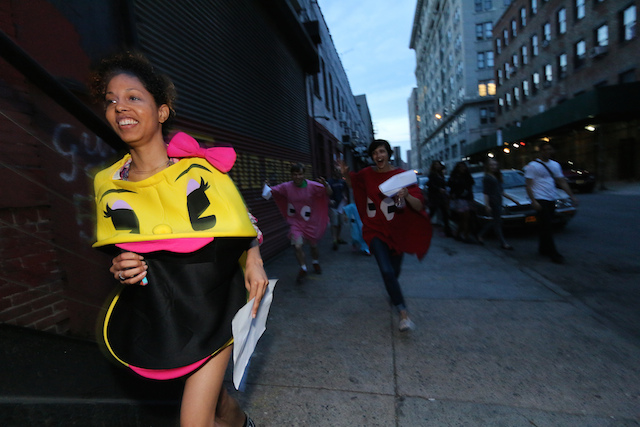 For the Night Owls

So psyched you can’t stand it? Then you may be interested in Come Out & Play After Dark, the portion of the event the skews toward the teen and adult set and features an evening of night games. Taking place in DUMBO on Friday June 17, it promises to transform the Manhattan Bridge Archway Plaza and surrounding streets into a “giant arcade” with a mix of social party games, large physical video games and wild street games, often including an element of tech.

You can expect both public spectacle and games of a smaller scale. Games planned include “Outside Line”, a phone-based narrative scavenger hunt; “Chirp Club”, a massive, multiplayer video game played with cellphones and “Abba Babba”, a game that asks players to communicate in a weird, made-up language. (The reality is it might just be fun to be around while all this is happening, without entering the gaming fray. Sign up for each game is on a first-come, first-served basis the evening of the 17th.) 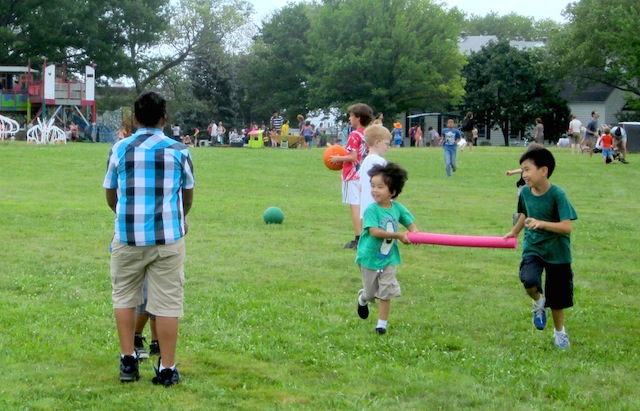 While Come Out & Play will not be selling food, you’ll find a variety of food vendors on Governors Island.  As you arrive at Come Out & Play, you will be given a map of the island indicating where the basics, including bathrooms and other attractions are located.

To get to Governors Island, take the Governors Island Ferry, which departs from Manhattan and Brooklyn. Cost is $2 for adults and free for kids ages 12 and under. Schedule info is here. You can also take the East River Ferry for $6. Click here for schedule info.

To reach Come Out & Play After Dark, take the F train to York Street.

Will you be at Come Out & Play? Let us know in the comments below!