The circus named for New York has returned to Lincoln Center for its 38th season, bringing with it an international crew of incredible performers,  slapstick clowns, a live band and even some majestic stallions and pretty cute ponies. Here’s what you can expect from the little circus that does good under the big top in midtown. 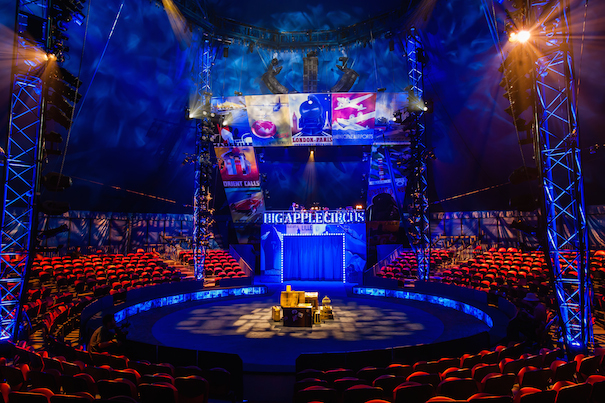 Big Apple Basics
Founded in 1977 by performers Paul Binder and Michael Christensen, the Big Apple Circus is much more than just a touring spectacle of amazing acts. It’s a nonprofit organization that in addition to staging a new traveling show each year, is committed to bringing the joy and wonder of circus to everyone, regardless of physical or cognitive ability or economic circumstance.

The Big Apple Circus “Clown Care” program brings circus performances to 15 leading pediatric hospitals in the U.S.; “Circus of the Senses” is a production created for children and adults with vision or hearing impairments and/or other disabilities; “Big Apple Circus Embraces Autism” provides performances with modified lighting and sound for children on the autism spectrum, and “Circus for All” distributes free and subsidized tickets to schools and nonprofit organizations serving low-income children and families.

But you shouldn’t go to the Big Apple Circus because they do good; you should go because it’s great! 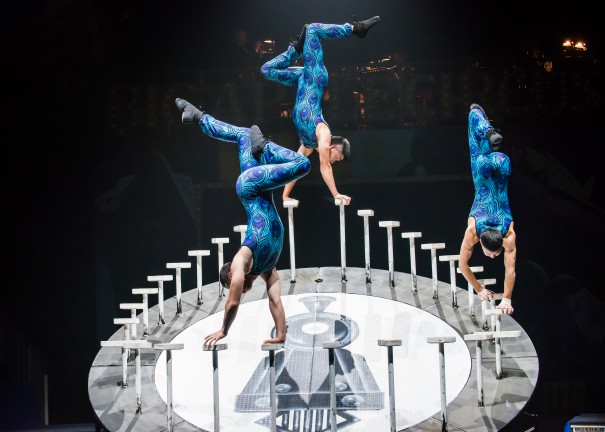 One Ring, Big Fun
For a lot of people, “circus” brings to mind a massive, three-ring spectacle, often incorporating elephants; that’s not how Big Apple rolls. Instead, the Big Apple Circus provides an almost intimate, up-close-and-personal — yet thrilling — experience in a single ring, more akin to the traveling circus shows way back in the day. The organization proudly notes that no seat in the tent is more than 50 feet from the action.

The theme of this year’s production, which is making its world premiere at Lincoln Center, is The Grand Tour. The two-act, two-hour show celebrates the 1920s and the dawn of modern travel, and takes audience members on a worldwide journey via trains, planes and automobiles. The set is decorated with lots of jazzy travel posters from the era, and all of the performers are decked out in stylish 20s threads such as flapper dresses, early aviation getups and sailor outfits. A live, seven-piece band perched in a balcony above the action provides energized accompaniment to all of the action in the ring. 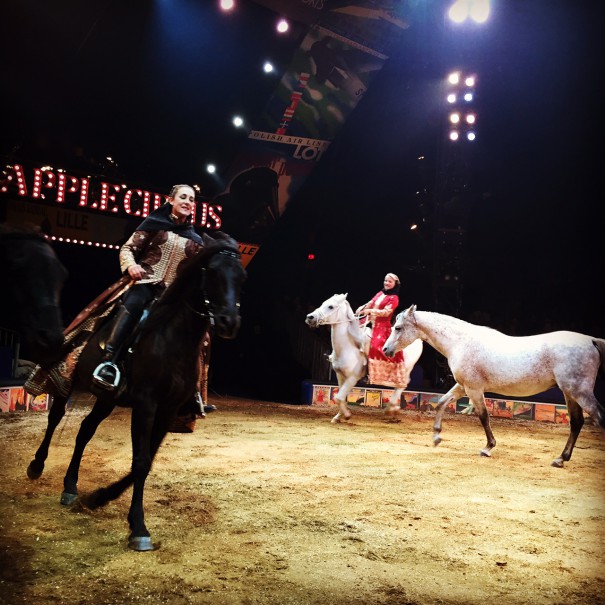 You Won’t Believe Your Eyes!
A ringmaster and clown duo contribute both structure and humor throughout the show, providing interludes and introductions to the various acts, which include solo performers, troupes and trainers with animals. There isn’t a dud among this collection of international performers, and everyone in the family will be amazed if not thoroughly entertained; the three-year-old we attended with had a great time, and so did we.

Soloists include juggler Alexander Koblikov and ninth-generation (!) circus performer Chiara Anastasini, who does amazing things with hula hoops, and aerialist Sergey Akimov who soars over the crowd in a pinstripe suit. African troupe Zuma Zuma brings high-energy acrobatics and some intense abs, while the Dosov Troupe launches its members sky-high via sea-saw and the weight of a couple people; Chinese act The Energy Trio form incredible gravity-defying configurations.

The first half closes with the nail-biter “Wheel of Wonder” routine by Eric and Jayson Moninguez, and third-generation circus animal trainer brings the literal dog and pony show in both acts, as well as a thrilling display of horses galloping around the ring. (Horses up close are pretty intense!) 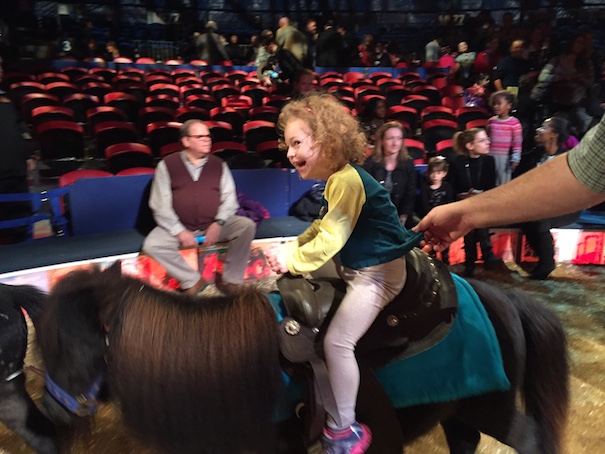 All That and Pony Rides Too
You or your little companion may be happy to know that even though you’re at Lincoln Center (Big Apple raises its tent in the performing arts complex’s Damrosch Park) this show has all the trappings of the circus for sale, such as popcorn, cotton candy and gizmos that light up for extra circus fun.

An added bonus is the chance to ride on a real live pony without an agonizing wait. (Kids can saddle up after the first act and after the show; it’s a $10 ride, but the kids love it and remember: this is a non-profit circus.)

Some Big Apple tix tips:
Children under 3 years old are free if they sit on the lab of an adult (one child per adult).

On select Wednesdays and Thursdays, tickets for a shortened show (75 minutes with no intermission) are buy one get one free.

Click here for dates and pricing and to buy tickets

Will you be heading to the Big Apple Circus? Tell us in the comments below!