Double Dutch, that quintessential NYC sport of quick feet, concentration, mesmerizing athleticism and artistry, has a long history with cultural institution Lincoln Center. The arts complex was home to Double Dutch competitions in the 1970s, and now, after more than 30 years, the sport is not only returning to the plazas, it’s taking them over for an entire weekend. Read on to find out how you can jump in! 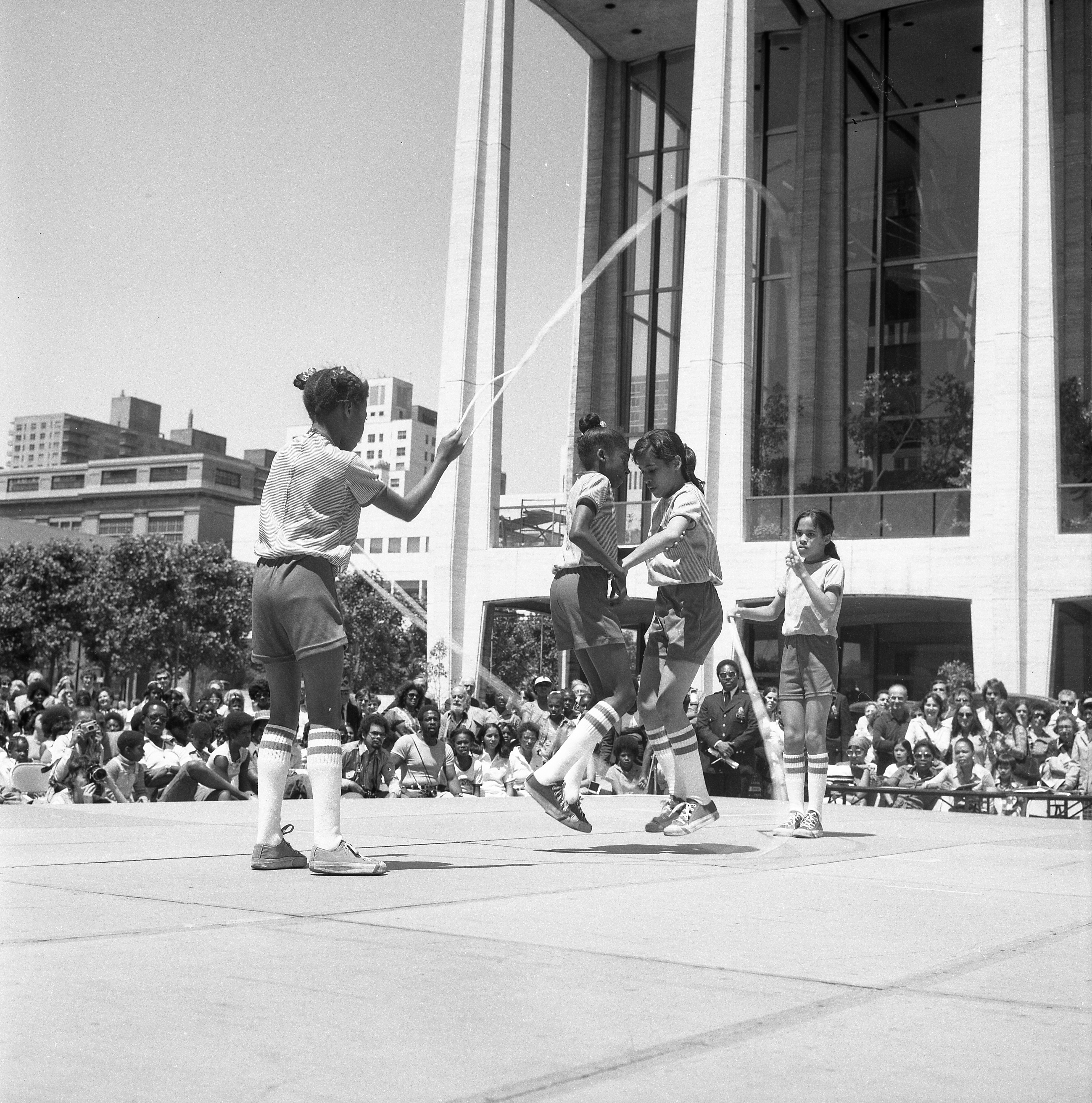 All Double Dutch All the Time
Whether you and the kids want to see some double dutch live, jump in yourself, or learn more about the history of the sport, this weekend is for you. In addition to seeing pros work the ropes, the special event will also feature film screenings and panel discussions, as well as the Double Dutch Summer Classic National Competition. Plus: An 80s-riffic Double Dutch dance party as a grand finale! 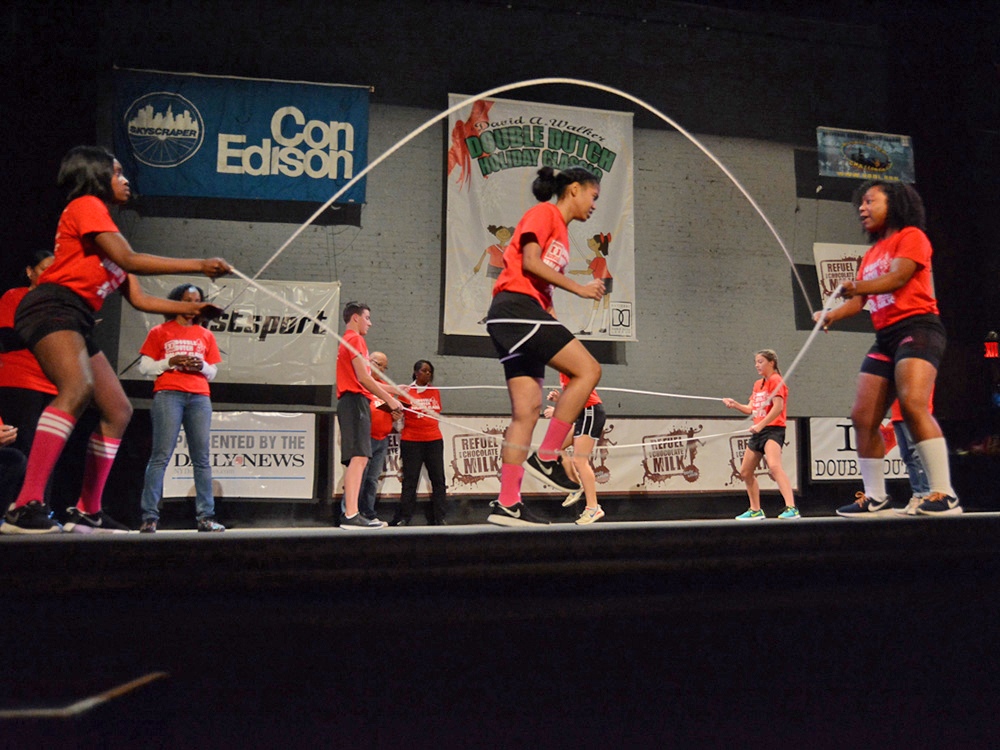 Double Dutch Open Jump led by the National Double Dutch League™
Participants of all ages and levels can showcase and refine their skills at jump stations across the plaza. 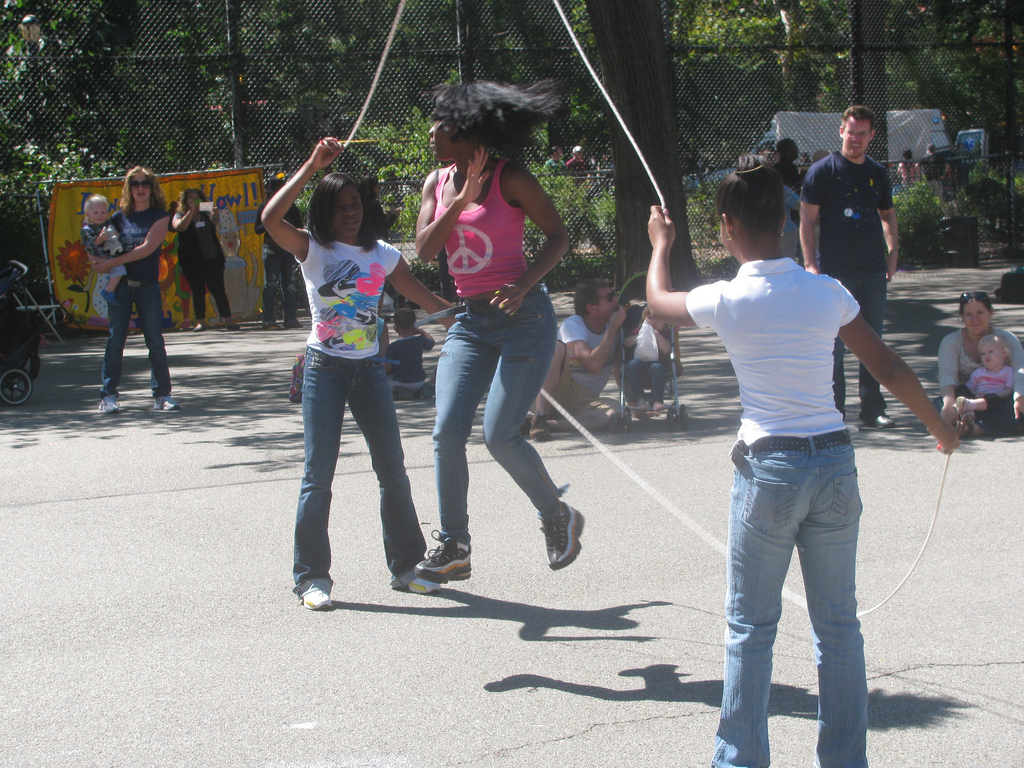 Discussion
Living Legacy: Double Dutch’s Impact on the Arts and NYC
Learn about the influence of Double Dutch on the arts and the city at this discussion with some of New York City’s most dynamic artists and cultural purveyors. Panelists will include: Rokafella (pioneering b-girl, co-founder of Full Circle Productions), Mikki Shepard (former Executive Producer of The Apollo), and more. Moderated by Kaisha Johnson (Founding Director of Women of Color in the Arts). This panel is organized by Women of Color in the Arts

Film
Pick Up Your Feet: The Double Dutch Show
Take an inside look at Double Dutch through this short cinéma vérité-style documentary chronicling young New Yorkers as they traverse the sport, and the city, in their journey to the 1981 World Invitational Double Dutch Championship at Lincoln Center.

Post Film Talk-back
Double Dutch: Something to Call Our Own
Stay after the film for a dialogue with The Fantastic Four, the pioneering team featured in Pick Up Your Feet who helped propel female athletes and the New York City tradition of Double Dutch to the international stage. The talk will be followed by a reception recognizing the people featured in the film.
Panelists include Marlene Cruz (DD Tigers), Delores Finlayson (Fantastic Four), Brenda Morgan (Jumpin Joints), and Zenobia White (Double Dutch Dynamos)
Moderated by Mikki Shepard, Former Executive Producer, The Apollo Theater. Organized by Women of Color in the Arts

Double Dutch Summer Classic National Competition
Teams from across the country showcase their speed, skill, and artistry as they vie for the championship in this official competition organized by the National Double Dutch League™, the official organizing body for the sport.

Something for the People
The weekend concludes with an exuberant finale from Momma’s Hip Hop Kitchen, a socially conscious collective dedicated to empowering women through hip-hop.

Will you be heading to Lincoln Center’s Double Dutch weekend? Let us know in the comments!